As of Oct. 22, police data shows the homicide rate for Columbus has increased 63%, while Chicago's has risen 34%. 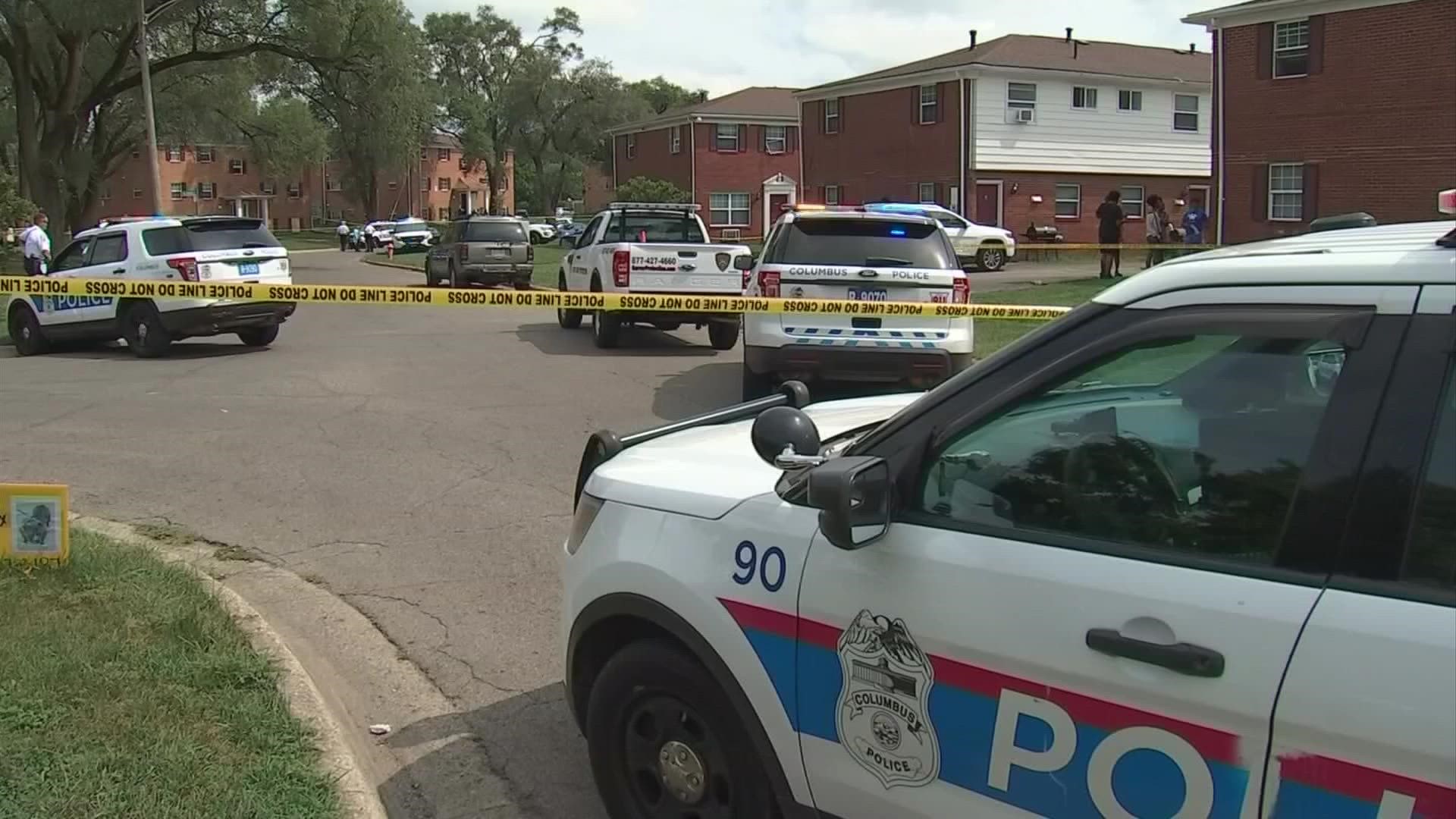 COLUMBUS, Ohio — With two months left in the year, the city of Columbus has recorded 175 homicides, nearing the high of 178 set in 2020. The 175th homicide happened outside of a Target store near Easton just before noon on Monday.

But how does Columbus compare to other cities?

To help understand how much homicides have increased in Columbus, we took a look at the raw numbers going back to 2019.

Data provided to 10TV from the Columbus Division of Police shows homicides in the city went up by 67% from 2019 to 2020.

Data from the Chicago Police Department shows homicides in that city went up 55% during the same time period. Both cities broke highs in 2020.

We also broke down the homicide data for Chicago by population per 100,000 residents.

Chicago’s homicide numbers so far this year are behind last year’s but in Columbus, the numbers are still going up.

The homicide rate in Austin, Texas is also up, according to numbers from their police department. Austin has a similar-sized population to Columbus.

We asked Columbus Mayor Andrew Ginther about the percent increase in Columbus, “I mean, I'd love to look at your statistics. There are lots of statistics. I just saw something the other day that had Columbus as the safest big city in the state. There's lots of different ways to look at data. This is the issue, one homicide is too many.”

The most recent data released from the FBI shows that Columbus was the safest big city in Ohio in 2019 when it comes to violent crime. That includes homicides, murders, and assaults.

Those numbers are from before Columbus broke its homicide record last year and again this year.

“Taylynn is definitely a character. Everybody loved him. He is a sweetheart,” Tacara Key said.

Tacara’s husband, Talynn, was shot and killed in their home on the 2000 block of Berrell Avenue on Aug. 29 by a family friend. She can’t help but smile adoringly when she looks at pictures of him to keep the good memories of him alive.

“Taylynn was basically executed in front of our children,” Tacara explained.

Tacara has decided to stay in the home, and care for their seven kids ages 1 to 15.

She joins a group of growing families in the city of Columbus grieving loved ones because of the violence.

“We also understand that crime, homicide and violence is manifestations of other social ills. We have to find the resources around the city, and even around the state to be able to bring those resources and those programming to our communities so we can get our kids, and a lot of this is perpetrated by young adults,” Clark said about a solution.

So far Columbus police have solved about 50% of the homicides this year in the city.

Last week, 10 Investigates reported that between 2017 and 2021, there have been 660 murders and Columbus police have made arrests in a little more than half of them.

The map below shows every murder in Columbus since 2017.

You can read more about the investigation that shows "no arrests deserts" in Columbus and how a street code of "no snitching" is pushing retaliation and silence over cooperation with police here.

Editor's Note: 10TV previously reported the highest number of homicides recorded in Columbus in a calendar year was 175 (reported in 2020). The Columbus Division of Police issued an update on Nov. 19, saying its records changed to reflect 177 homicides that occurred last year due to delayed deaths and one reclassification.