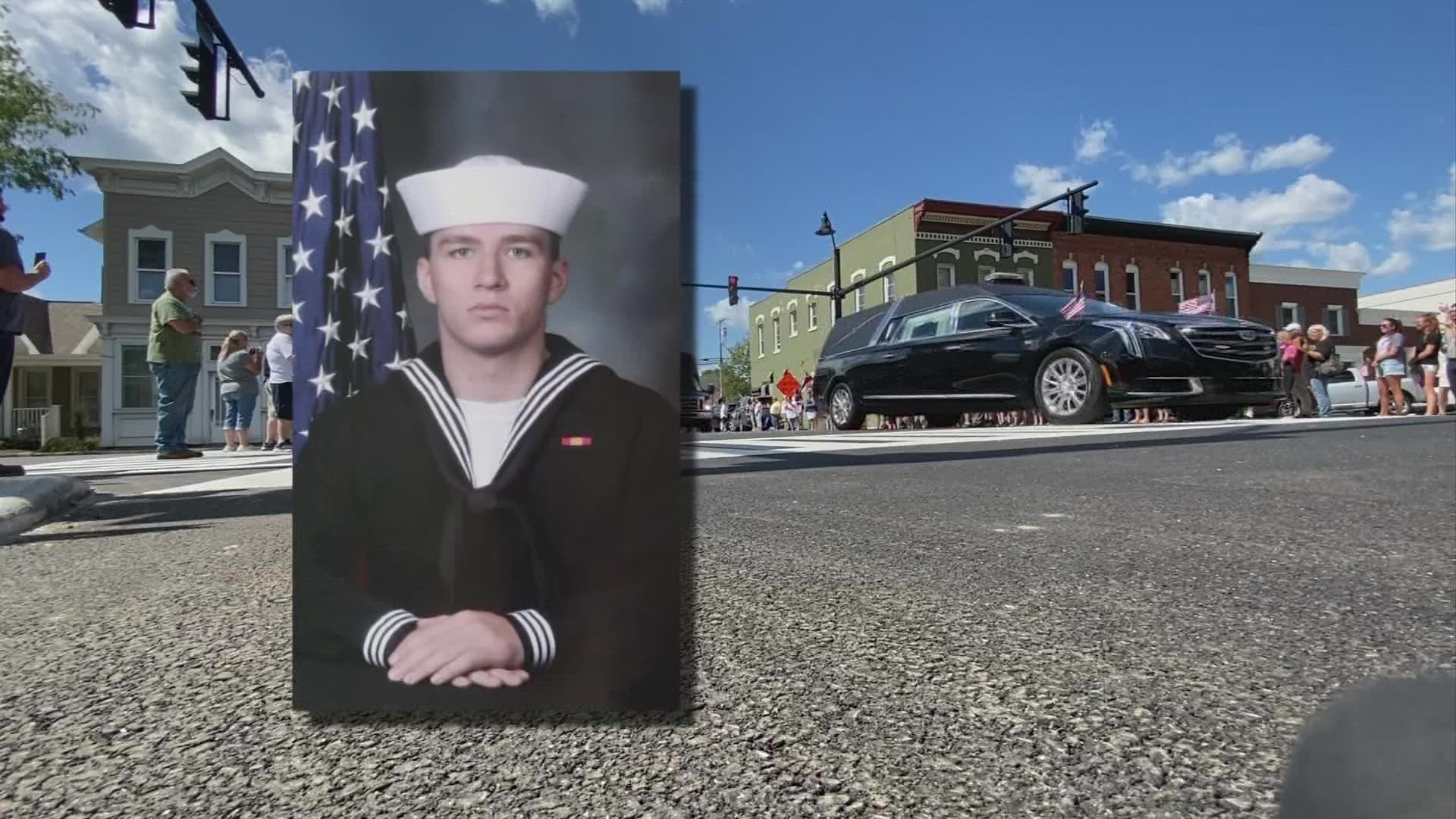 CLEVELAND — The remains of a Navy Hospital Corpsman who was one of 13 U.S. service members killed in an attack in Afghanistan returned home on Wednesday.

Max Soviak, who was from Berlin Heights in northern Ohio, was killed in a bombing attack on Aug. 26 at an airport in Kabul.

Soviak's remains arrived at Cleveland Hopkins International Airport on Wednesday. The arrival was followed by a procession to Soviak's hometown, where community members waited to honor him.

“He didn’t deserve this, he was out there helping. He was a medic, he wasn’t in battle, so I just want to say thank you to him for everything that he did and for saving as many lives as he could while he was out there,” said Leah Krul, a family friend.

Soviak enlisted in the Navy in Sept. 2017 and graduated from Recruit Training Command in Illinois in November that same year.

In honor of Soviak's actions, the Navy posthumously advanced the 22-year-old to the rank of Hospital Corpsman Third Class on Sept 2.