Family and friends remember Max Soviak as a friendly, well-liked guy who amused others. 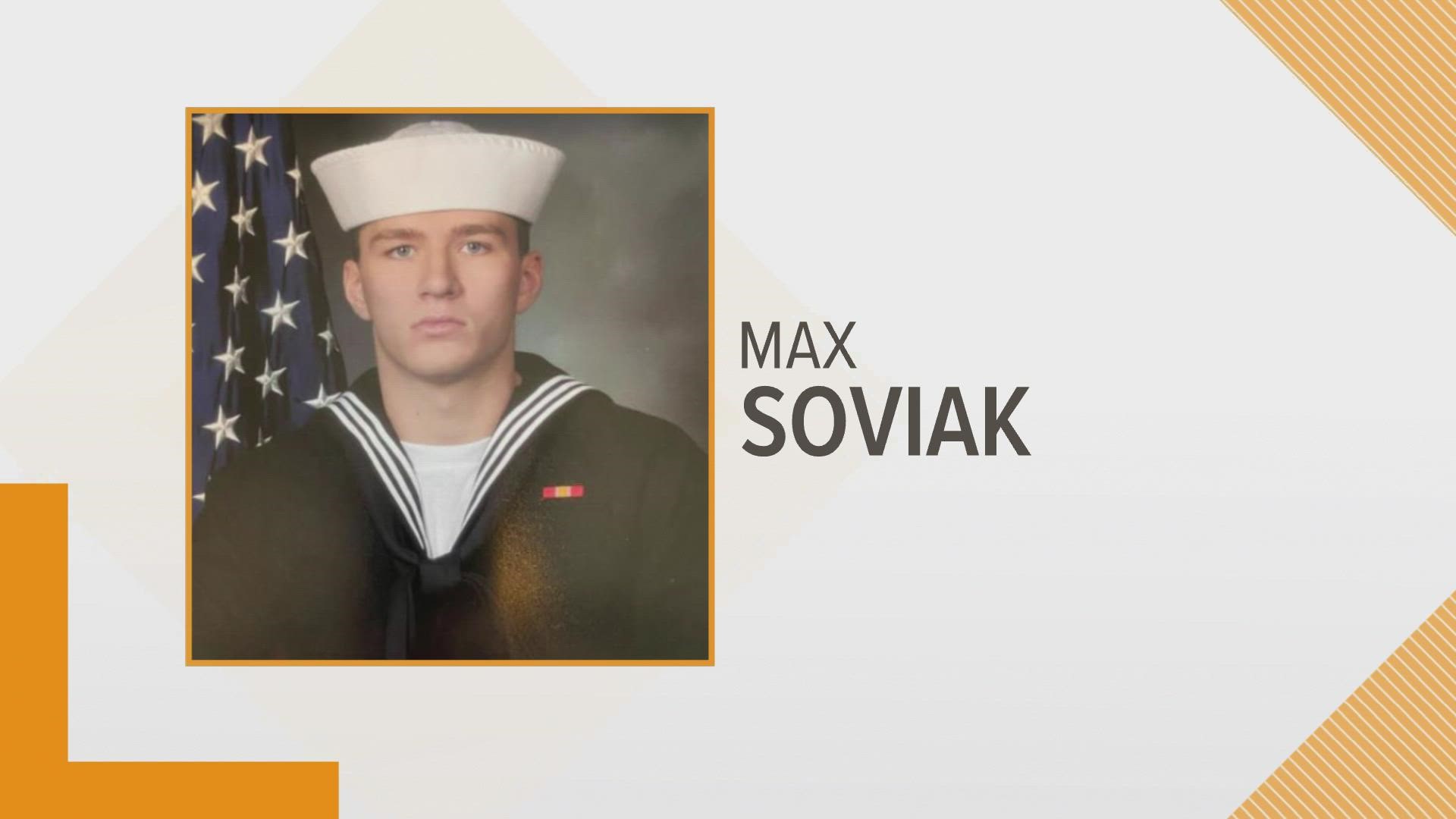 MILAN, Ohio — Family and friends have gathered at Edison High School in northeast Ohio Sunday to remember and pay tribute to Maxton William Soviak, who lost his life in Afghanistan this past week.

Soviak, of Berlin Heights, and 12 other U.S. service members were killed Thursday in a suicide bombing at Afghanistan's Kabul airport, where there were efforts to get Americans and Afghan refugees out of the Taliban-controlled country.

Terror group ISIS-K has claimed responsibility for the attack, which also claimed the lives of more than 160 Afghans.

Before enlisting in the U.S. Navy, Soviak was a member of the state champion wrestling team and made the final four football playoffs two years in a row. He had 12 brothers and sisters.

Soviak enlisted in September 2017 and attended Hospital Corpsman School in San Antonio, Texas, before postings in Guam and at Camp Pendleton.

"Max was a wonderful son who loved his family, his community, and was proud to serve in the U.S. Navy," the Soviak family said in a statement. "Words cannot express how heartbroken we are with this news and we will miss Max tremendously."

In his final words to his mother over FaceTime, he reassured her he would be safe, they said.

On Saturday, dozens gathered in downtown Milan for an impromptu vigil for Soviak, with State Rep. Gary Click serving as emcee.

Hours before the vigil, the bodies of Soviak and the 12 other service members returned to U.S. soil, being greeted at Dover Air Force Base in Delaware by President Joe Biden and First Lady Dr. Jill Biden. Funeral arrangements for Soviak have not yet been made public.