The student and his friends were walking near Indianola and Woodruff avenues shortly after 2 a.m. when the incident took place. 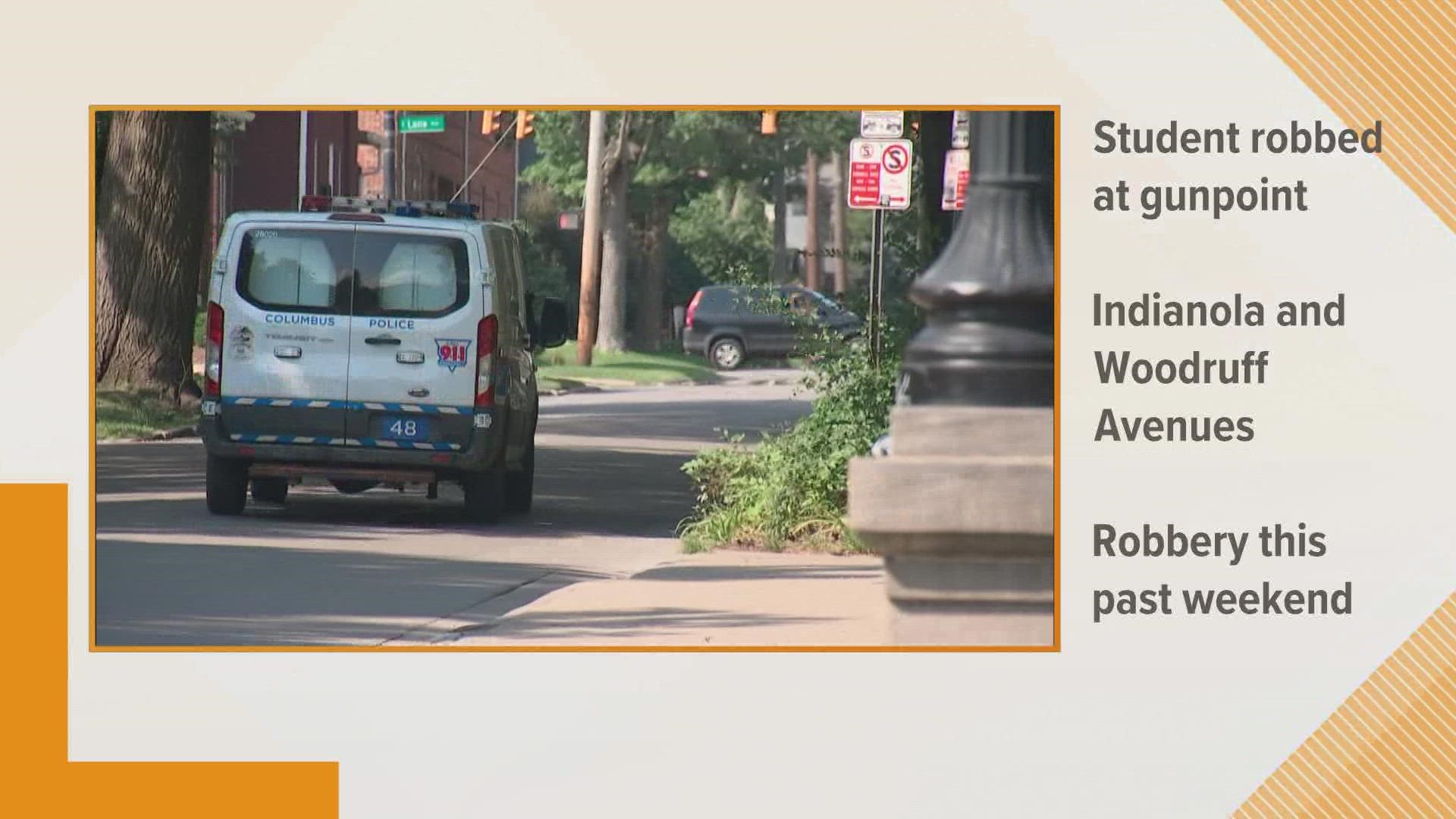 COLUMBUS, Ohio — An Ohio State student was robbed at gunpoint while walking with his friends near campus early Wednesday morning, according to a safety notice issued by campus police.

The student and his friends were walking near Indianola and Woodruff avenues shortly after 2 a.m. when the student told officers two suspects suddenly appeared, pointed a gun, and demanded his items.

The student told officers he handed over his cell phone before running away. According to the release, the suspects also left the area. No injuries were reported during the incident.

The robbery is not the first to happen around campus in recent weeks. The latest took place Monday, when Columbus police say a student was robbed at gunpoint while walking to his dorm near King Avenue and Highland Street. Police said Tuesday they located one suspect and the investigation remains underway.

Police are searching for the suspects in Wednesday's robbery and say details are limited. Anyone with information is asked to call the Columbus Division of Police at 614-645-4545.