The City Council did not want to be downsized and used a 1953 state law to mount a recount. 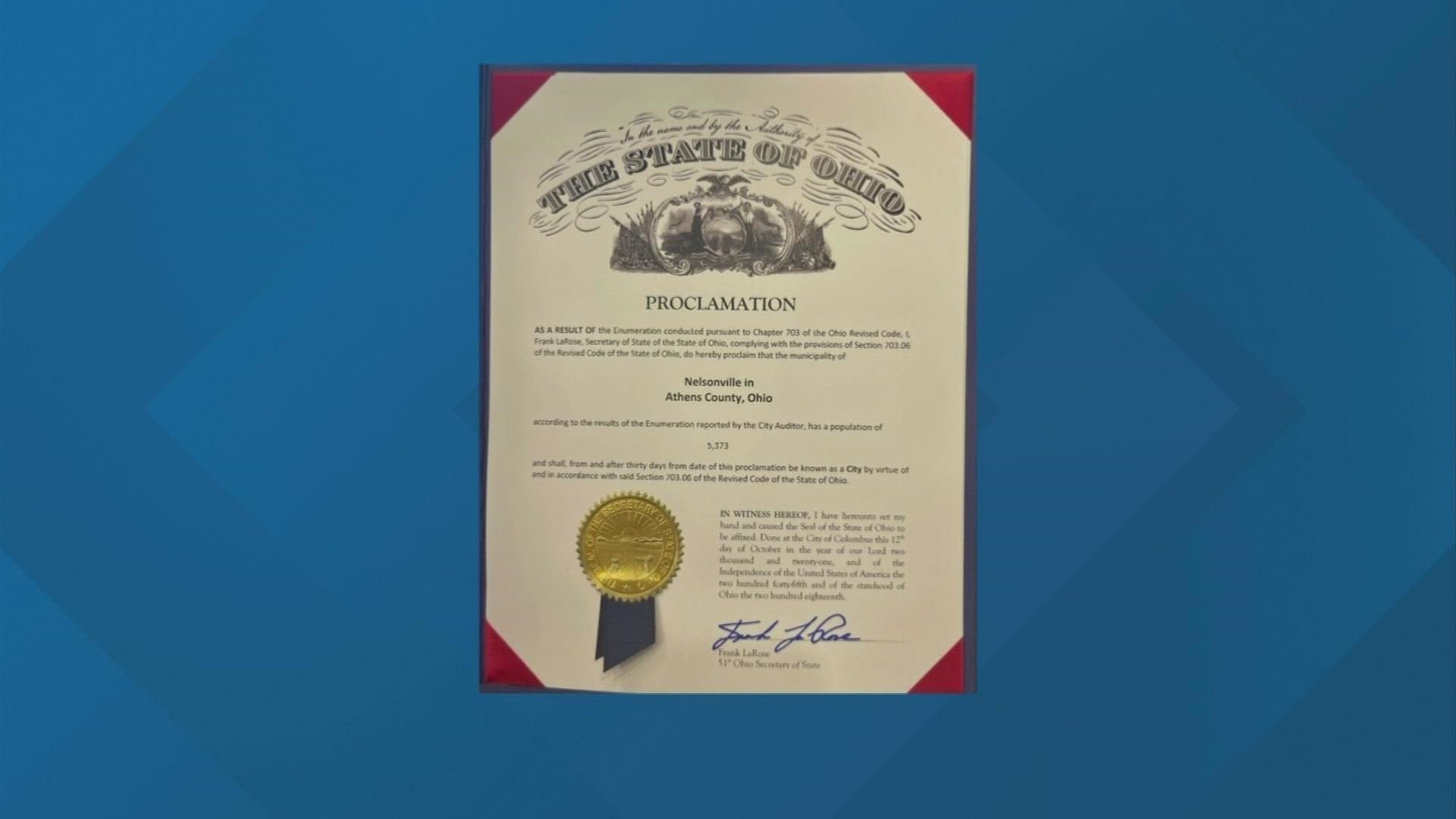 NELSONVILLE, Ohio — Nelsonville has successfully challenged the results of the 2020 U.S. Census and managed to retain its status as a city.

The recent census found that Nelsonville had lost 780 people since 2010 and there were 4,612 residents in the Athens County community. Under Ohio law, communities with fewer than 5,000 residents are considered a village instead of a city.

The City Council did not want to be downsized and used a 1953 state law to mount a recount.

City Auditor Taylor Sappington appointed five enumerators and volunteers canvassed the town to count heads. They even held a community dinner last week to verify residents over ham and potatoes.

Ohio Secretary of State Frank LaRose' on Tuesday certified Nelsonville has 5,373 residents and is indeed a city.

This story is just awesome.

When the Census Bureau failed, this community came together in short order to get an accurate count and save their city status. Congrats @nelsonvillecity! pic.twitter.com/wzUvhjn3hh