The announcement comes as part of a continued effort to boost safety throughout Columbus. 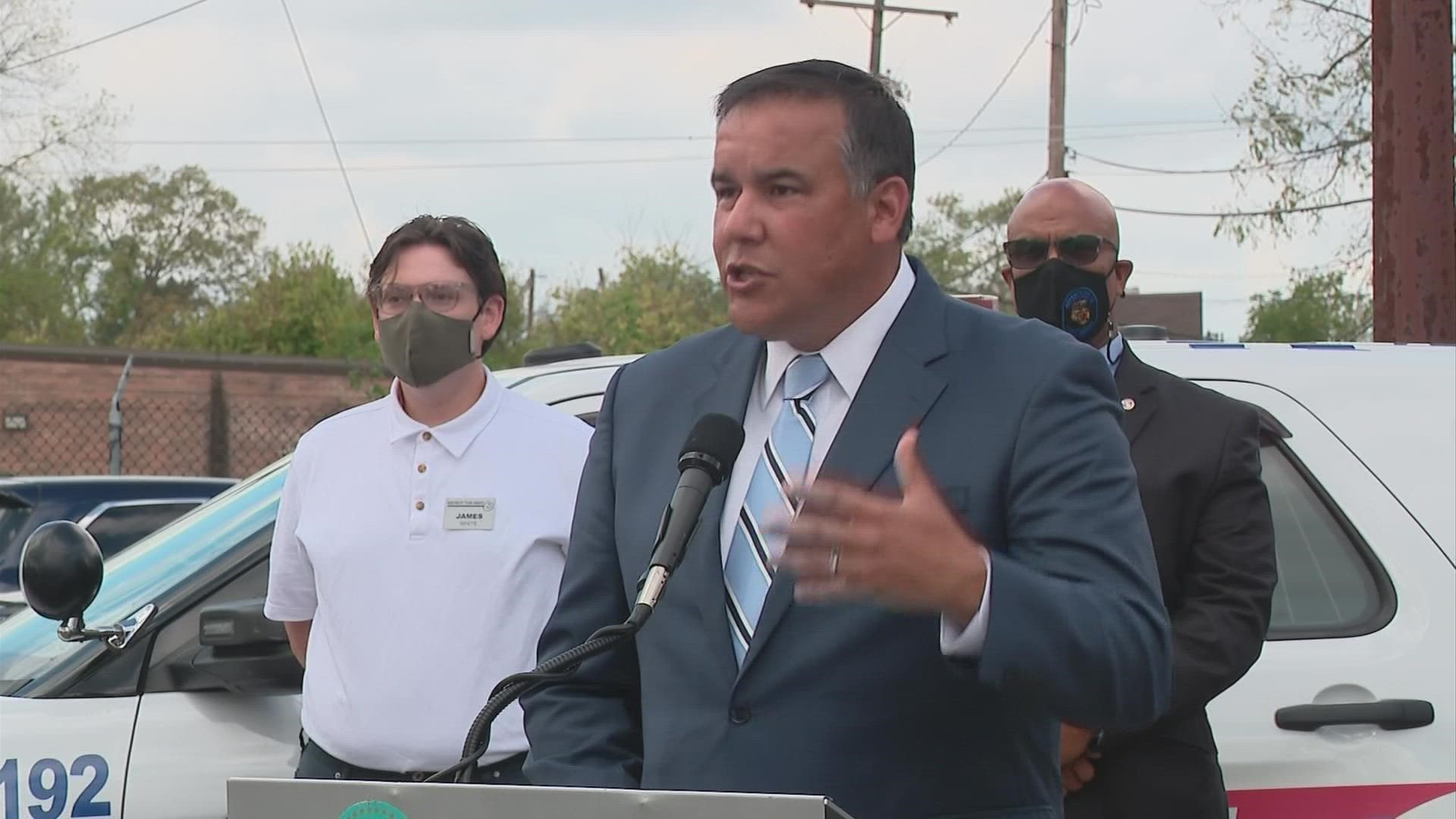 The funds will go toward a new Sullivant Avenue police substation in the Hilltop area, as well as a new Real-Time Crime Center in Linden.

According to a release from the mayor's office, money will go toward design services for both buildings, land acquisition for the substation and site assessment for the crime center.

"We're hoping to build a better tomorrow," Ginther said in part, adding he believes the only way for Columbus to reach its full potential is to invest in neighborhoods that have been "left out and left behind."

The substation would serve as housing for police officers, and would also provide a space for equipment, community meetings and recreational amenities that the city hopes will strengthen relations between officers and the community.

The city is in the process of negotiating the purchase of land for the substation along Sullivant Avenue between Columbian and Townsend avenues, Ginther said.

The crime center would provide space for the relocation of 911 dispatch services and an area for technical staff to analyze data that can be relayed to officers in the field. Ginther said this building will be located at 750 Piedmont Road once built.

Of the money allotted, $12 million will come from the 2021 Capital Improvement Budget, with $5 million going toward the substation and $7 million toward the crime center, as well as an additional $3 million in caryover funding.

The announcement comes as part of a continued effort to boost safety throughout Columbus. As of Friday, Columbus police have reported 164 homicides in the city just this year.

Earlier this year, the city enlisted the help of a renowned criminologist known for his Group Violence Intervention Strategy, which seeks out groups connected to violence in larger cities.

City leaders determined through that strategy that roughly 36% of the homicides in Columbus are linked to 17 gangs, with nearly 500 members. This new strategy and additional facilities are just some of the steps the city is taking to address that crime.

“The investments we’re sharing today are the latest in a long series of initiatives to promote a safer, more resilient city, and we look forward to working collaboratively with all our partners to bring these plans to fruition," said Ginther.