The body camera video from July was released by the Ohio BCI on Wednesday. 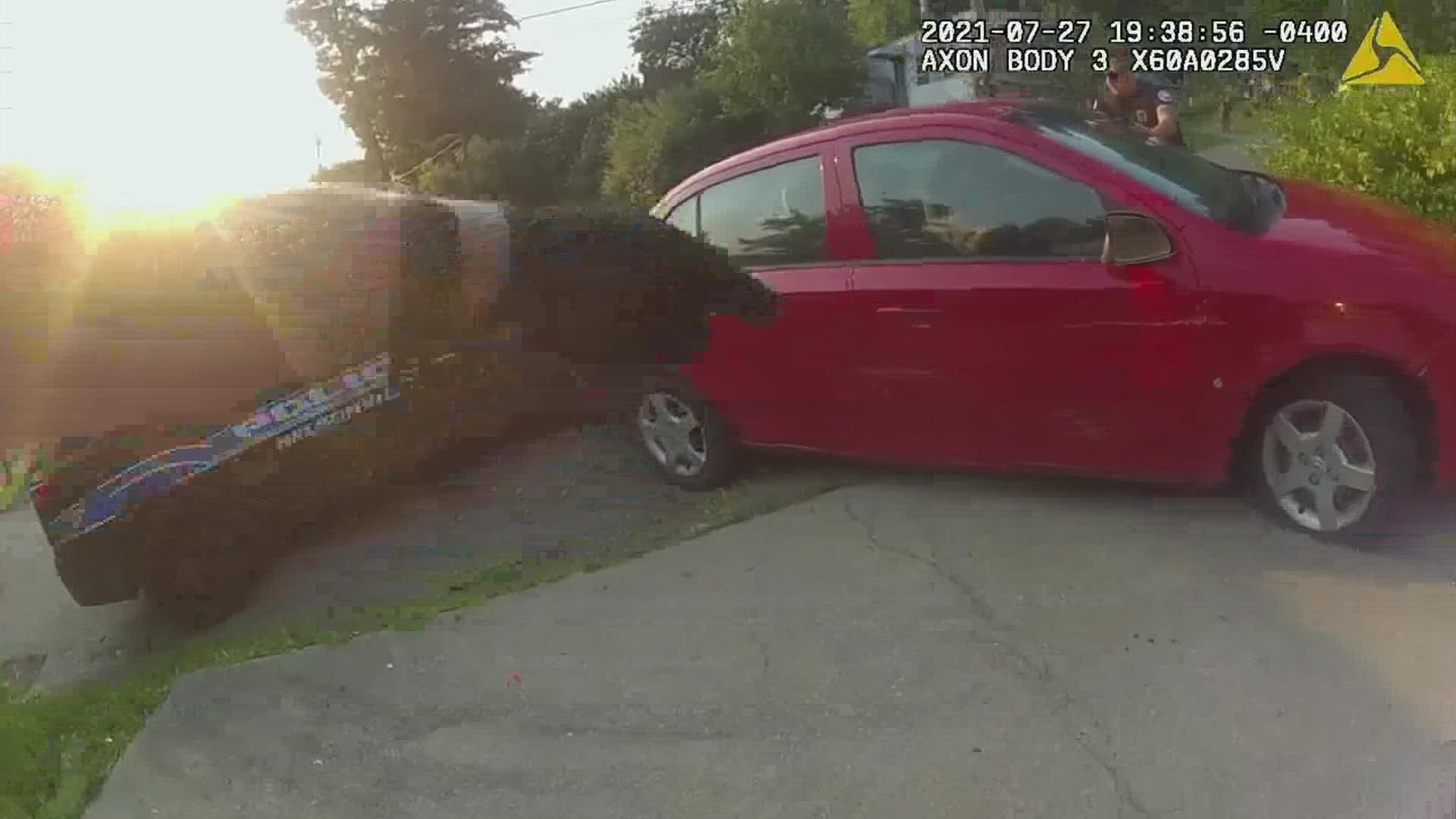 NELSONVILLE, Ohio — The Ohio Bureau of Criminal Investigations has released body-worn camera video that shows the moments during a shooting in Nelsonville involving two officers and a suspect during a domestic dispute call.

In late July, officers with Nelsonville and Hocking College responded to the dispute at an apartment complex on Third Street, according to Nelsonville Chief of Police Scott Fitch.

The video shows an officer attempting to open the door of a red car. Meanwhile, the officer wearing the body camera runs up to the car with his gun drawn. A child can be seen in the back seat of the vehicle.

The officers told the suspect, identified as Michael Whitmer, to get out of the car or they are going to break the glass.

Video shows Whitmer put the car in reverse with the officer running along the side of it, backing into a police cruiser. The car was partially blocked in by a police cruiser and a large bush.

While the officers continue to tell Whitmer to get out of the car, he then drives back into the driveway before driving in reverse into the cruiser again.

Once more, video shows Whitmer drive back into the driveway before putting the car in reverse one more time, slamming into the cruiser and getting out onto the road.

Once Whitmer was in the road, the officer began firing several shots into his car.

Whitmer then drove into the police cruiser, kept driving down the road and the video ends.

The child was not injured during the shooting, according to the BCI.

Whitmer was taken to OhioHealth O'Bleness Hospital in Athens where he died.

The Nelsonville officer was shot in the chest during the incident, but he was wearing a vest and he is doing fine, according to Chief Fitch. The Hocking County officer was also injured, but is OK.

The Ohio BCI is continuing to investigate.