Adam Coy was also admonished by his superiors for failing to initially activate his body-worn camera and failing to render aid to Hill after he was shot. 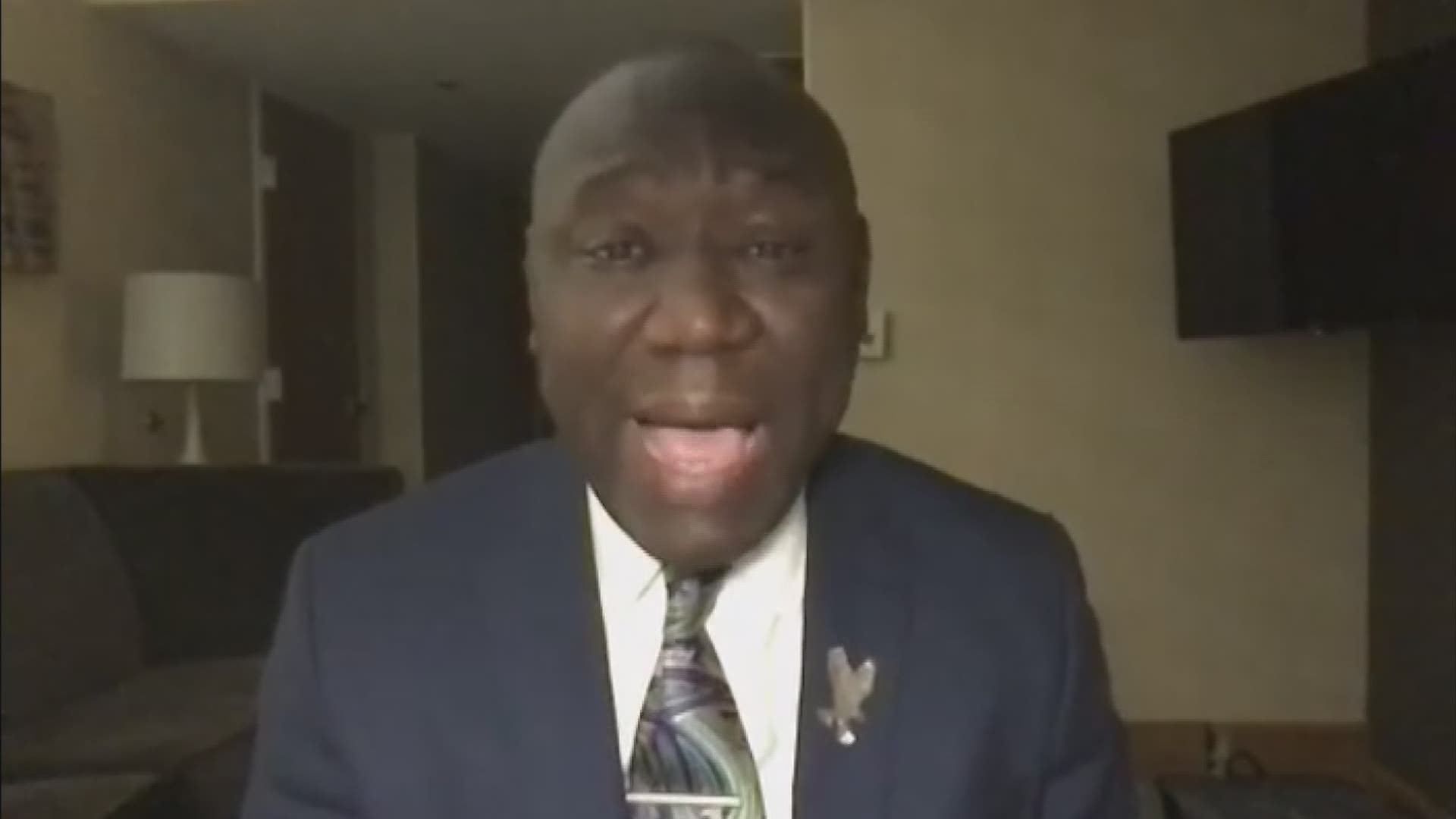 COLUMBUS, Ohio — Columbus Police offficer Adam Coy was fired from his job with the Columbus Division of Police Monday afternoon – less than a week after fatally shooting an unarmed Black man in a Columbus neighborhood.

But it wasn’t just the deadly use of force – deemed unreasonable by the city’s public safety director and Police Chief Thomas Quinlan – that led to Coy’s firing.

According to termination documents, Coy was also admonished by his superiors for failing to initially activate his body-worn camera and failing to render aid to Andre' Hill after he was shot.

Police had been called to the area on Oberlin Drive on December 22 for a non-emergency disturbance call.

While Coy initially failed to activate his body-worn camera, a “record-after-the-fact” or “look back” feature on the body cameras capture the fatal shooting showing an unarmed Andre' Hill approaching officers from a garage while holding a cell phone in one hand.

The “record-after-the-fact” or “look back” feature records 60 seconds of video prior to the officer hitting a record button, but it doesn’t capture audio.

Police Chief Thomas Quinlan announced last week that he was skipping a hearing with Coy in his office and immediately recommending his termination to the Department of Public Safety.

“When I became chief, I changed our core values to include accountability. This is what accountability looks like. The evidence provided solid rationale for termination. Mr. Coy will now have to answer to the state investigators for the death of Andre Hill.”

He called the firing of Coy: “a good first step. If it was your loved one you would want him to be held fully accountable.”

In a year filled with protests and conversations about social injustice, Crump has been involved with the cases of George Floyd and Breonna Taylor, and when asked about what stood out about Hill’s death, he said: “What was so heartbreaking about this tragedy was that it was the Christmas holidays. We were unfortunately reminded that there is police excessive use of force and there is implicit bias doesn’t take a break – not even for Christmas.”

Coy’s firing has moved more quickly than other recent officer disciplinary hearings. Police Chief Thomas Quinlan acknowledged he skipped the step of a hearing before his office and instead recommended Coy’s termination.

“I have seen everything I need to see to reach the conclusion that Officer Coy must be terminated, immediately,” Quinlan said on a Christmas Eve.

When asked about that process in the termination, Crump said:

“I think it shows that they know that this was a bad shooting from the beginning,” he said. “There is no justifying this extra-judicial killing of Andre' Hill who was holding the cell phone in his hand and was unarmed. It was a non-emergency call. Why did they come out with guns and why didn’t they render medical assistance that could’ve possibly saved this young man’s life.”

Coy did not appear at Monday’s disciplinary hearing.

According to a copy of the transcript from the hearing, FOP attorneys made it clear that they had sought a continuance to Monday’s hearing because Coy’s attorney had been on vacation.

It was not immediately clear if Coy would appeal his termination. An email message left for a labor attorney was not responded to Monday night.

Mark Collins, who said he was retained by Coy late last week, says he will represent him in any pending criminal investigation. Collins said typically, grand jury investigations into officer-involved shootings can take anywhere between three to six months.

“The termination of Adam Coy from Columbus Division of Police does not bring Andre Hill back to those who love him. I applaud Safety Director Ned Pettus and Police Chief Tom Quinlan for their swift action in firing Mr. Coy for not using reasonable use of force consistent with Division policies, not activating his body-worn camera and not rendering aid to a dying Mr. Hill. Thidoes not represent the values of the Columbus Division of Police.

Now we wait on the investigation of BCI, a presentation of the evidence to a grand jury and potential federal charges from the U.S. Department of Justice. We expect transparency, accountability and justice. The family and the entire community deserve it.”