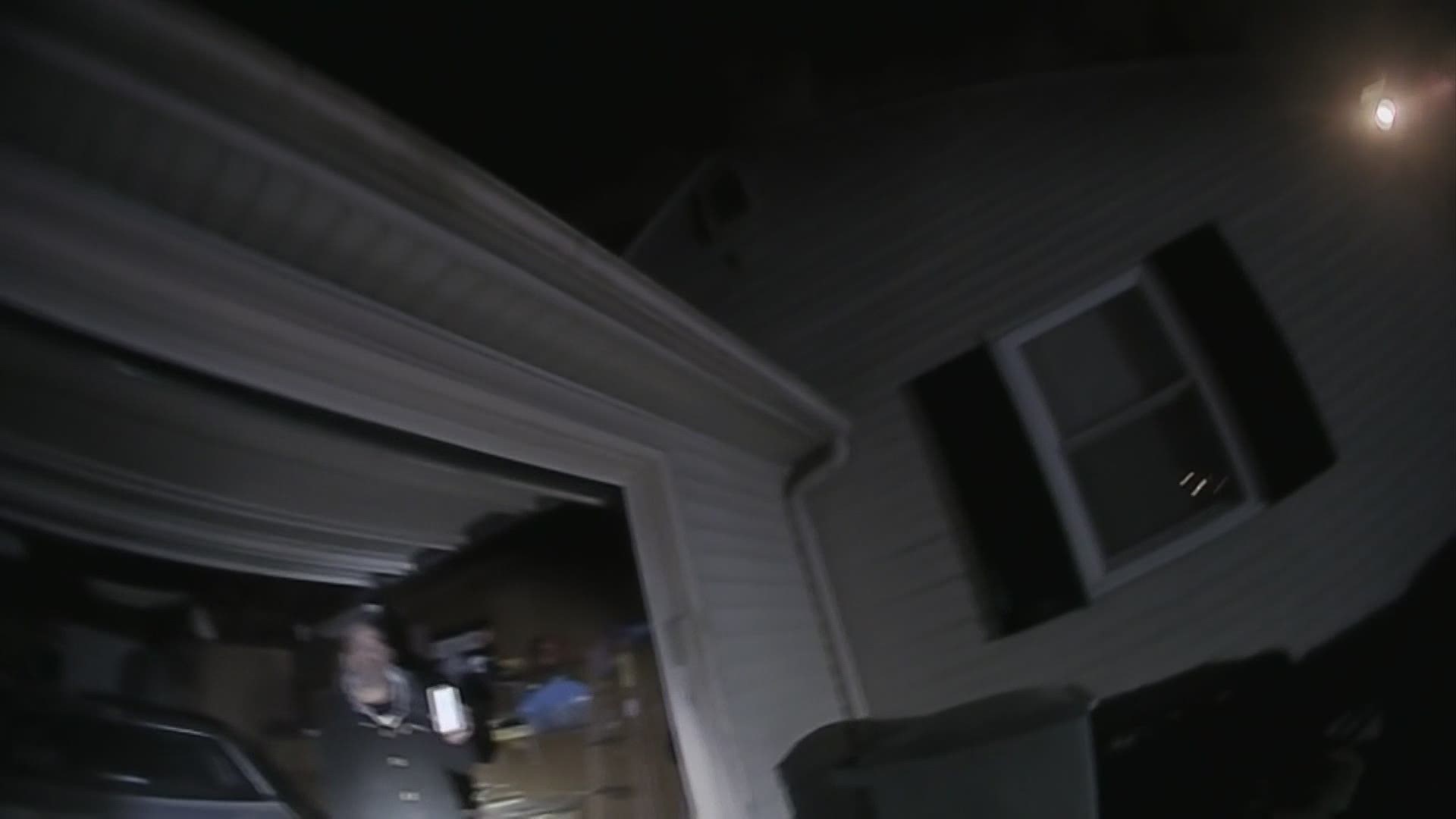 That’s because it begins during the “look back” period, the 60 seconds automatically recorded after a body camera is activated.

It shows Officer Coy walking from his vehicle up toward an open garage door.

Inside was 47-year-old Andre’ Hill, who walked from behind a parked car toward Officer Coy, holding an illuminated phone in his left hand. His right hand wasn’t visible.

It’s not clear, because of the lack of audio, if any words were spoken before Officer Coy shot Hill, and Hill fell to the garage floor.

The audio then picks up again, and Coy can be heard shouting several verbal commands.

Hill does not move. Eventually Coy approaches Hill and rolls the man over himself as Hill can be heard moaning.

That’s when a female officer who arrived with Coy approaches.

Minutes later, Coy asks the female officer to call for a support officer, someone who would stay by Coy’s side throughout the morning.

The officer does but does not call for a medic. Radio traffic shows four minutes pass before that happens.

“We do not have one, we do need one,” she said when asked about a medic.

From there, the body camera footage appears to show Officer Coy pacing, coughing, and perhaps even vomiting. The female officer can be seen putting up crime tape.

Five minutes into the footage, no one appears to be helping Hill. In fact, another officer who arrives makes a different suggestion.

“Let’s cuff him up,” he can be heard saying.

It is more than seven minutes into the video before more officers arrive, but it’s still not clear whether anyone is helping Hill.

But it seems Officer Coy already was starting to reflect on what had happened.

“I gotta figure out what I missed,” he said.

The Ohio Bureau of Criminal Investigation is handling the investigation.