A polar vortex is a constant area of low pressure located over the poles that is strongest during the winter months. 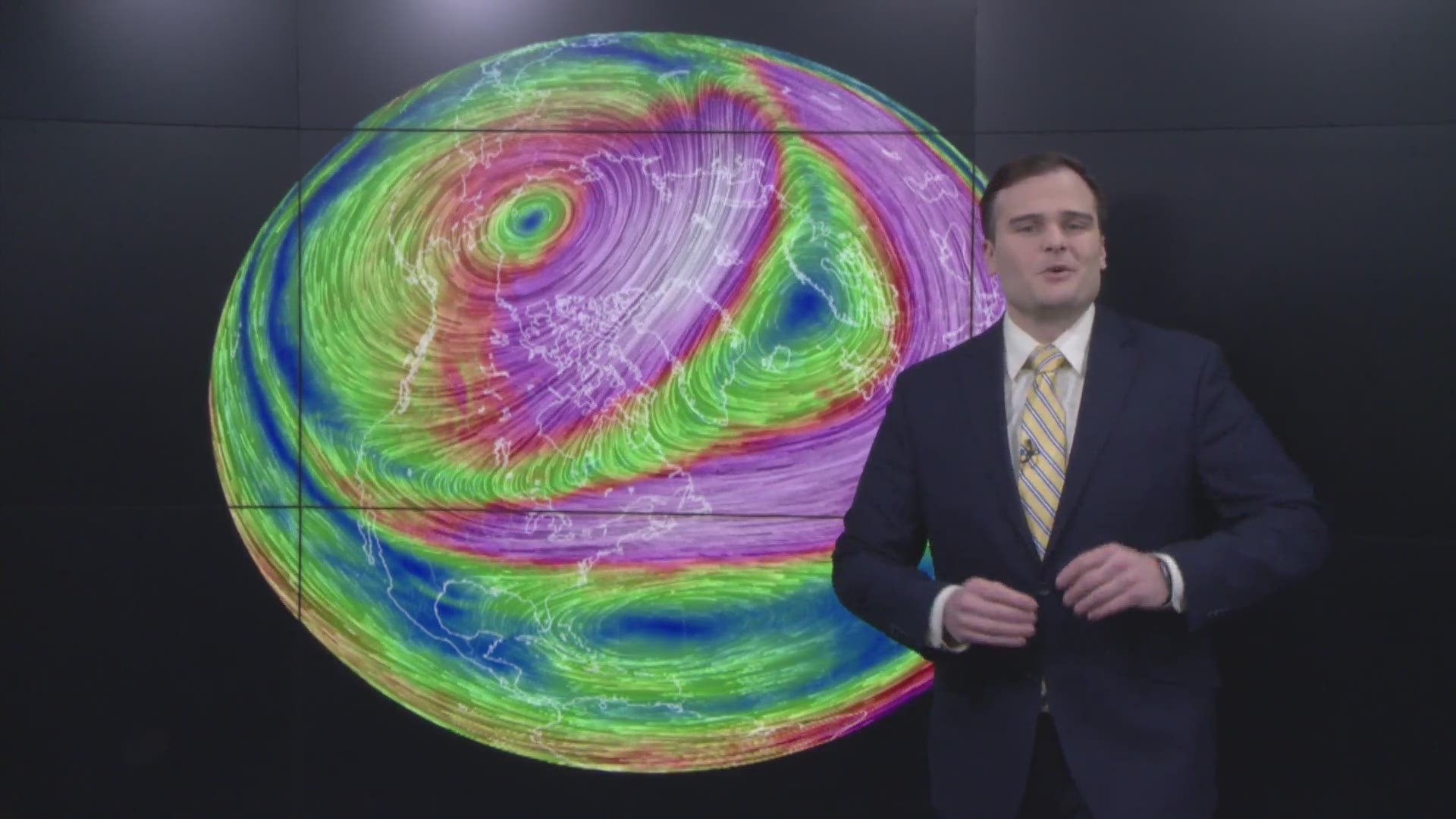 COLUMBUS, Ohio — Polar vortex is a popular term when it comes to forecasting winter weather, but became more mainstream back in 2014.

A polar vortex is a constant area of low pressure located over the poles that is strongest during the winter months.

When its strong, cold air is less likely to escape as it stays bottled up near the North Pole.

When its weak, it can wobble and allow the cold air to enter the jet stream which will dip down into parts of North America.

Last year, there was a strong polar vortex, so the arctic air did not make it to the Ohio Valley.

This year, there are signs that we could see an artic outbreak by the end of January into the beginning of February with a weakening in the polar vortex.

Meteorologists are tracking a warming and weakening of the polar vortex taking place in the North Pole that could lead a dip in the jet stream and an outbreak of artic air by the end of January.

Some models are also hinting at much colder than average air working into the Ohio Valley by the end of the month.

Typically, during these events in the Ohio Valley, we see lows below zero approaching zero with dangerous wind chill values.