The team is coming off a championship season having won the MLS Cup. 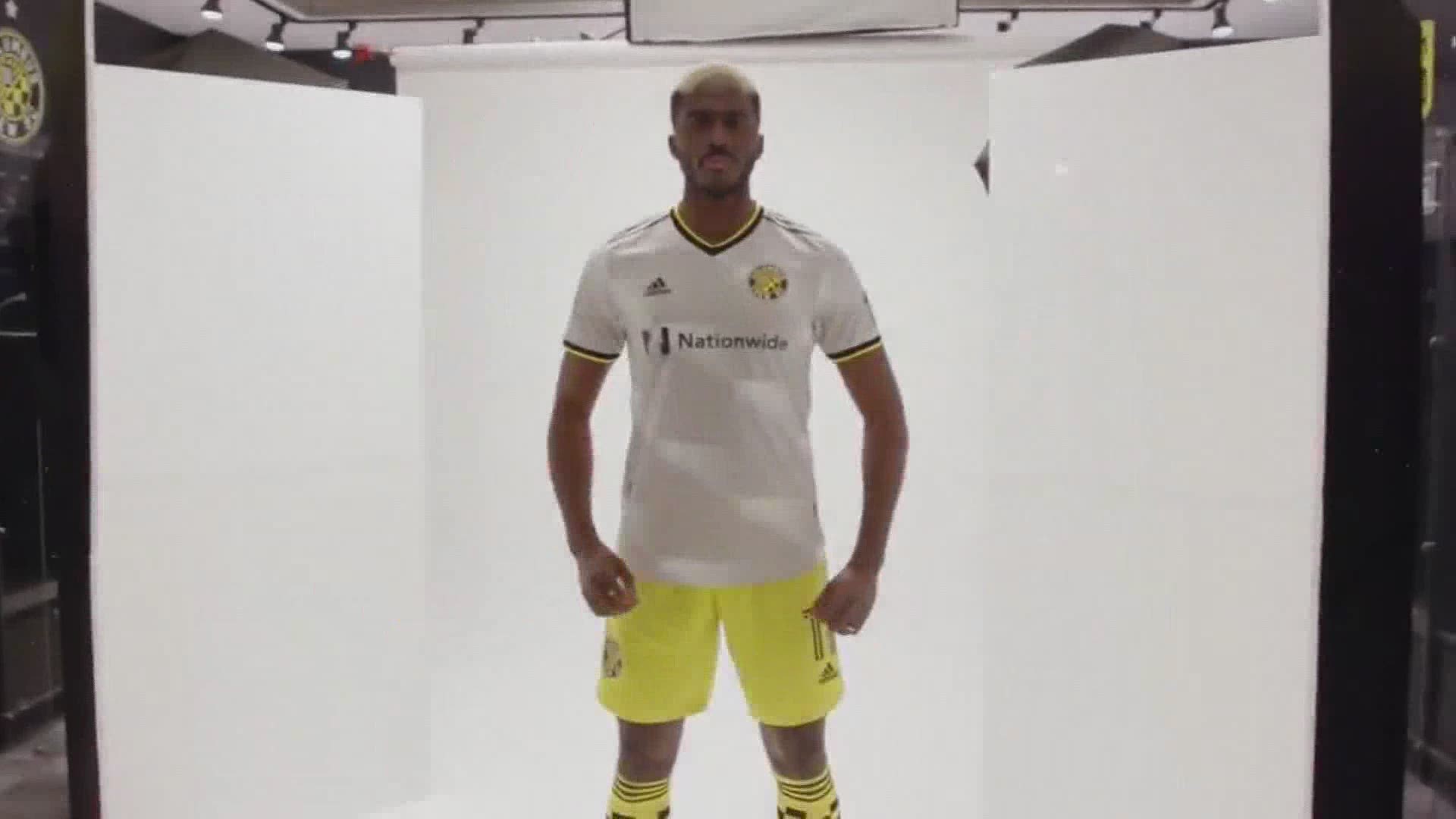 The kit is inspired by the architecture of the New Crew Stadium with a gray and white pattern on the jersey reminiscent of the angles of the stadium.

The kit also features a "ColumbUS" logo, a State of Ohio transfer with a star at the location of Columbus.

Built for Columbus. Created for Champions.

The other upgrades for the defending MLS Cup winners is the champions sleeve patch and second star above the Crew SC crest for the team's two titles.

Crew SC will also have their black "New Heritage" kit, which was unveiled ahead of the 2020 season.

Both kits will feature Nationwide on the front of the jerseys.

The 2021 Major League Soccer season is set to begin April 3. The New Crew Stadium is scheduled to open this July.

You can watch the unveiling in the player below.