Fans will notice some changes as they enter Ohio Stadium for the first time in nearly two years in September. 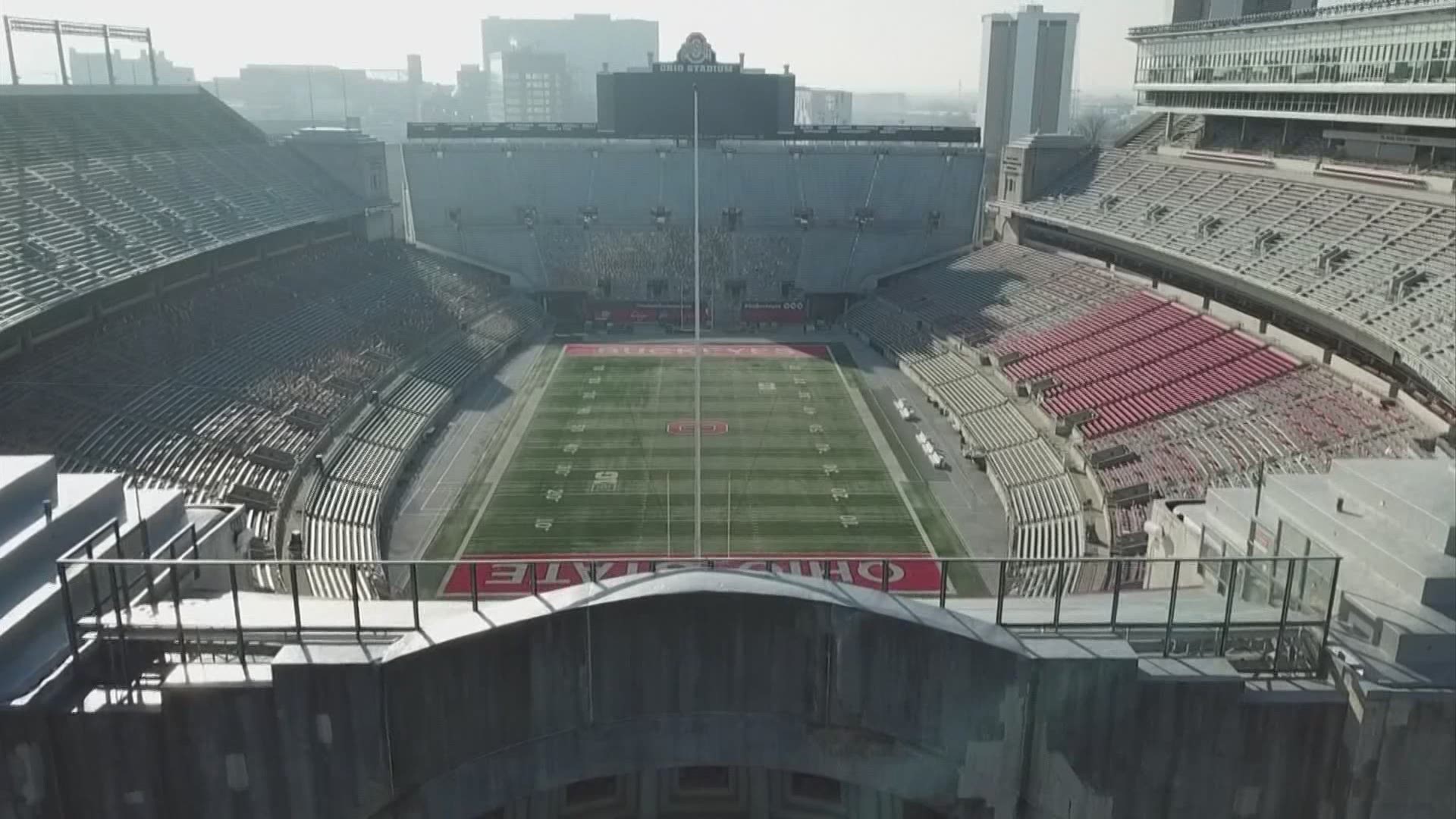 COLUMBUS, Ohio — Fans entering Ohio Stadium will notice a few changes this upcoming football season as the university welcomes back fans to the Horseshoe for the first time in nearly 600 days.

The last time fans packed the Horseshoe was Nov. 23, 2019, against Penn State. Fans will return to the stadium on September 11 when the Buckeyes face the Oregon Ducks.

10TV spoke to Ohio State University Athletic Director Gene Smith about some of the changes that fans will notice when they head to the stadium.

The first change has to do with ticketing. Fans will now scan their ticket at a machine.

“You scan your ticket app off of your phone onto those devices and you just walk in, so we won't have the red coats and ushers standing there. They will be there only to assist,” Smith said.

At the concession stands, cash is no longer welcome.

Cashless transitions using credit or debit cards will be used.

Of course, the biggest change to this season is that masks are no longer a requirement.

“We hope that if someone is not vaccinated they will wear a mask out of respect for others, but that's not something we are not going to control,” Smith said.

Smith said having a full capacity stadium could change if the delta variant becomes a health issue.

He said he delayed his decision on announcing fans back the Horseshoe until after watching how the Columbus Crew and Columbus Clippers opened their stadiums. He said if they can do it successfully so can Ohio State.

Smith said the pandemic blew a $60 million hole in the athletic budget last year but it was below the $107 million loss the university projected.

Having a full stadium will help make up some of that money.

As for tailgating, Smith said fans will be allowed to return to pre-covid but says the university will be monitoring that as well.