The Ohio Secretary of State’s Office prepared a video laying out ways to handle voters who refuse to wear masks or wear clothing promoting a candidate or campaign. 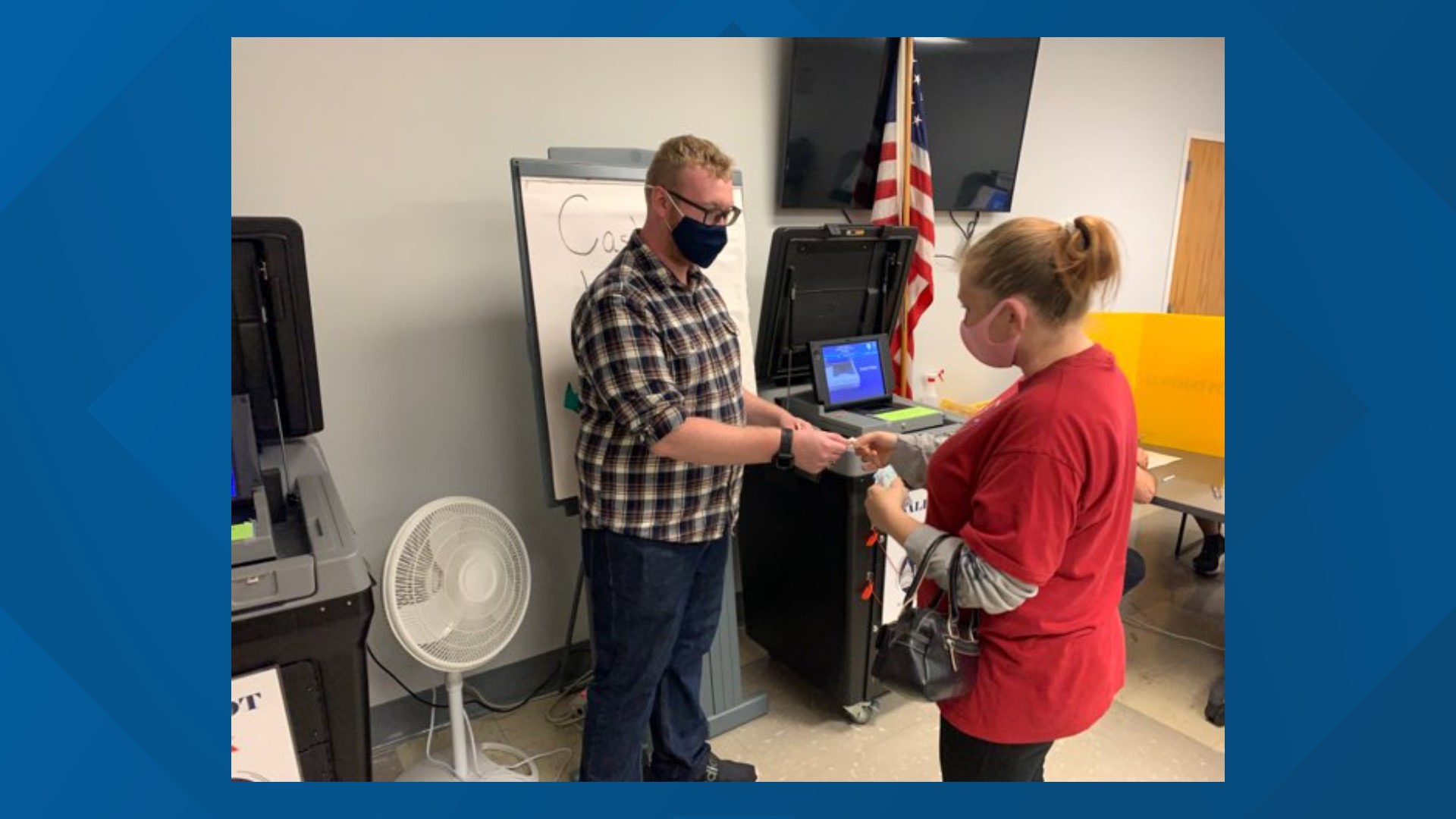 COLUMBUS, Ohio — At just 21 years old, Cameron Caito is on the younger end of the spectrum when it comes to poll workers.

“My mother has actually been a poll worker for about seven or eight years,” he said. “When I became of age, she was like, ‘hey, come join me, come enjoy the poll worker life with me.”

Caito has been working with early voters at the Licking County Board of Elections leading up to the big day.

And he’s ready to handle any challenges that may arise.

“We just try to kind of defuse situations, be as calm as we can and be very respectful to the voters as they come in,” he said.

To help prepare workers for this election, the Ohio Secretary of State’s Office created a de-escalation training video. Officials say it will be part of a four-part online training module that also includes the following topics: PPE and Safety procedures, Monday early setup and reverting to paper signature poll books.

“It is a different election than we’ve ever seen,” said Brian Mead, director of the Licking County Board of Elections.

Mead said he expects to see record turnout for early voting in Licking County. Already the county is averaging roughly 1,000 voters per day.

And he says the difference in 2020 is palpable.

“It is definitely intense,” Mead said. “You can feel it in the air, you can see it on your social media. You know, talking with people, people are energized but also scared, all in one.”

He says his workers will be prepared to handle tense situations, including voters refusing to wear masks or wearing clothing promoting a campaign or candidate.

He also anticipates poll watchers to show up at every location. But he points out that’s nothing new.

Regardless of the challenge, he says his workers will be ready.

“We just tell them, you know, you really need to just calm down, you know, treat everybody as your friend,” Mead said. “You gotta realize they’re going to come in here, and a lot of voters haven’t voted for four years. And just reason with them and make sure they have a good, pleasant experience.”