Battle Over Ballot Boxes in Ohio: How the metal boxes became a lightning rod during the 2020 election

At issue in this election is whether it's illegal for the Secretary of State to allow for more than one drop box beyond the Board of Elections. 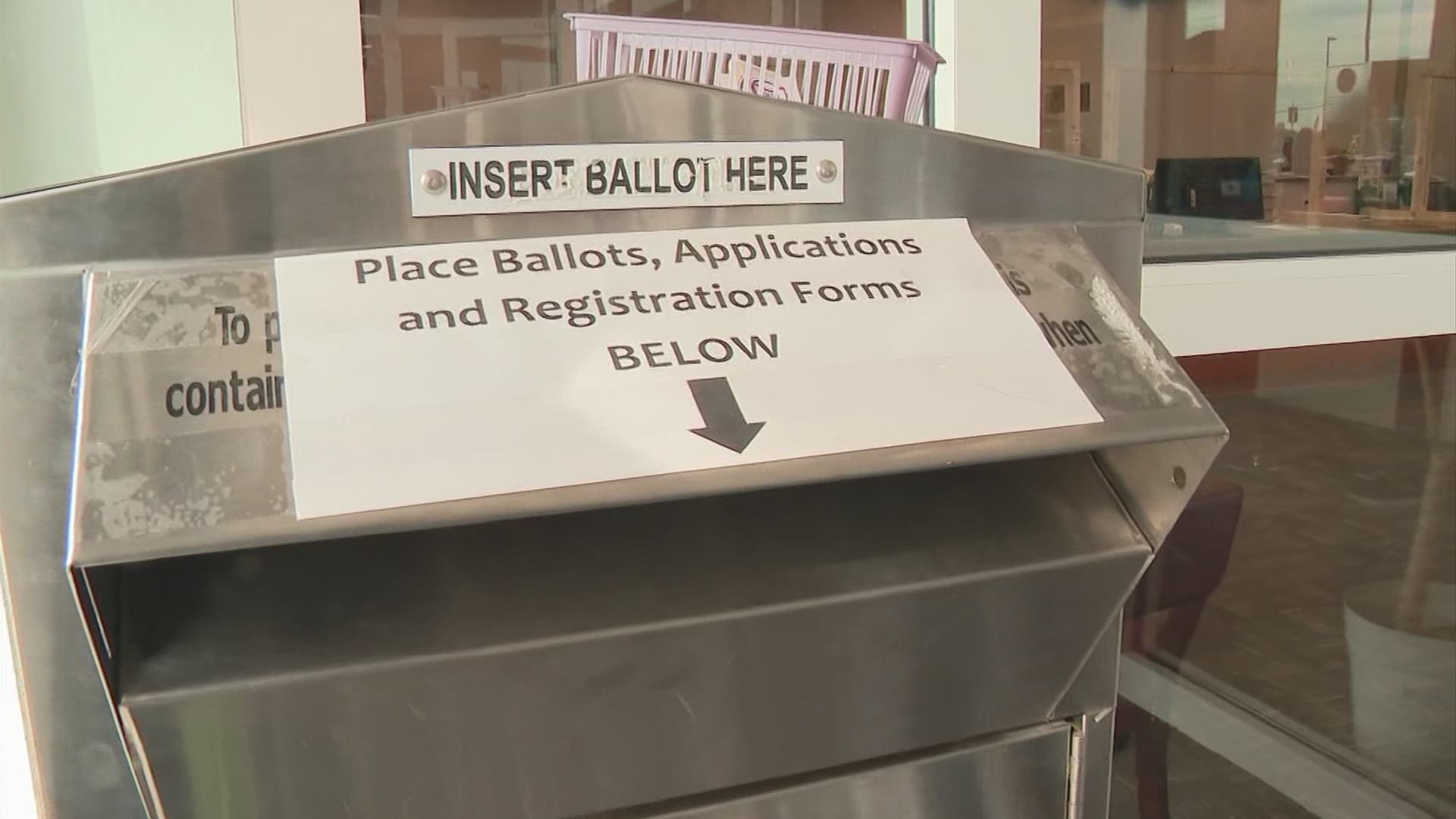 COLUMBUS, Ohio — Safe and secure elections: it's what every voter wants, and for the first time, Ohio is allowing voters to drop off their absentee ballots at a secured drop box.

“That's never been the case before in Ohio in the past for a general election,” says Ohio Secretary of State Frank LaRose.

At issue in this election is whether it's illegal for the Secretary of State to allow for more than one drop box beyond the local Board of Elections. Some argue by not allowing more drop-off boxes it makes it less convenient to turn in your absentee ballot, especially in Franklin County where one drop-off box serves more than one million people.

“I never restricted them from having multiple drop boxes at the board of elections,” says LaRose.

LaRose has continuously stated adding more drop boxes rests with the legislature, not him. That statement set off a flurry of lawsuits.

“These same folks that wanted to bring a lawsuit related to expanding drop boxes for the first time in the state's history where were they six months ago when we could have worked with the legislature to get that done,” says LaRose.

The first lawsuit was filed Aug. 26 by the League of Women Voters and Ohio NAACP arguing more drop boxes are needed to allow for the low income and minorities to have a safe way to return their ballots.

Next, came Ohio Democrats who filed a lawsuit on Sept. 11. They claimed additional drop boxes should be allocated based on population. On Sept. 15, Franklin County Judge Richard Frye ruled against the Secretary of State saying he does have the power to add more ballot boxes.

The Secretary of State disagreed.

“For me to do it on my own days before early voting would be an irresponsible decision,” says LaRose.

On Sept. 21, The Ohio Republican Party, looking for a favorable decision, appealed the judge’s ruling. They got it.

A judge reversed the earlier court ruling saying the judge in the case overstepped his authority.

On Oct. 2 the 10th District Court of Appeals ruled state law does not "prescribe nor prohibit" LaRose from adding alternate locations for secure ballot drop boxes. Rather than allow more drop boxes, LaRose defers to the legislature to make the call.

“If we want to make that change in Ohio over in the legislature is the place to do that,” said LaRose.

Meanwhile, there's another legal challenge about drop boxes in Cleveland where the Board of Elections announced plans to add ballot boxes at six libraries. That case went before a US District Judge.

On Oct. 6, Judge Daniel Polster issued a ruling that contradicts what the secretary of state has said all along. He ruled that ballot drop boxes "outside" boards of elections are permitted at multiple locations within a county."

But the Secretary of State's directive says drop boxes can only be "outside the board of elections," meaning on board property.

The next day, the Ohio Attorney General's office sent a letter to the Cuyahoga Board of Elections saying the judge got it wrong.

"Contrary to the Court's statement in its Order, the Secretary's recent Directive 2020-22 did not authorize the portion of the Cuyahoga County Board's Plan "to receive ballots at six public libraries. Directive 2020-22 simply cannot be read any other way."

Meanwhile, Franklin County says it has no plans to add more drop boxes beyond those on its property.

The battle of over ballot boxes came to an end on Monday, Oct. 12 when a federal appeals court in Cincinnati upheld the Secretary of State's directive to limit one ballot box for each county.

The majority opinion concluded that because "Ohio offers many ways to vote," the majority explained, it "is unlikely to harm anyone."

The majority did not discuss the risks posed by COVID-19 for in-person voting or the "reasonable concern" over the Postal Service's ability to handle the unprecedented number of mail-in absentee ballots.