Kim Jones says her son, 14-year-old Dayvion Jones, had just kissed her on the cheek and took the trash out when she heard the gunshots. 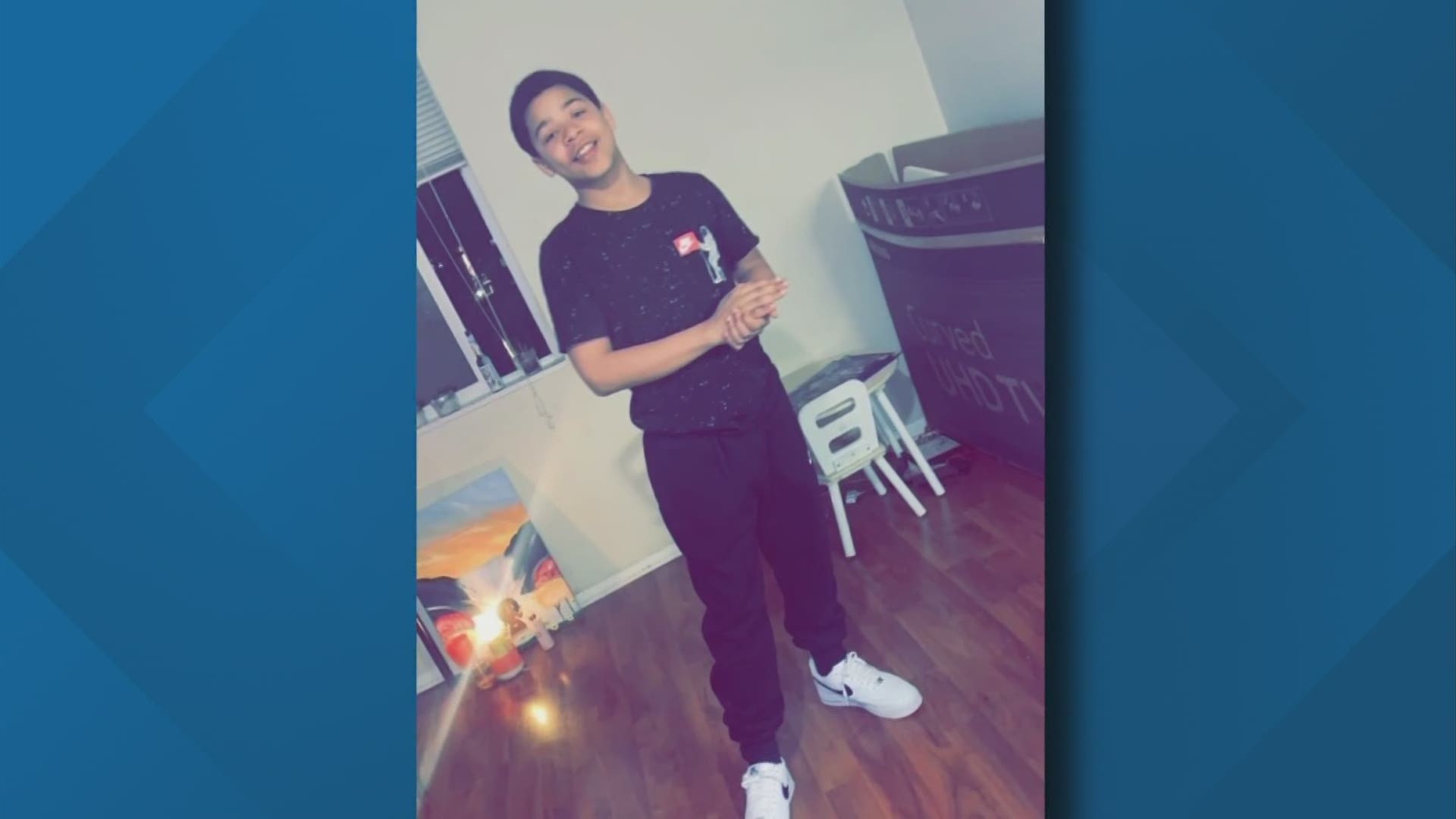 Columbus police say it was on Hazelwood Road where 14-year-old Dayvion Jones lost his life Sunday.

His mother, Kim, says he had just kissed her on the cheek and took the trash out when she heard the gunshots.

“If you don’t know already, he’s an angel now and all that looked out for him and loved him…he’s going to look down and shine all on you,” she said.

They are the words of a mother with a broken heart going through the unimaginable.

“I just want to call his name and he walk through my door right now,” she said.

Her calls for Dayvion are followed by a deafening silence, knowing he’s not ever going to answer her.

Sunday afternoon, Columbus Police were called to Hazelwood Road after reports of gunshots and someone lying in the street.

It was moments after Dayvion stepped outside.

“We hear gunshots,” she said. “And, we’re like ‘Oh, my God, is somebody shooting at our house’? This is how close it was.”

She panicked and ran through the house looking for her son. The whole time, she says, she knew.

“I got in the car and it’s like my car wouldn’t drive fast enough and when I got there the police, they all was pulling up but my son was in the middle of the street face down, dead,” she said.

Police say Jones was walking on Hazelwood Road when he was confronted by a group of men in a stolen SUV. It was during a confrontation police say one of the men pulled out a gun and shot Jones.

He was taken to Riverside Methodist Hospital where he died.

The men drove away from the scene and crashed near the intersection of Tamarack Boulevard and Forest Village and ran from the crash scene, according to police.

Kim says Dayvion was on house arrest and probation stemming from a fight that took place last year.

“No, he wasn’t perfect,” she said. “I ain’t gonna sit here and try to tell you, 'oh, I had this perfect son.' No. No one is perfect. But, he couldn’t have never done something to somebody so bad that you would want to take his life.”

Imperfections, she says, are what made her son who he was. She called him “Moosie,” a nickname from when he was born after weighing almost 10 pounds.

Kim says Dayvion had a beautiful smile and a sense of humor. He could rap and dance. She says there was so much more than his imperfections and that’s what made him perfect.

“Dayvion was everything to everybody that he touched,” she said.

Dayvion Jones was the 18th homicide in Columbus in 2021. Kim, though, remembers him for a different number, being the youngest of her six children.