What's the science behind the wind chill and why do some feel aches & pains from the weather?

While the wind certainly does make it feel colder, it is not the culprit behind why some feel aches and pain in their joints. 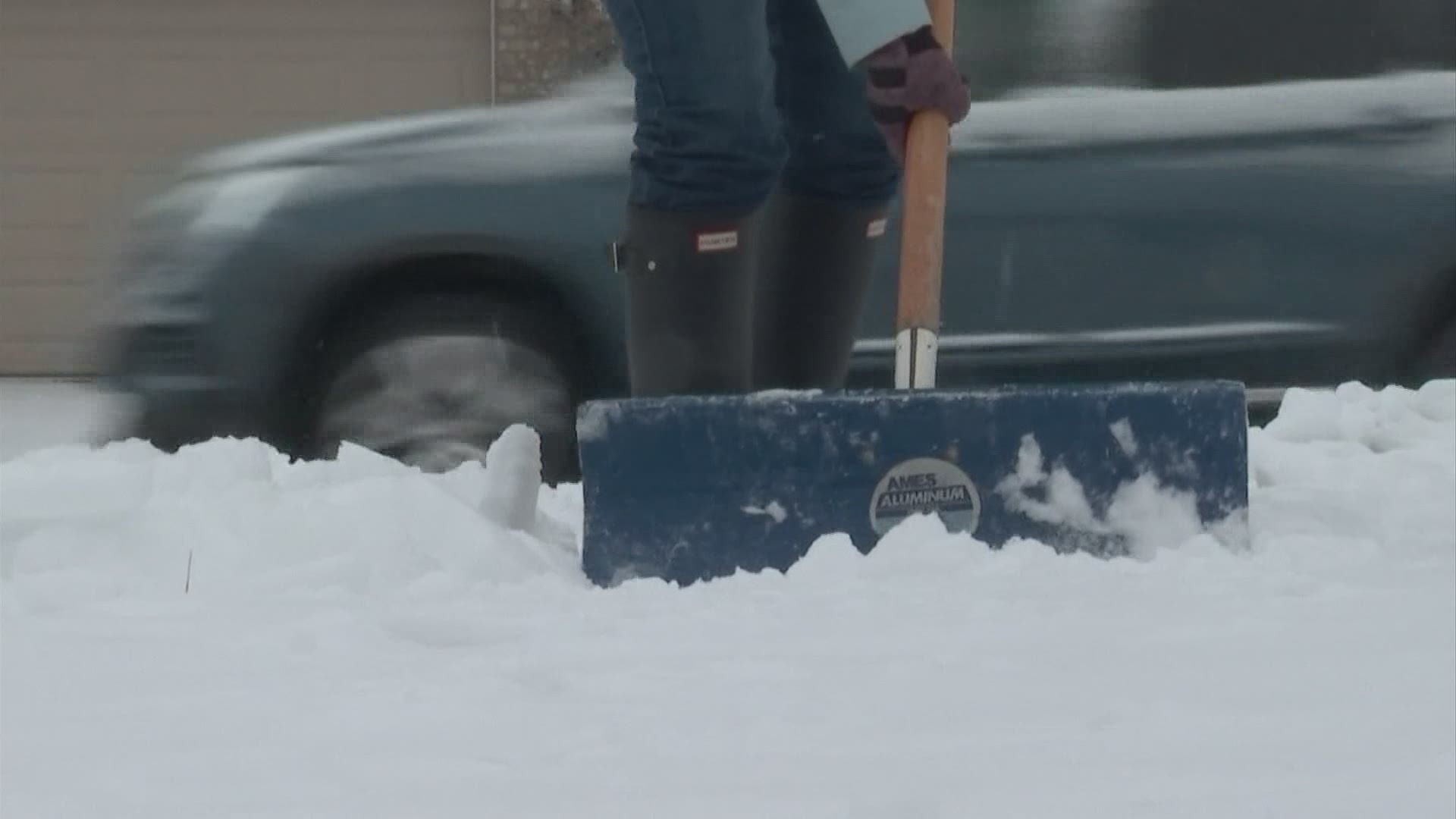 Every year we have a winter and every year it gets unbearably cold for many people here in central Ohio.

The wind chill is probably the first thing that comes to our mind when talking about frigid air during the winter months.

According to the National Weather Service (NWS), Wind Chill is a term used to describe what the air temperature feels like to the human skin due to the combination of cold temperatures and winds blowing on exposed skin.

So why does it feel colder if the wind speed increases but the temperature remains the same? The reason is because as the wind blows across our bodies it takes the heat we naturally emit and blows it away from our bodies.

The faster the wind speed, the faster our body heat is taken away and the colder it feels. It is a similar process for when you blow on a hot bowl of soup to cool it down. The temperature that it feels like outside due to the air temperature and wind speed is called the "Wind Chill", according to the NWS.

The wind chill is rather straight forward and yes, it does make it FEEL much colder out, but it’s not the culprit for the aches and pains you may be feeling more often during the winter months.

We talk about changes in the weather all the time, but more often in terms of dry versus wet weather or sunshine and clouds.  These changes are a result of the change in atmospheric pressure from high to low or low to high.

The NWS defines Atmospheric Pressure as “The pressure exerted by the air as a result of gravity. It is measured by the barometer and expressed in millibars or inches of mercury.”

Have you ever had a friend or family member say that they knew when a storm was coming because they could "feel it in her bones"?

You might think that they’re crazy, but there is truth to that statement.

Changes in atmospheric pressure that accompany storms and shifts in weather patterns do affect our bodies, and many people are more sensitive to those effects than others.

“When a cold front hits a city the pressure drops and that pressure drop causes the amount of pressure on our body to decrease, meaning there’s less pressure exerting on the body from the atmosphere, which means our own tissue starts swelling,” said Dr. Kiran Rajneesh, Director of the Neurological Pain Division and Assistant Professor in the Departments of Neurology and Neurosurgery at Ohio State’s Wexner Medical Center.

In 2020, he was elected Vice-Chair, Pain Section for American Academy of Neurology, which is the central association for all neurologists in the United States and the predominant neurological society for neurologists worldwide.

Dr. Rajneesh said that people can experience pain in many parts of the body.

“The slight swelling in the joints can increase joint pain and that same swelling tissue in our sinuses and other places around the brain can increase headaches and migraine headaches.”

The ability of the nerves in the brain can vary with cold temperatures and changes in atmospheric pressure, which can worsen headaches or migraines.

“When air pressure changes the air column within our airways and sinuses also change so there’s an additional factor and that’s why you see the propensity for people with headaches to have headaches increases with weather change.”

Migraines are most common with the change in pressure and in terms of chronic pain, the most common is low back pain.

“Those small changes in the back don’t have a lubricating fluid that usually knees, and shoulders and hips have. So usually weather changes are seen more with these big joints because you’re having this tissue swelling and that lubricating fluid also thickens slightly because of the cold weather and both of those combinations put together increases joint pain.”

Those that have past injuries or trauma to the body can also feel more pain when there’s a change in atmospheric pressure.

“Nerve endings will grow in where they normally wouldn’t be, or they behave abnormally because of the change in the tissue so what happens is those nerves are more sensitive.”

The cold weather is commonly associated with these aches & pains but is not the culprit.

“The data doesn’t bear that to be true. It’s not necessarily the cold weather. It’s the change in pressure. And that is going to happen no matter where you live.”

Aches and pains in the body can worsen depending on how fast the pressure changes with respect to time.

“There are actually studies done when that change happens very quickly, the number of doctors’ visits for pain increases.”

He also said that in some ways, those that experience migraine headaches can be more sensitive to pressure change than people with joint pain.

If you experience these types of aches and pains and are thinking about moving to a warmer climate, think again.

“In a preliminary study in San Diego, California, people still reported to have migraines and headaches even with the warmer weather.”

When we do get pleasant or gloomy weather in central Ohio, it’s natural for our bodies to get acclimated to the most recent weather conditions. Temperatures, cloud coverage and especially pressure (without knowing it) have an effect.

Whether it’s a string of 80-degree days and suddenly dropping to 60 degrees or having highs in the 30s for a week and then falling to the teens, there will be a change in pressure, which will have an impact on our bodies.

For those who live with frequent headaches, migraines and joint pain, Dr. Rajneesh said to stay active, workout, layer up in the cold and stay warm. If conditions don’t improve takes NSAIDS if necessary or other treatments preemptively.