Burrow broke several records on the way to leading LSU over Clemson in the College Football Playoff National Championship Game. 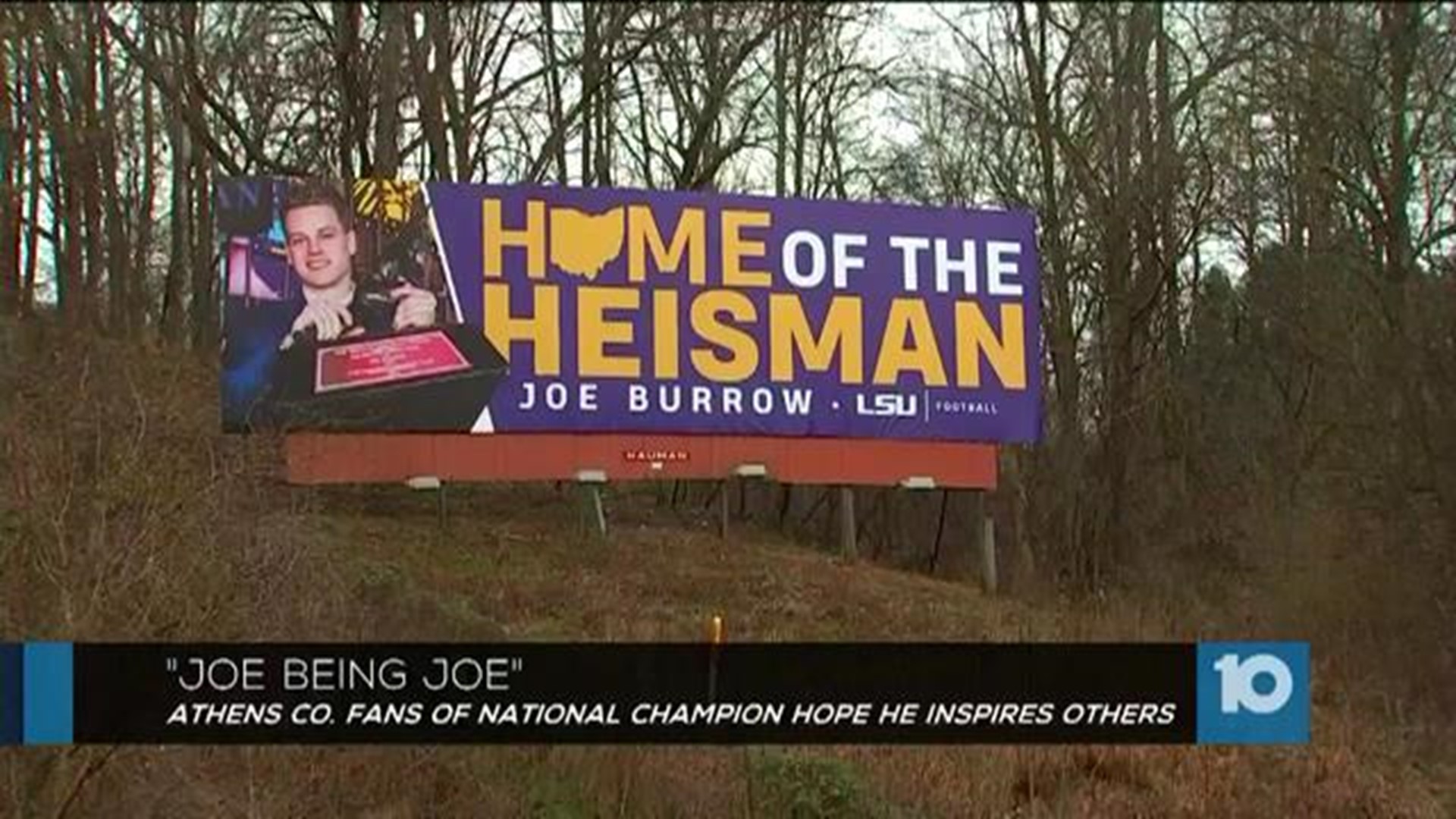 From the hills of his hometown to the hallway of his middle school, Joe Burrow's image is everywhere.

He is the closest thing to a legend this area has ever seen.

"He's the perfect role model for people in this area," Nathan White said.

"I'm so tickled to death that he got to validate all the sacrifice that he made, through all these years, and all the hard work and dedication that he put towards playing this game," Ryan Adams said.

Adams was the head coach and White was the offensive coordinator at Athens High School when Burrow was there.

Neither one is surprised that the former Bulldog is a national champion.

Burrow finished the game with 463 yards on 31-of-49 passing, totaling six touchdowns (five passing) with no turnovers.

He set new national title game records for passing yards and touchdowns, broke Deshaun Watson's record for total yards in a championship game and broke the NCAA single-season record for touchdown passes in the process.

"Joe is such a competitor his level of preparation is beyond compare in my opinion," Adams said.

"Joe had that vibe from the time he was a kid you just felt that he was different," White said.

As coaches, they say they'd be lying if they weren't nervous watching Monday's game.

"It was a strange feeling at school yesterday. You're a little bit nervous like you're going to coach [or] about to play," White said. "I felt a bit silly but it really mattered you know to me that the outcome mattered and I wanted Joe to play well on the biggest stage."

His former coaches hope that the kids who live in the community will see Burrow as an example of what can happen if you work hard and dream big.

Until Monday night, Burrow had never won a championship in football.

His High School team lost in the state title game 56-52. They say ever since then, he's been driven to erase that memory.

"To see him fulfill his childhood dream and take a little bit of the sting off of that state championship for all us he's definitely I'm going to give him a big thank you for me because I definitely woke up this morning feeling a little less bitter," Adams said.

"I hope the message to the kids here is if you truly want it you have to believe it. You can't just talk about it. It is a wake-up and make sure it happens every single day. I hope we're telling Joe's story 50 years from now," White said.

Athens High School plans to name the stadium after Burrow, but no announcement has been made when that will happen.