A group wants an 18-year-old charged with failure to report a crime. Find out why. 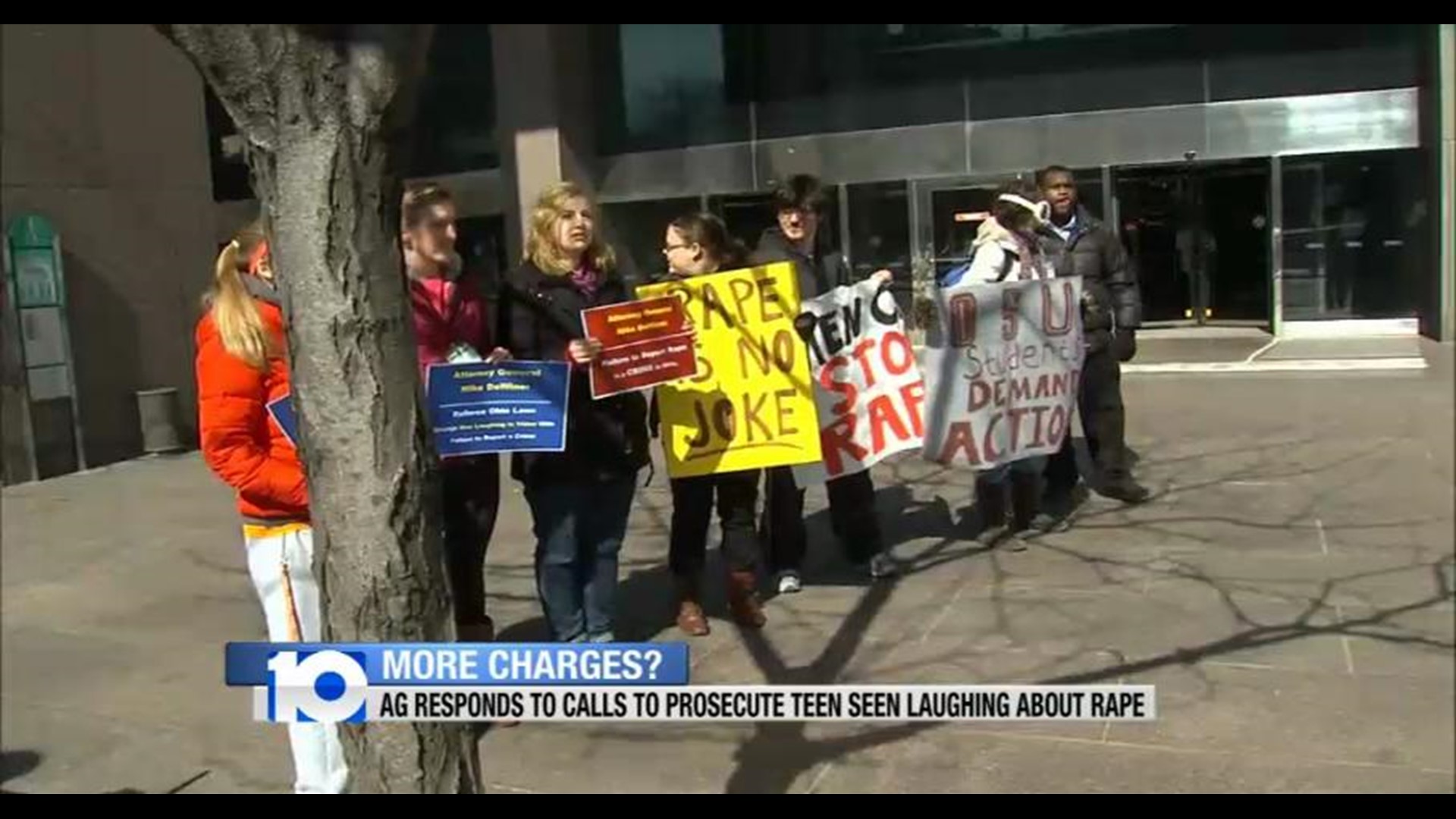 The Ohio National Organization for Women held a protest in Columbus Monday over a high-profile rape case.

A small group of NOW members demonstrated at the Ohio Attorney General’s office around noon.

The group said it is upset that an 18-year-old has not been charged for not reporting an alleged crime.

“They can't degrade girls and women this way and make a joke of it and be on Youtube and get away with it,” said Jacqueline Hillyer, Ohio NOW president.

Members of the Ohio National Organization of Women and UltraViolet, a national equal rights group, were referring to jokes made about the alleged rape of a 16-year-old girl at a series of parties in Steubenville back in August.

"There is overwhelming evidence in the 12-minute video that (the individual) knew that the young girl had been raped,” said Ohio NOW president Jacqueline Hillyer. Hillyer used the full name of the 18-year-old, but WBNS-10TV has only identified him as Michael.

Ohio NOW said they have 85,000 signatures calling for charges against the teen in the video.

Ohio AG Mike DeWine invited the group into his office to talk about the issue.

“That the law hasn't acted more quickly on this, does send a signal that while the rape is being taken seriously by the law, this entire culture around it isn't,” a NOW member told DeWine.

DeWine said his investigation is not just focusing on one individual, but rather everyone who has played a role in this alleged rape. And he said that if a person is found to be guilty, they will be prosecuted.

"Our job is to leave no stone unturned and find out exactly what else happened,” said DeWine.

The case has gained international attention through the work of bloggers and hacker-activists who allege other football players should have been charged over the August incident.

The trial for the two teens accused in the rape starts next week.

DeWine said he hopes to have his investigation into others who may have played a role wrapped up by then.