A woman is unharmed after crashing her car into a strip mall. Get details. 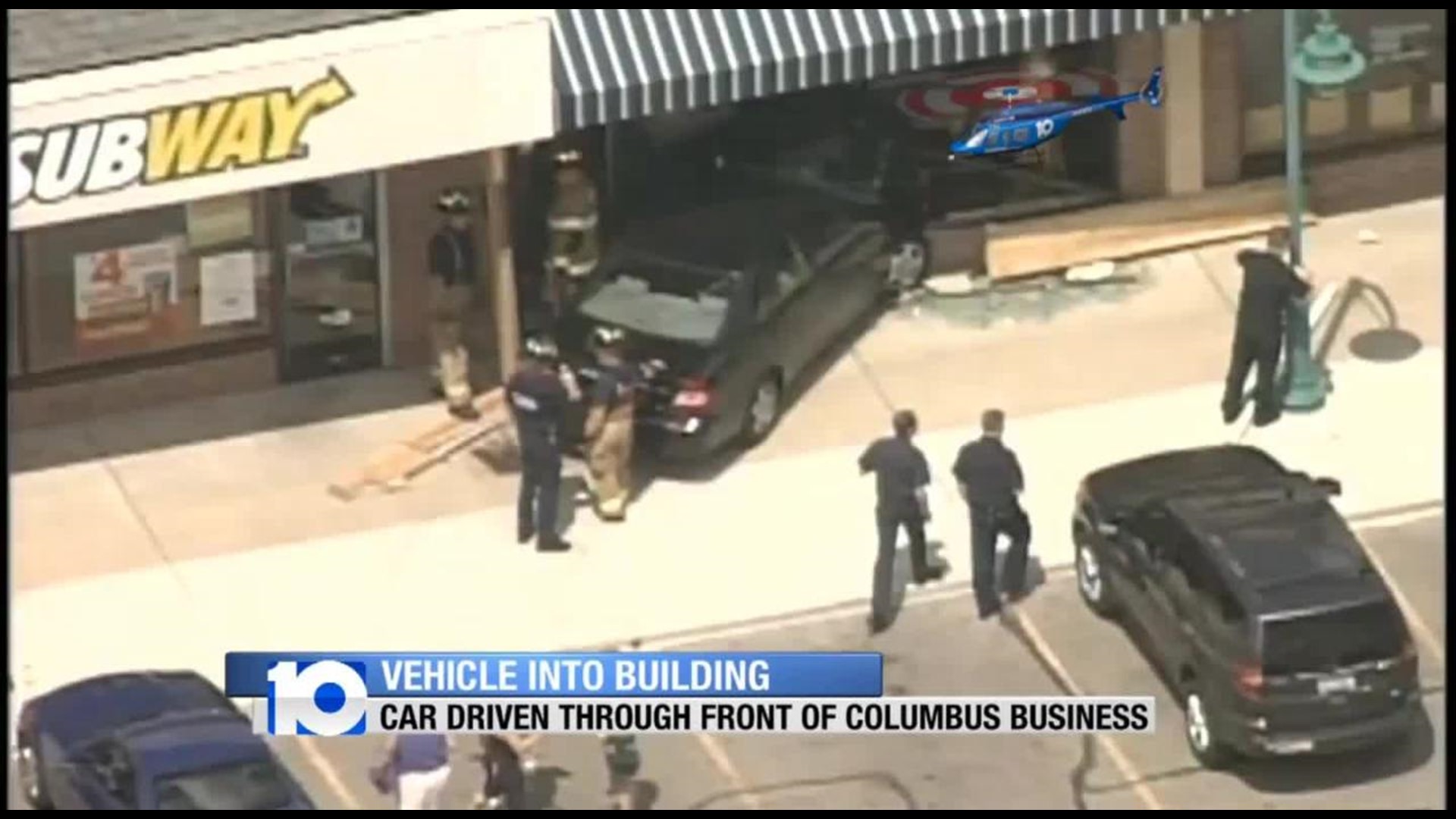 A woman is unharmed after crashing her car into a strip mall on Friday morning.

“It kind of sounded like an explosion,” says Laura McCullough.

According to Columbus police, the woman drove her vehicle into the front of the Majestic Belly Dancing studio located at 1190 Kenny Center Mall, at about 11:30 a.m.

“The lady was crawling out of the passenger seat and people were coming over to help her. There was a lot of smoke,” McCullough said.

The cause of the crash was not immediately released, however, the woman told authorities that her accelerator stuck.

“She was just shaking. She said, ‘I need to call my husband,’” says McCullough.

The crash shattered the studio’s front window, crushing the front hood of the car and knocking over items hanging near the front of the dance studio.

“I didn't have clients this morning because we just finished the floor,” says Fariba Mohammadyar, owner of Majestic Belly Dancing.

Mohammadyar says that the dance studio was closed at the time of the accident.

“It’s devastating. I don't know how to put it. I’m glad I was not here, because if I was here and sitting in the back in my office, I probably would have had a heart attack,” she said.

Columbus police say one person did have some minor cuts because of flying glass but they will recover.

Authorities say the driver will likely be cited for the accident.