10TV talked with all district candidates on issues ranging from COVID-19 to legalizing marijuana. 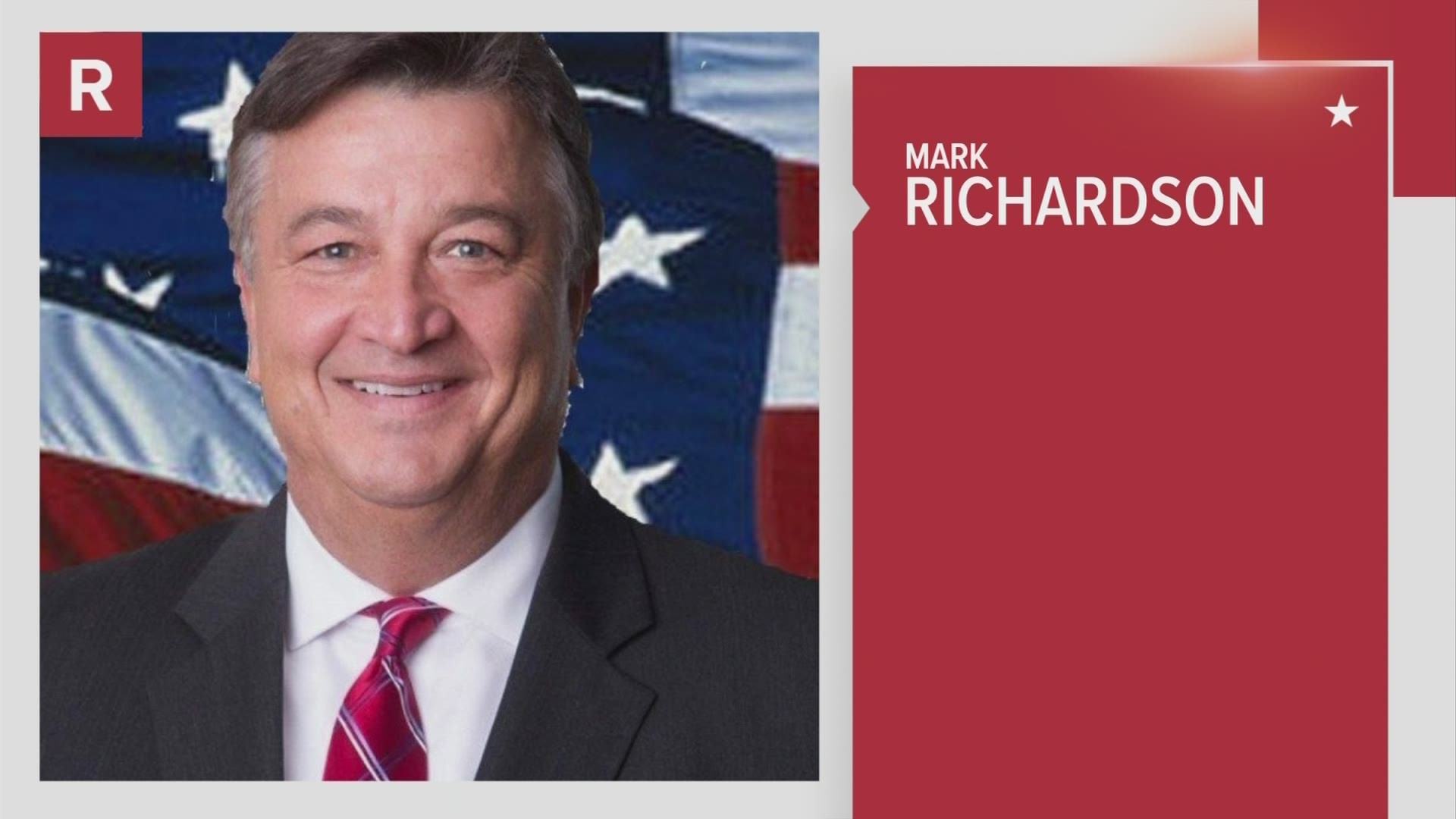 Legalizing marijuana, COVID-19, The Affordable Care Act and stimulus dollars: Those are some of the major issues candidates in both the 12th and 3rd Congressional Districts are talking about.

10TV spoke to all the candidates running in both Ohio districts in hopes of learning where they stand on the issues.

The incumbent for the 3rd Congressional District is Congresswoman Joyce Beatty (D-Columbus) who has held the seat since 2013. She is challenged by Republican Mark Richardson. The district makes up nearly all of Franklin County.

Beatty touts her ability to bring money back to the district she represents.

“I have brought more money into this district than it has ever seen,” she said.

Richardson believes Beatty spends too much time addressing the needs of one party.

“We need a representative in Congress that is for all the people and not just a particular party,” says Richardson.

If re-elected, Beatty says her job will be to focus on COVID-19, and what she calls the economic pandemic as well as social justice issues.

Richardson says if elected he promises to meet with Democrats twice a week to help create relationships and tear down partisan politics.

When it comes to COVID-19, Richardson believes the important issue is for Ohio to play a larger role in producing the items that feed the supply chain.

“Right now we are too dependent on China for medical supplies and for prescription drugs. We need to bring that right here,” he says.

The race for the 12th Congressional District involves three candidates. A Democrat, a Republican and a Libertarian. Only one will represent a district that covers seven counties. 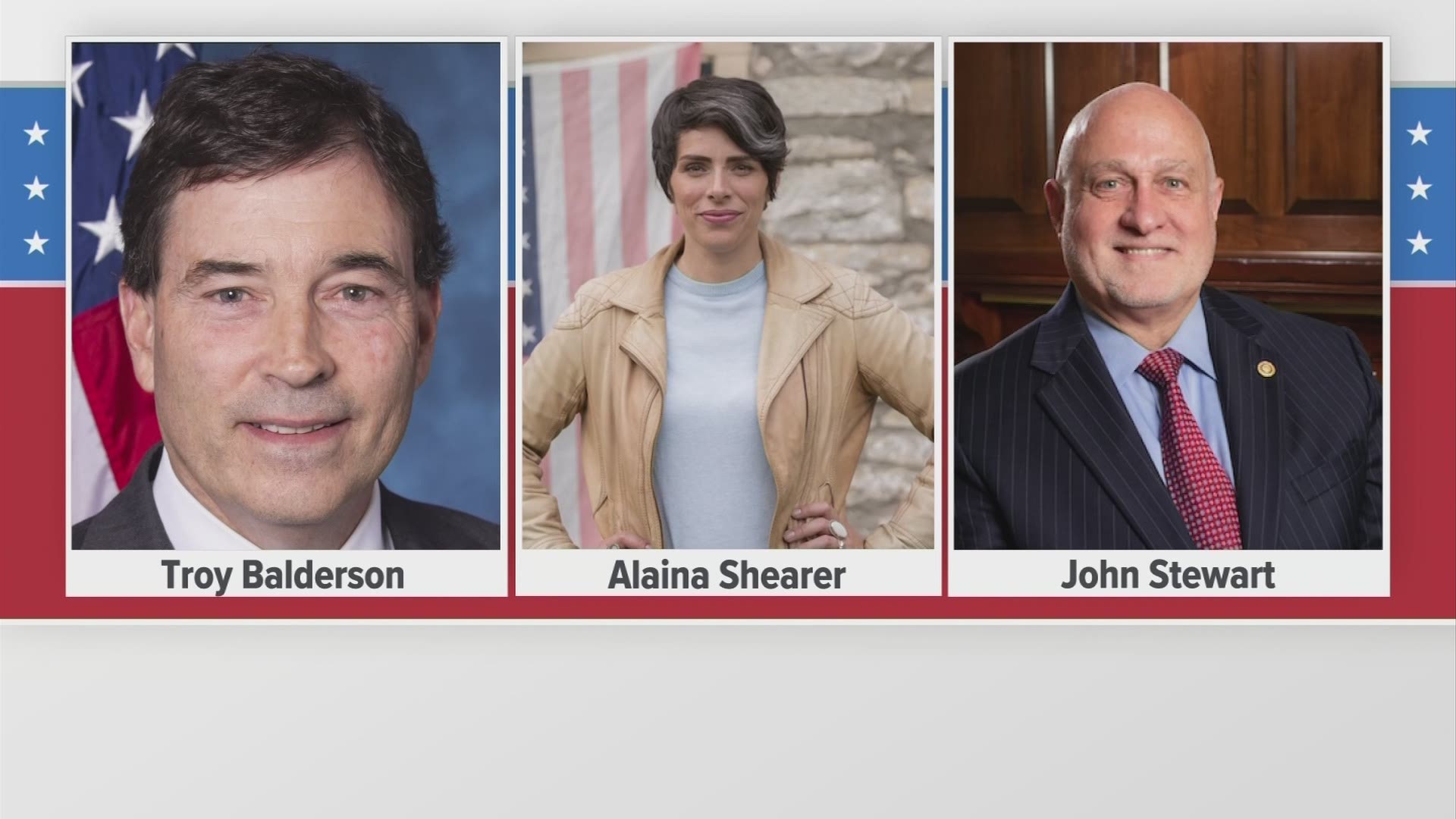 She is the founder of a small business which connects women in digital media, now known as Together Digital.

“I will truly represent the people of this district,” she said.

The other candidate in the race is Libertarian John Stewart who once ran a trucking logistic company and is a former Gahanna City Councilmember.

If elected, he says one of his first priorities is to reduce the size of government.

But where does each one stand on the issues?

Here's where the candidates stand on legalizing marijuana.

“We need to legalize it on a federal level. Ohio is far behind at least a dozen other states. If marijuana is legalized, those suffering from the opioid epidemic say that marijuana will help them as they withdraw from those horrible drugs,” Shearer said.

“Absolutely not, I do not support legalizing marijuana,” Balderson said.

“We are absolutely for it,” Stewart said.

On COVID-19 stimulus dollars, both the Democrat and the Republican support spending a trillion dollars to bail out the states. The Libertarian candidate, while against bailouts, says this time it's worth it.

“The PPE has $138 billion in that account. We can hit that button and get that out to the businesses who need it,” Balderson said.

“I think we need to lock Mitch McConnell and Nancy Pelosi in a closet, a very uncomfortable one until they come up with a plan,” Shearer said.

Stewart says when it comes to wearing masks in public, it should be left to the individual to decide.

“I think there are lots of studies that masks are not a panacea at all. Washing your hands is much more effective,” he said.

On the issue of the Affordable Care Act, the candidates agree it's not perfect.

“I have been against it any kind of socialized medicine. We need the free market,” Stewart said.

“Look - I think it needs some work. Obviously, the Republicans haven't come up with an answer for that yet and that discourages me. Healthcare is very important in this district,” says Balderson

Shearer claims Balderson is supported by drug companies and has no interest in reducing prescription medications.

“That is the farthest thing from the truth that's not true at all,” Balderson said.

Balderson did vote against the Lower Drug Costs Now Act.

The 12th congressional seat has traditionally been held by Republicans.