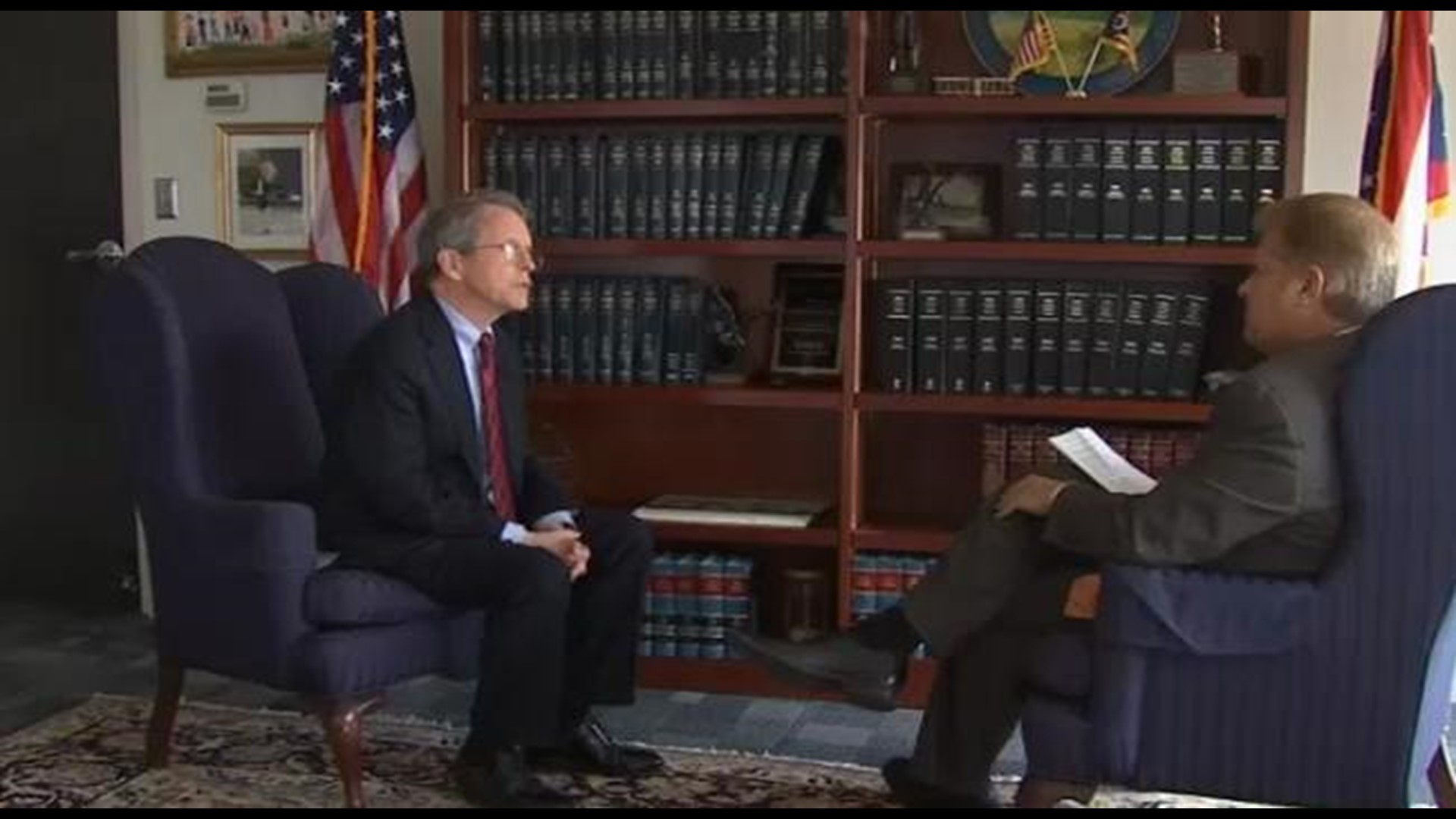 The lines are drawn clearly in the sand.

On one side, women's rights advocates who say religion should play no role in their health care rights.  On the other, those who defend business owners who have strong religious views on issues like contraception.

"I feel like I'm a second class citizen when they go after us like this," said Carol DePaola.  "It's very frustrating because I did this back in the 70s and late 60s.  I was working for this."

DePaola was one of about a dozen activists who met Tuesday to protest a letter Ohio attorney general Mike DeWine signed, along with 10 other Attorneys General, to Kathleen Sebelius, Secretary of Health and Human Services.

The DeWine letter says, in part, "The proposed regulations selectively address faith and conscience-based objections to a government mandate that requires businesses and non-profits to pay for insurance coverage for contraception..."

DeWine says opponents have the issue backwards. He argues it's unconstitutional to force businesses to provide insurance against their religious beliefs.

"It goes to the basic fabric of our country," DeWine said. "This is not a political issue. It is not an issue about contraception.  And it's not even really a question about abortion.  It's a question about fundamental religious liberty."

Liz Brown from the Ohio Democratic Party doesn't see it that way.

"Frankly, another privacy issue is whether women have the right to control their own health care and to have access to not just things that give them better health care but in many cases save lives," Brown said.

"What I don't understand is that women did express their opinion on this," Brown said.

The contraception issue brings back memories of the heated internal fight between Republican presidential candidates Mitt Romney and Rick Santorum last year.  DeWine stood with Santorum before the Ohio primary, and says the issue to him is clear.

"I think we all have a vested interest in religious liberty," he said.

With an election year around the corner, Democrats are calling on Republican governor John Kasich to disavow the DeWine letter.