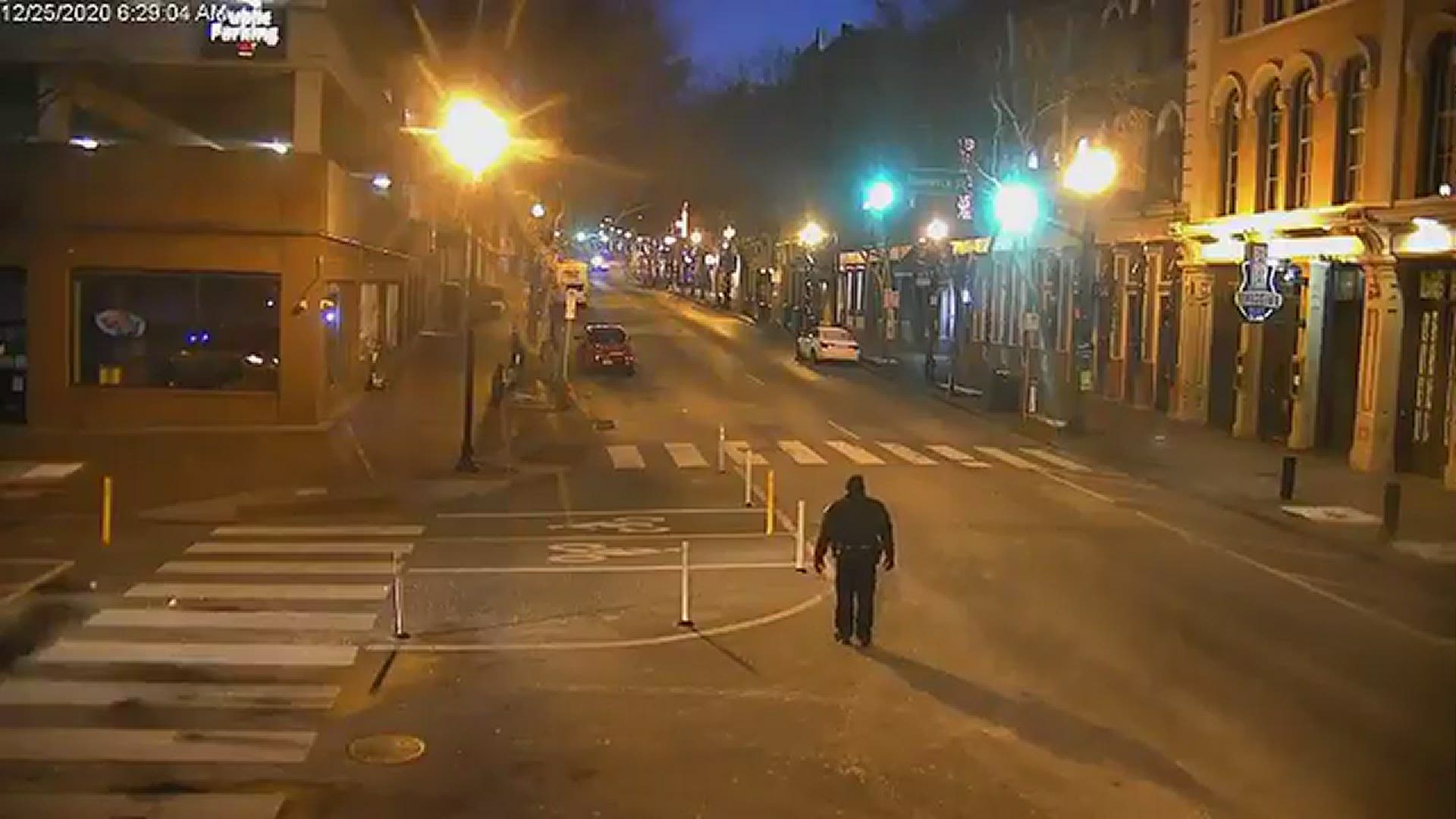 Investigators revealed Sunday that the suspect, identified as Anthony Quinn Warner, blew himself up in the explosion and concluded that no one else was involved in the early morning explosion that damaged dozens of buildings and injured three people.

Police were responding to a report of shots fired on Christmas morning when they encountered the RV blaring a recorded warning that a bomb would detonate in 15 minutes. Suddenly the warning stopped, and switched to a recording of Petula Clark’s 1964 hit “Downtown.”

Metro Police said the explosion was captured by a police camera set up nearby at 2nd Avenue North & Commerce Street.

This is video of Friday morning's explosion recorded by an MNPD camera at 2nd Ave N & Commerce St. pic.twitter.com/3vaXhoUOAR

Investigators have not uncovered a singular motive for the act nor was it revealed why Warner had selected the particular location for the bombing, which damaged an AT&T building and has continued to wreak havoc on cellphone service and police and hospital communications in several Southern states as the company worked to restore service.

Authorities said Warner, 63, was not known to law enforcement before the Christmas blast.

Warner, who public records show had experience with electronics and alarms and who had also worked as a computer consultant for a Nashville realtor, had been regarded as a person of interest in the bombing since at least Saturday when federal and local investigators converged on a home in suburban Nashville linked to him.