Federal workers must be fully vaccinated by Nov. 22 and federal contractor employees have until Dec. 8 under President Biden's mandate. 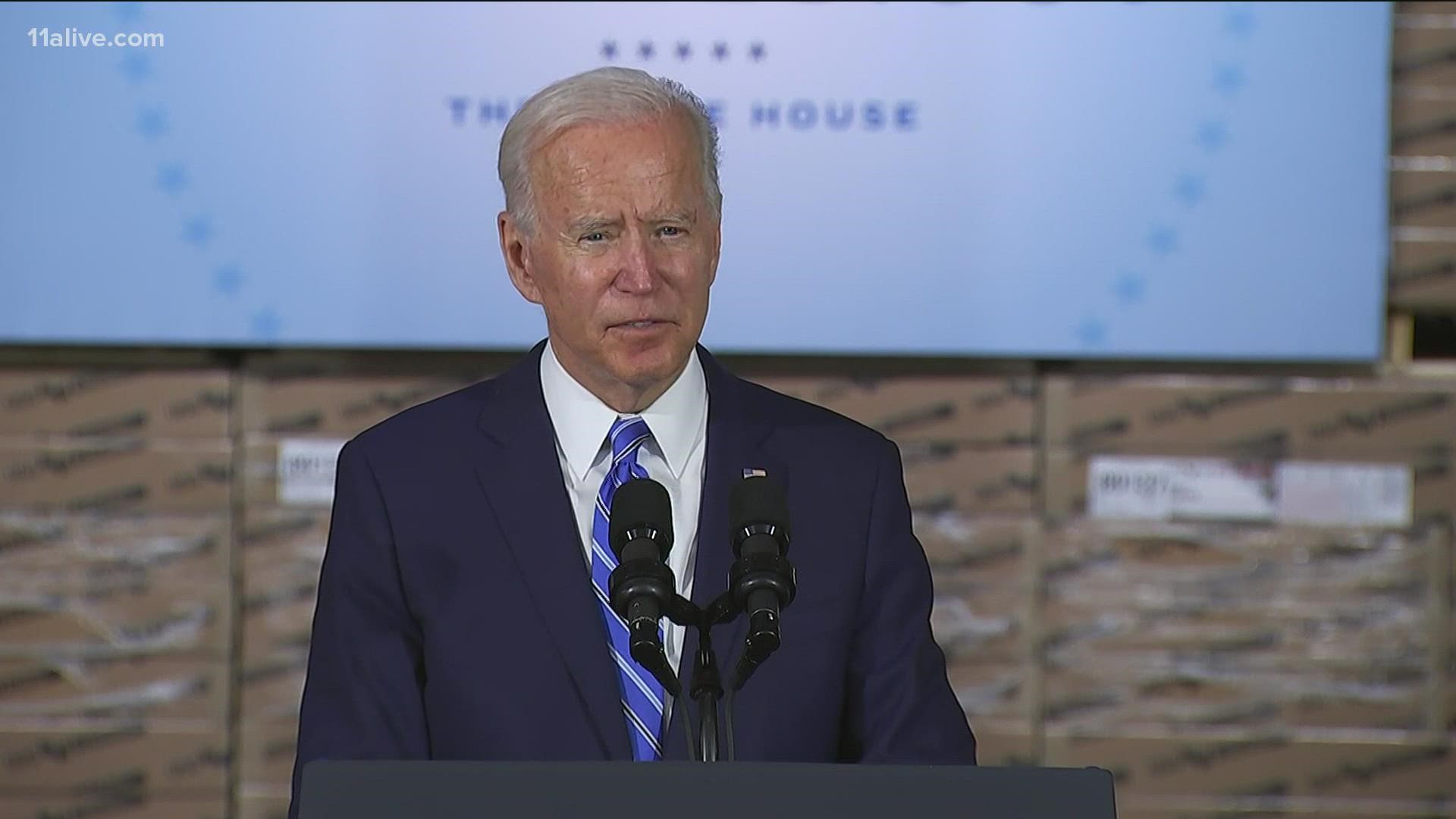 WASHINGTON — At least 20 states have now filed lawsuits against the Biden administration's COVID-19 vaccine mandate, with nearly all of them coming in a wave on Friday. It comes as federal workers have a few days left to get their final dose with federal contractor employees not too far behind.

The states asked a federal judge to block Democratic President Joe Biden's requirement that all employees of federal contractors be vaccinated against the coronavirus by Dec. 8, arguing that the mandate violates federal procurement law and is an overreach of federal power.

“If the federal government attempts to unconstitutionally exert its will and force federal contractors to mandate vaccinations, the workforce and businesses could be decimated, further exacerbating the supply chain and workforce crises,” Missouri Attorney General Eric Schmitt said in a statement.

Texas Attorney General Ken Paxton on Friday separately sued the Biden administration, saying it has "committed repeated and abusive federal overreach to force upon Americans something they do not want."

On Thursday, Gov. Ron DeSantis of Florida sued the Biden administration, saying that the mandate threatened the state's economy. Just days after Biden announced the mandates, Arizona sued him as well, with the state's Attorney General Mark Brnovich saying at the time that the country's southern border, not the vaccine, should be the point of emphasis in containing the virus.

The suits issued Friday argue that the president doesn’t have the authority to issue the rule and that it violates procurement law. The suits also argue that the rule violates the 10th Amendment reserving power to the states, illegally uses federal spending to coerce the states, and that 60 days of public comment wasn't properly allowed.

The Georgia-led suit, for example, argues that such a rule could only stand if Congress passed it in a law.

The Democratic Party of Georgia called the lawsuit a “dangerous political stunt.”

Earlier this week, Alabama Gov. Kay Ivey instructed state agencies not to cooperate with the Biden mandate, and threatened her own lawsuit.

Under CDC guidelines, people are only considered fully vaccinated two weeks after their second dose of two-shot mRNA vaccines from Pfizer and Moderna or the one-dose Johnson & Johnson shot. That means federal workers will have to get their final dose by Nov. 8 and federal contractor employees will need it by Nov. 24.

In some states like South Dakota, which is included in the latest lawsuit filed Friday, state leaders have issued orders making it easier for people to get medical or religious exemptions to the president's mandate. OMB's latest guidance says agencies may potentially deny legitimate vaccine exemption requests if they determine “that no safety protocol other than vaccination is adequate” given the nature of the employee's job.