Missing Dog, Jasmine, Located After Running Away From Wrong Family

A dog that was missing for nearly a week after a kennel gave her to the wrong owners has been found. Get the story. 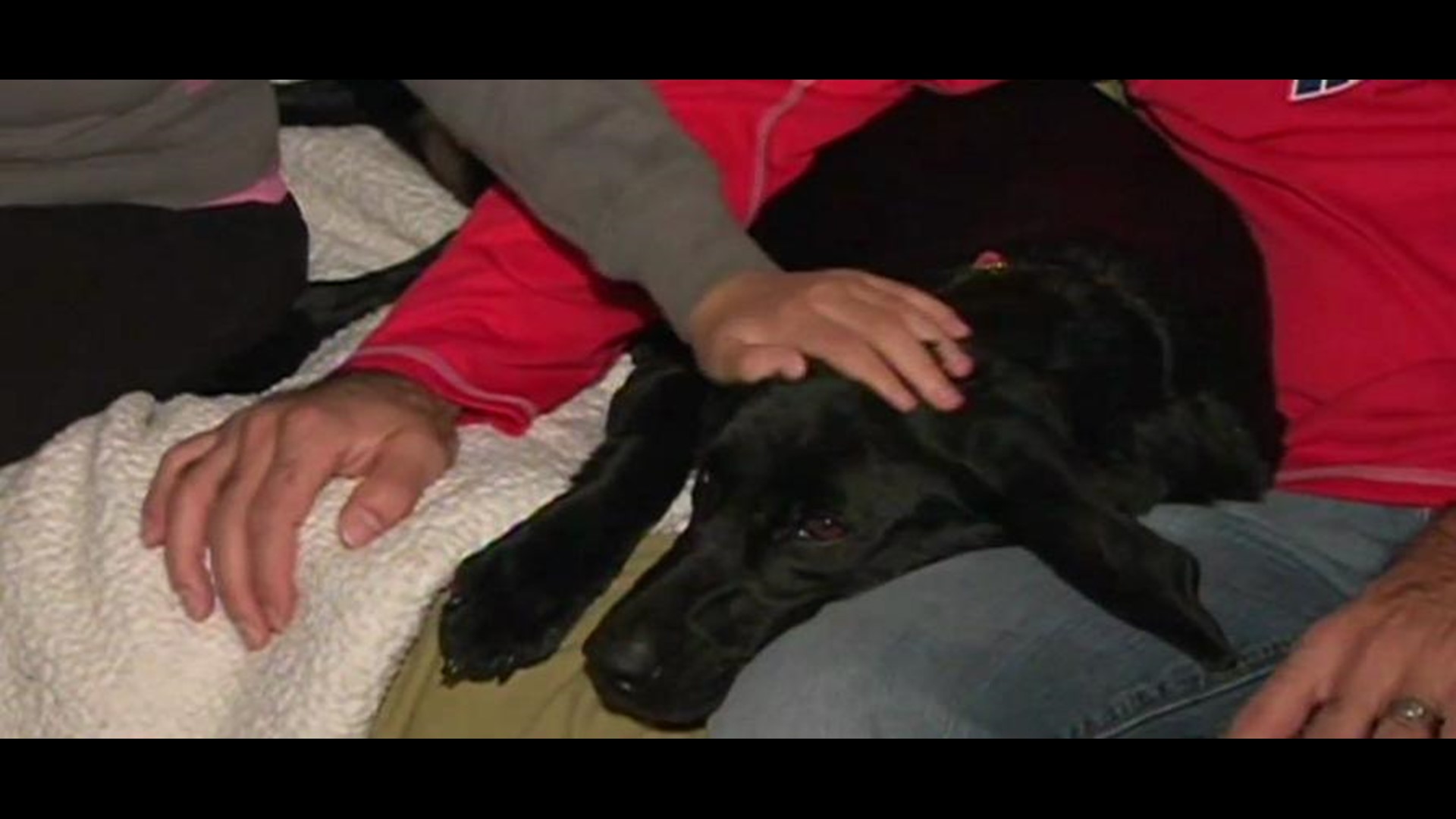 A dog that was missing for nearly a week, after a kennel said they gave her to the wrong family, has been found.

The four-year-old black Lab, named Jasmine, was in the care of Camp Bow Wow in Hilliard.

The dog boarder admitted it sent Jasmine home with the wrong family, in an apparent case of canine mistaken identity.

“They were two black labs. They looked a lot alike, and it was just an honest mistake,” said Camp Bow Wow manager, Adam Schelhammer.

But when the dog got to the stranger’s house, she broke free and ran off.

Jasmine’s family was desperate to get the dog back since it had a bond with daughter, Haley.

"Haley was diagnosed with Williams Syndrome as an infant," Michele Harkins told 10TV. "And she's grown up very compassionate and has no other siblings, so Jasmine has become a huge part of her life."

More than 100 people spread out and searched for Jasmine on Saturday morning.

“We came up with a plan to map out the area where she had been, or we thought she had been,” said father, John Harkins.

The black lab was located by searchers Saturday, around 9 a.m. on Walker Road, near Brown Elementary School.

“The massive search party, everybody was showing up, and just elated we had Jasmine back. We were all in tears and, it was wonderful,” said mother, Michele Harkins.

“She got a little cold, but she's reunited with me and my mom and my dad, and we really want to say, welcome home Jasmine and we love you,” said 17-year-old, Haley Harkins.

Jasmine was reunited with her family.  Camp Bow Wow says the dog was checked by a veterinarian and, although a bit tired and hungry when first found, was doing just fine.

Camp Bow Wow said they will look closely at their procedures to make sure a mishap like this never happens again.