'If you don't believe in miracles, this is the prime example' | Searchers reflect on positive ending for Texas toddler

After nearly four days on his own, Christopher Ramirez, 3, was found alive about five miles from his home in Plantersville. 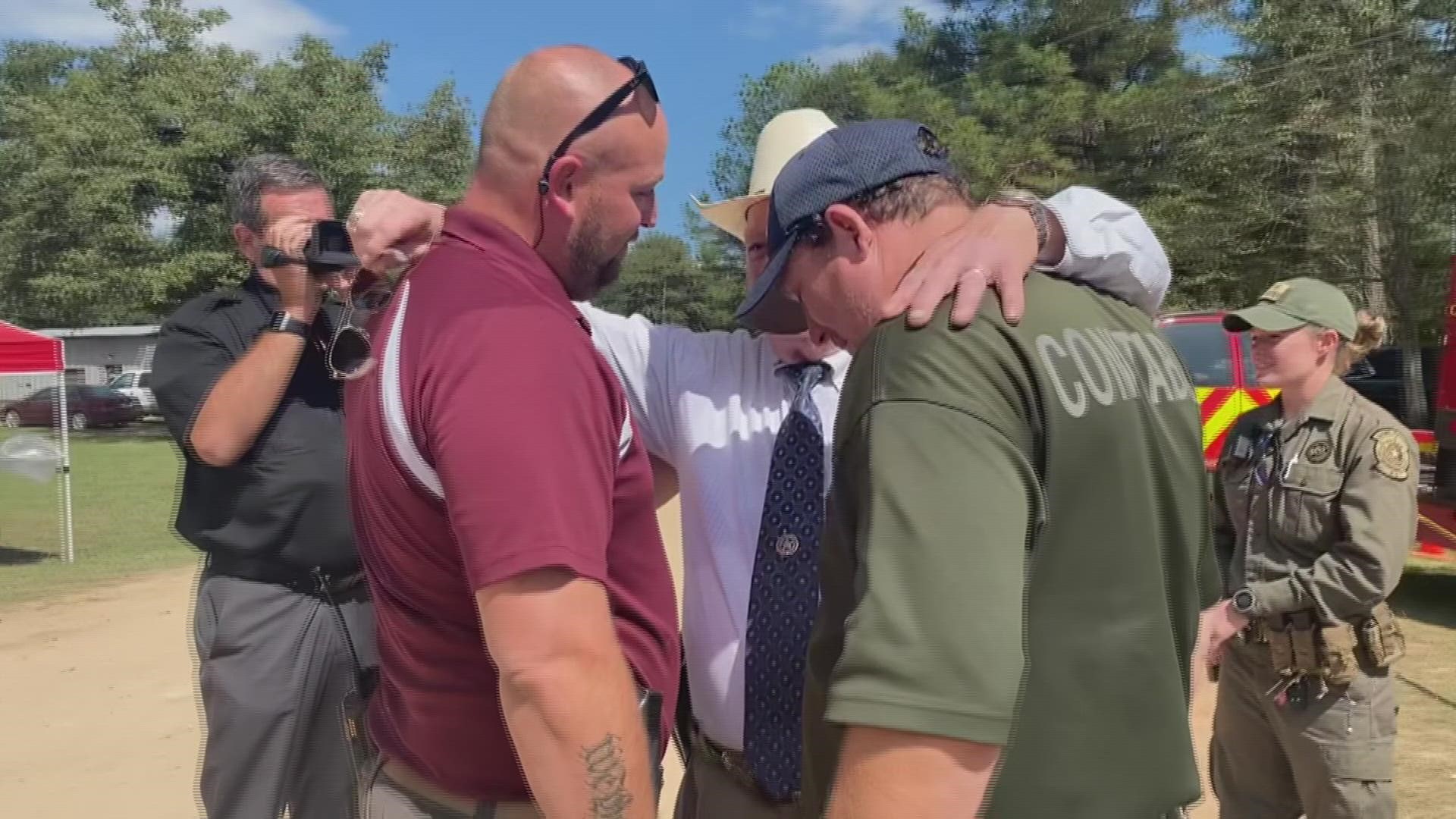 GRIMES COUNTY, Texas — While the reunion between Araceli Nunez and her 3-year-old son, Christopher, is no doubt an emotional one, it's important to realize that those who made it possible are also deeply affected.

Grimes County Sheriff Don Sowell, shortly after announcing they had found the toddler, went to his men and women, wrapping his arms around them as some broke down. He could be heard giving them soft words of encouragement and thanking them for a job well done.

"The combination of local, state, FBI, federal, even national resources were used to corroborate information," Grimes County Constable Blake Jarvis said. When it came to finding Christopher alive, Constable Jarvis didn't hesitate in saying search teams and investigators truly believed in their hearts they would be successful.

"Everything led to that he was still here in these woods, somewhere," he added.

"I think the most important thing to keep in mind for everybody here is that these officers, search volunteers and all the resources we had coming in -- none of these individuals gave up hope," Lieutenant Ellis said. "I think we have to praise our Lord because my faith kept me committed."

There was no doubt many of men's fellow colleagues agreed. Before search teams would head out for their shifts, they would often take time to pray together. "We believed in our hearts that we would find this child and we accomplished that," Ellis said.

"If you don't believe in a miracle, or believe in God, this is the prime example that miracles do exist," Jarvis added.