Micro Apartments Under Construction in Columbus

When it comes to downtown housing, the next big thing may be very small. Starting this August, one developer plans to lease micro apartments. 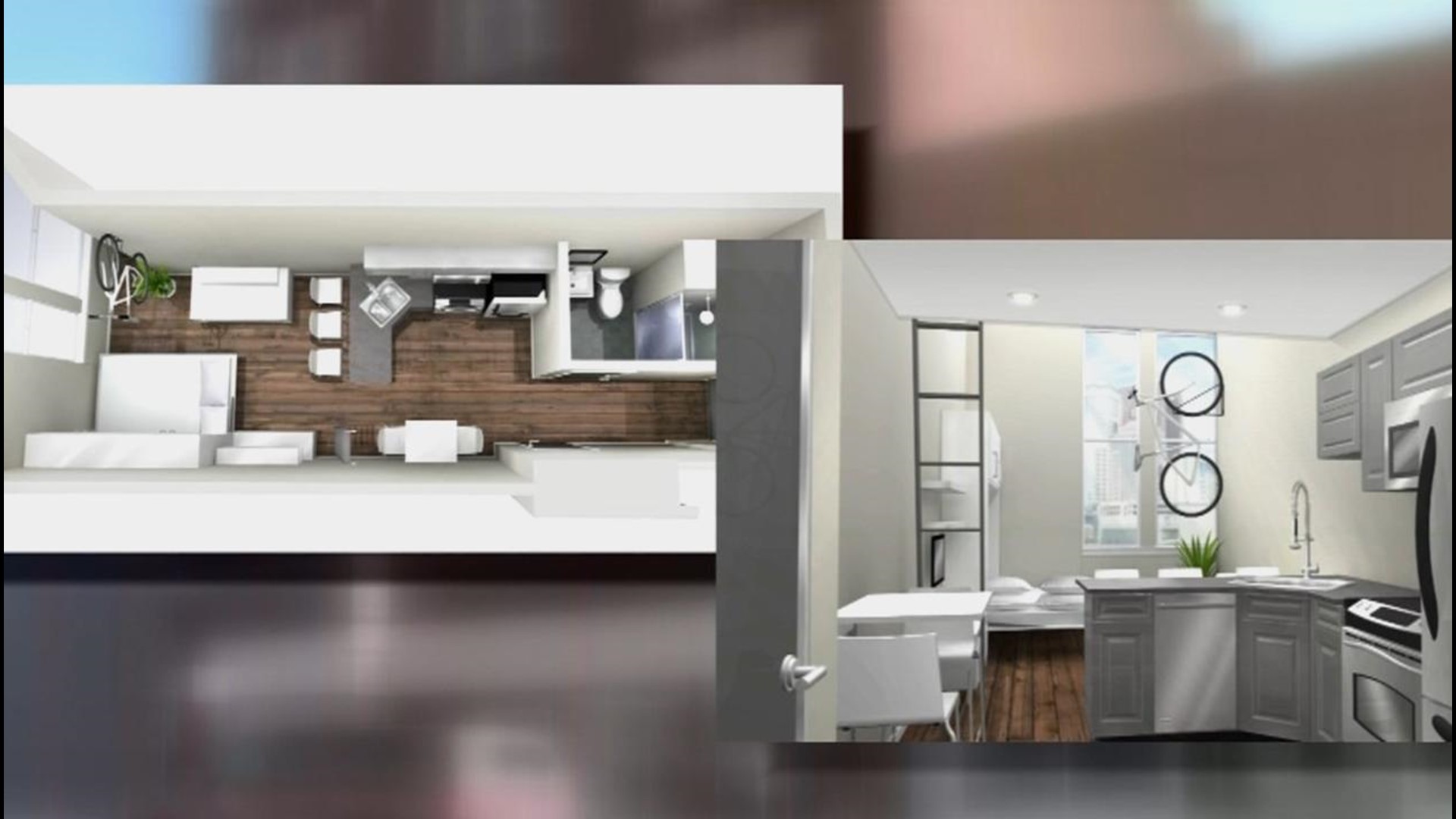 When it comes to downtown housing, the next big thing may be very small.  Starting this August, one developer plans to lease micro apartments.

Brad DeHays, president of Connect Realty, is a developer with an eye for the old and the new.  His company buys old, decaying buildings...and with the help of historic tax grants, renovates and re-purposes them.  As part of his renovations, he's constructing 56 to 58 micro-apartments.

"We did it mainly to fulfill an unfilled niche in the downtown housing market," he said.

As downtown housing prices rise, DeHays said many people are shut out because of cost.  He sees the answer as tiny spaces for less money.

"People realize they could live with less. I think that's part of the movement we're trying to be a part of." he explained.  "What we did was mainly focus on our floor plan of eliminating the unnecessary, just open square footage."

The apartments will have full size bathrooms, and kitchens with breakfast bars and stainless steel appliances. But both the table and bed might fold down from a wall.

"It's for the individuals who want to live downtown and take advantage of the amenities. I think it is an attitude and a lifestyle, not an age group," he said.

DeHays admitted that this concept is not for everyone. "These large, open spaces...they'll always be appealing to some people in the market. But I think there's a core group of people that think they just don't need that much."

"I'm all for people being smart about their resources and living in smaller areas," said Danny DiMarino, when asked what he thought of the concept.

"I've actually always preferred that idea," added Jessica Simmons, "utilizing  a smaller space instead of a bigger space.  Yeah, I like it."

DeHays said micro apartment dwellers are just a small slice of the market, but one with a future.

He added, "I absolutely think it's here to stay."

The micro apartments that will be finished in August are at 260 S. Fourth Street.  If DeHays gets historic tax credits for the other building at Long and Front Streets this June, those additional micro apartments will be ready a year from August.