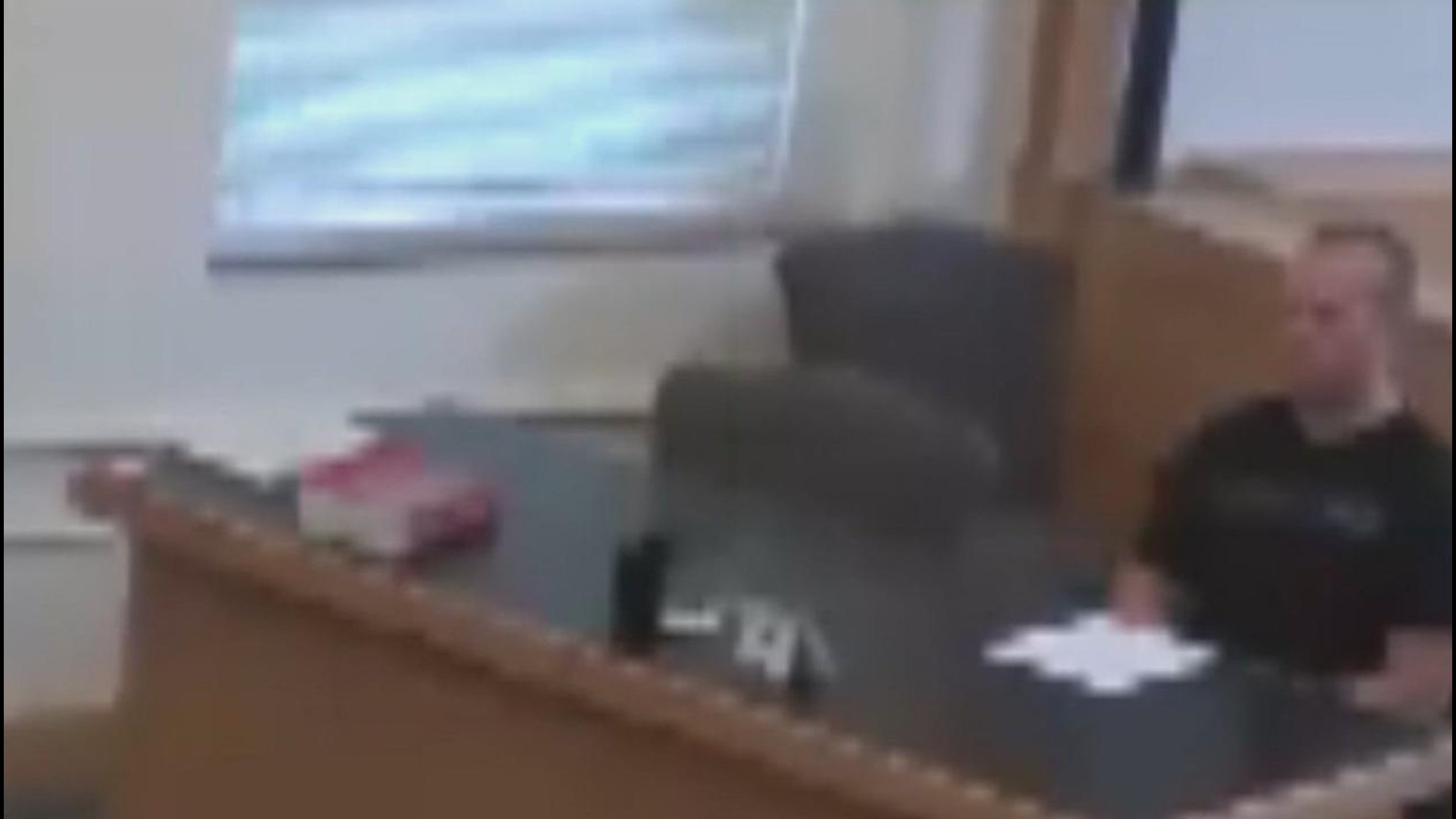 One of two men that claim they were chased down by an off-duty police officer after bumping his wife’s vehicle in a parking lot said what happened that night in November still haunts him.

“The whole entire time, I’m just thinking in my head, ‘What’s going on, what’s going on?’” Anthony Smallwood said. “I believe that he was abusing his power.”

He and a friend were in a parking lot off Ety Road in Lancaster. His friend opened the passenger door and hit the car next to him.

Smallwood said the woman inside rolled down her window and told the men to be more careful. When the men apologized, she rolled her window back up and the matter seemed to be over.

Two minutes later, the men were back in the car headed down Ety Road.

“And a white Tundra pulls out of nowhere and comes at us head on and I just stopped because, I’m like, ‘Is this guy about to hit me head on or something?’” Smallwood said.

Smallwood said Columbus Police Officer, Andrew Hawkins, got out of his car and walked towards him.

“He comes at me, very aggressively, he says ‘Get out of the car, hit and run!’” he said.

Smallwood says Officer Hawkins physically pulled him from the driver’s side.

“[He] puts me up against the car, put my hands behind my back, then [he] starts shoving me in the mirror and shoving my face down and everything,” he said.

Smallwood’s friend in the passenger seat tried to get out.

“He goes to get out just to kind of have my back and see what’s going on and everything and he says ‘Sit the [expletive] down or I’ll blow you away!’,” he said.

A witness backs up Smallwood’s claims in a 911 call.

“The cop more or less chased him down in his personal vehicle and now he’s got them detained,” the witness told police. “You guys have got to get here, quick. It’s a crazy situation out here.”

Hawkins was charged with eight counts, including aggravated menacing and unlawful restraint Wednesday. He pleaded not guilty, which Smallwood can’t believe.

“It’s not right,” Smallwood said. “It’s not a good-hearted person. If you’re supposed to protect the people, then what are you doing?”

Columbus Police say Hawkins’ badge and gun have been removed and he is now on desk duty until the outcome of this criminal case.