A man is in custody following a shooting inside a Kroger store. Find out more. 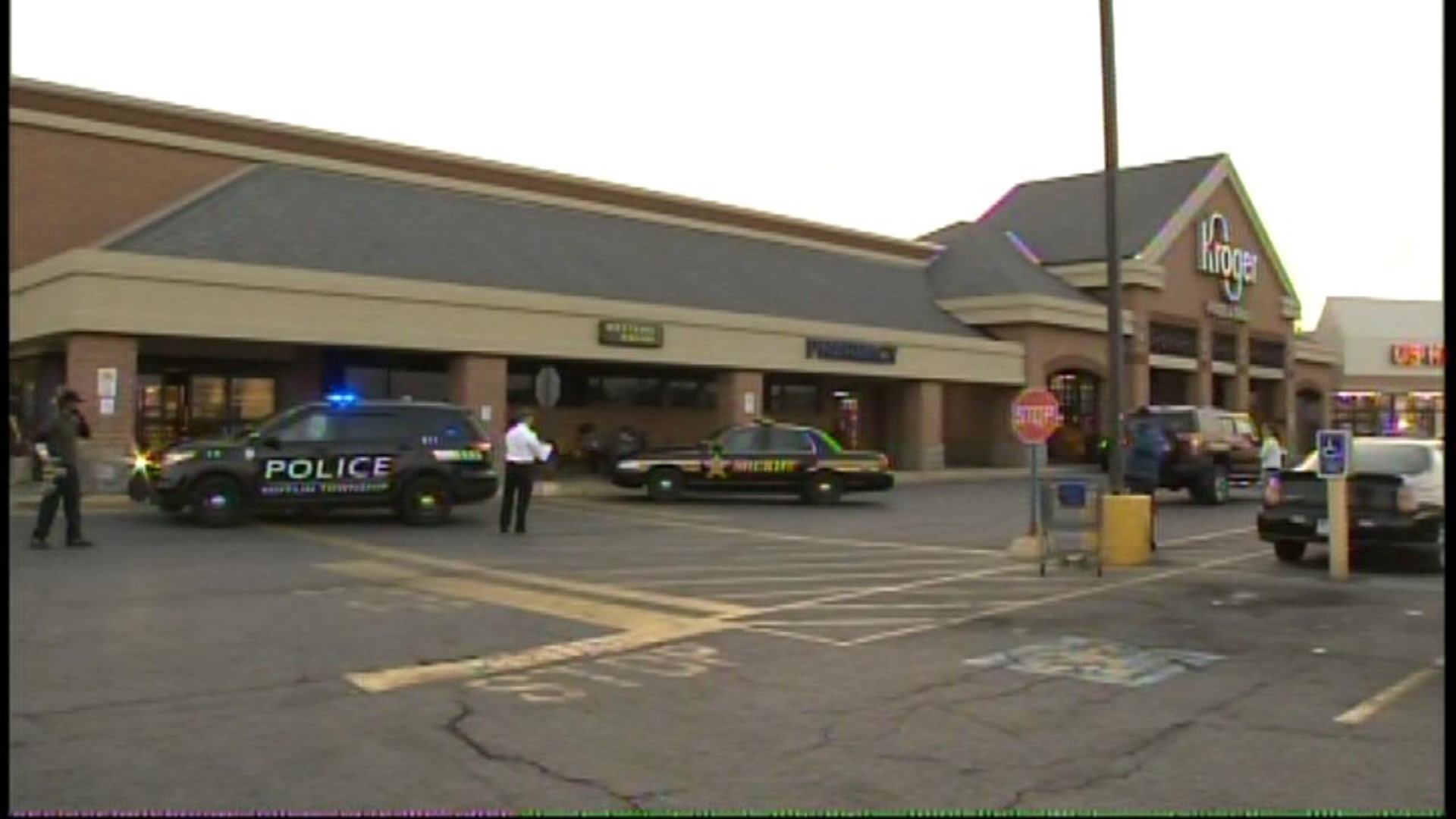 A man is in custody following a shooting inside a Kroger store in the 3300 block of Cleveland Avenue in Columbus.

The Franklin County Sheriff's Office says the incident began when someone inside the store confronted and began chasing a shoplifter.

That's when witnesses say, that shoplifter fired his gun.

Debbie Boalick says she was injured when the gunman plowed into her and her daughter.

"Pushed my daughter out of the way, knocked me into the cooler, fell to the ground, he ran over and jumped on top of the pharmacy counter," said Boalick.

Verdia Thompson was in another part of the store and heard the shot.

"I heard the pop and then a lot of people running. I thought somebody was fighting but then after a while I got up to the front and I asked the pharmacist and she told me that some guy shot at the pharmacy window," said Thompson.

No one was struck by the bullets.

The man was able to flee the store.  He was taken into custody following a brief chase.

The Franklin County Sheriff's Office and police from Columbus, Mifflin Township and Clinton Township assisted in the arrest.

A Kroger spokesperson tells 10TV an armed security guard was inside when this happened.