A woman was shot in the chest in the parking lot of the Pelican Room Lounge after a dispute Thursday morning, police said. 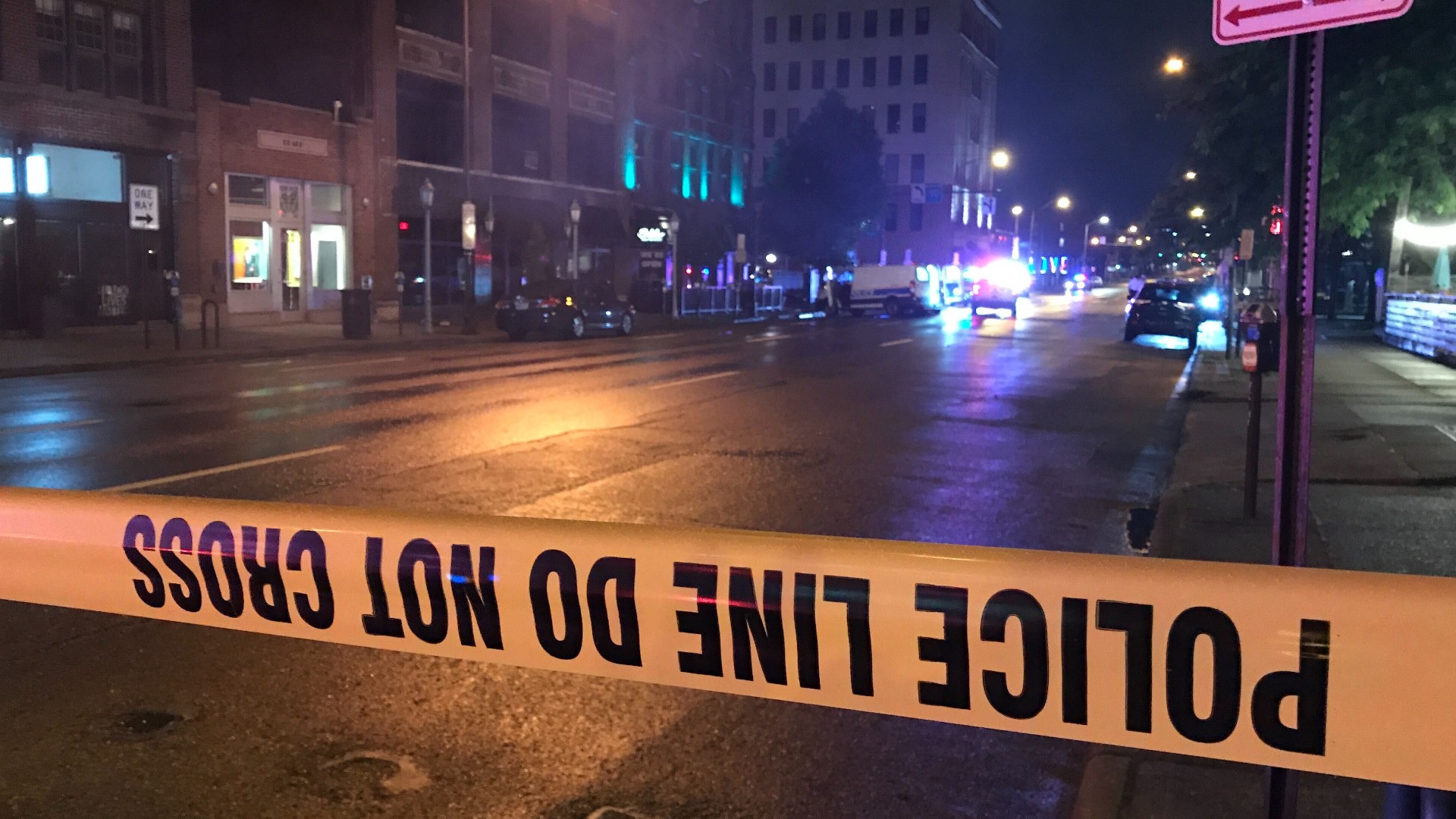 COLUMBUS, Ohio — A woman died after she was shot in the chest at a bar in Downtown Columbus early Thursday morning.

The shooting took place after 1 a.m. in the parking lot of the Pelican Room Lounge after a dispute, according to the Columbus Division of Police. The lounge is located below Sidebar at 122 E. Main St.

The victim, later identified as 26-year-old Teaira Harris, was found by police lying in the parking lot unresponsive with a gunshot wound.

She was taken to Grant Medical Center in critical condition. Harris succumbed to her injuries and was pronounced dead at 4:21 a.m.

Police say a suspect was detained at the scene.

Witnesses at the scene told police that a number of small fights led to the shooting. They said the victim displayed a firearm and pointed it at several people including the suspect who fired his weapon in self-defense.

Police said no charges have been filed at this time and the investigation is ongoing.