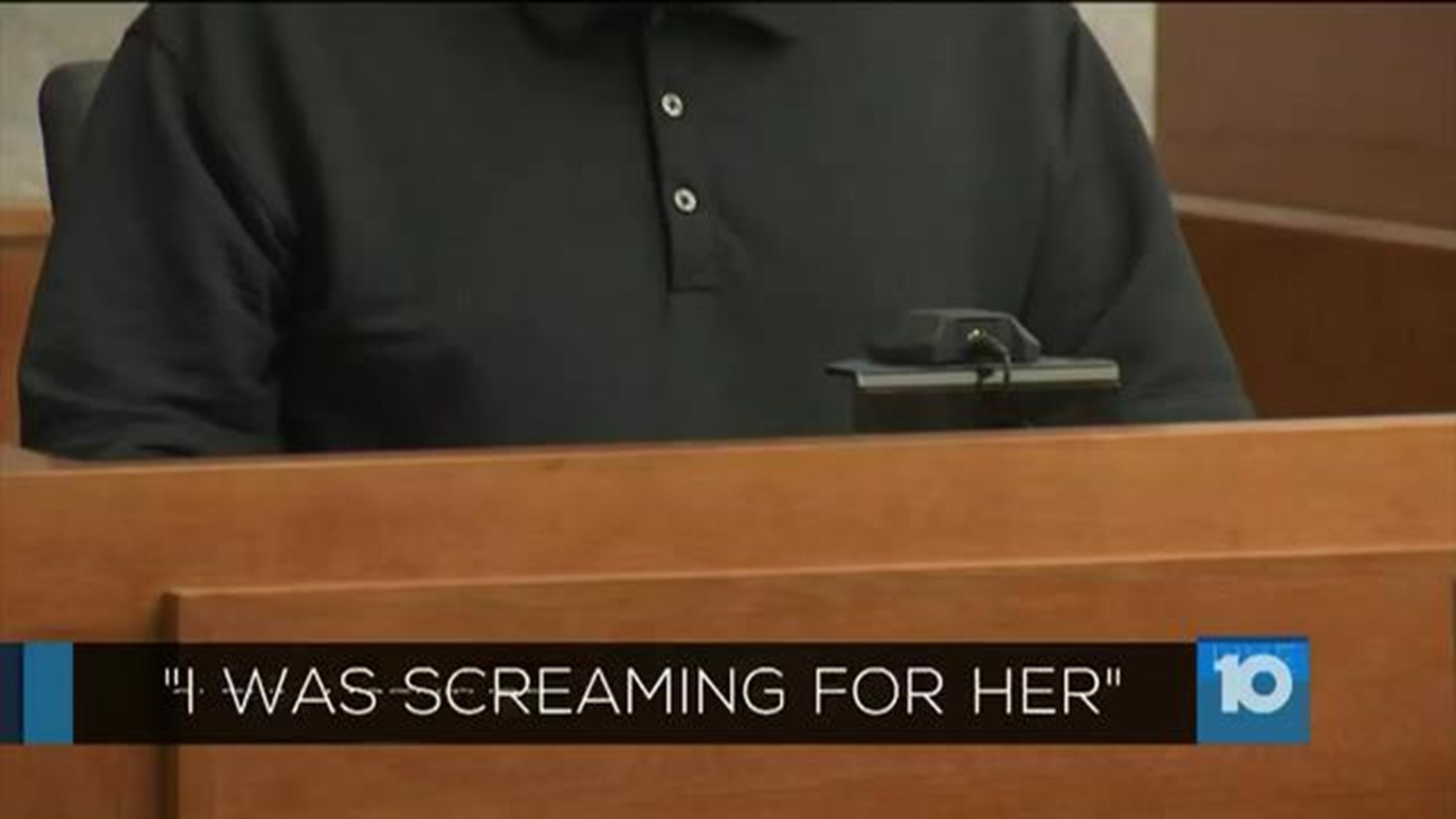 COLUMBUS - The trial of the man accused of murdering a 24-year-old Columbus woman began on Tuesday.

Franklin County Prosecutor Ron O'Brien told the jury that he can prove that Pardon was the only person to commit the crime based on the fact his DNA was found on Anderson and his cell phone can be traced near her apartment the night of the murder.

"Rachel Anderson [was] brutally, terribly tortured, raped, and murdered by the defendant and we would expect you to find a verdict of guilty on all counts and all specifications," O'Brien said.

The defense argued that none of the opening statements by either side are based on facts and they need to listen to witnesses to determine what really happened.

The jurors in the case were shown graphic photos of Anderson hog-tied with the cords of a curling iron and hairdryer.

Her head was covered in a shroud. The prosecutor said she was stabbed in the base of her head with a steak knife from her apartment.

About 20 members of the Anderson family were in the courtroom and some bowed their head, unable to look at the gruesome photos.

Jonathan Kennedy testified how he and friends were excited to celebrate Anderson’s birthday. The plan was for Anderson to come to Kennedy's home and celebrate.

Anderson made it to the party on Saturday night and got up the next day to go back to her apartment.

Kennedy testified that Anderson had forgotten the key to her apartment. A spare key was left with Kennedy's wife and arrangements were made to give her the key.

By the following Monday, no one had heard from Anderson including her employer at the Shaw-Davis funeral home.

Trent Snider, who worked for the funeral home, testified he came to the apartment to check on Anderson. He said the front door was closed but noticed there was a candle burning inside.

He was told by the property manager he couldn't go inside because his name wasn't on the lease.

Kennedy testified he also went to Anderson's apartment later in the day looking for Anderson after his wife got a call from her work. Kennedy said that her front door was locked.

He told the jury he notified the apartment manager to get inside the residence. The property manager went in and blew out a candle.

He testified the property manager looked around inside the apartment but didn't find Anderson.

Police were called but didn't have a search warrant to enter.

Kennedy said he wasn't satisfied with that search and testified that Anderson's work asked him if anyone looked in the closest.

At that point, Kennedy said he asked to go into the apartment and search after he had got clearance from Anderson's ex-roommate whose name was on the lease.

He tearfully testified what happened when he searched the apartment and opened the closet door.

Kennedy told jurors he started to scream and went downstairs to tell police what he found.

The prosecution says Anderson and Pardon did not know each other and that this was a crime of opportunity.

Pardon wrote a letter to 10TV in December claiming he knew Anderson and they would get high together.

If convicted of the crime Pardon could face the death penalty.