According to an internal department memo obtained by 10TV, Quinlan will stay with the department as deputy chief. 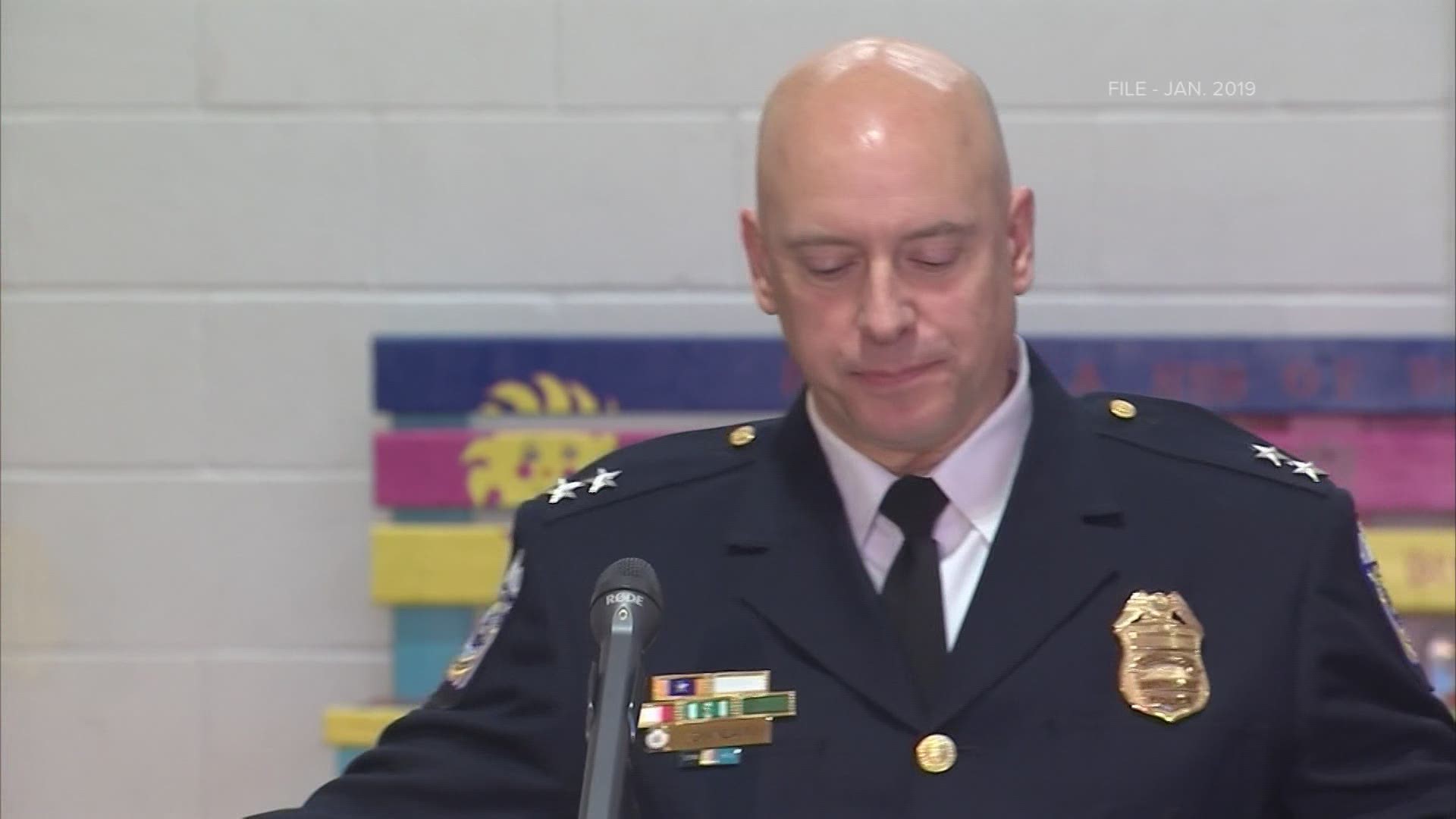 COLUMBUS, Ohio — Thomas Quinlan has agreed to be demoted from the position of Columbus Police Chief, at the request of Mayor Andrew Ginther.

In an emailed statement, Ginther said, "It became clear to me that Chief Quinlan could not successfully implement the reform and change I expect and that the community demands."

Ginther went on to say he felt people who live in Columbus lost faith in Quinlan and the police department's "ability to change on its own."

In an internal note to the police department announcing the change, which was obtained by 10TV, Quinlan wrote he agreed to be demoted to deputy chief.

"I welcome this transition and wish everyone good health and safety," Quinlan wrote in the memo.

Ginther said Deputy Chief Mike Woods will serve as interim chief while the city conducts a national search for a permanent replacement.

“The opportunity to serve as your Chief of Police has been the honor of my career," Quinlan wrote in a statement.

Quinlan said he respects the decision made by Ginther and Public Safety Director Ned Pettus.

"In my three decades of service to Columbus, my commitment has never been to any title or position. It has been to this Division and this community I love," he continued.

Columbus City Council President Shannon Hardin wrote in a statement he appreciates Quinlan's efforts to work on reform but supports the decision to search for a new police chief.

Woods wrote in a tweet he is honored to serve as the interim chief.

Former police chief Kim Jacobs told 10TV she was "disappointed" in the decision to have Quinlan step down.

"I think continuity is important in leadership," Jacobs said. "It’s almost an impossible task right now to please people in policing. A lot of chiefs have been let go, just as a statement."

FOP Lodge #9 President Keith Ferrell said he believes there are qualified candidates for the role here at home.

"Columbus deserves the best quality candidates. I think we have some very good candidates here for sure, so we are not afraid of them stacking up to anybody in this country," Ferrell said.

Quinlan was the 34th police chief in Columbus and has been with the division since 1989, serving as a patrol officer, field training officer, patrol lieutenant, commander and deputy chief.

The demotion takes effect on Friday.

Credit: City of Columbus
A photo of Mike Woods

Full statement from Thomas Quinlan:
“The opportunity to serve as your Chief of Police has been the honor of my career. While I very much hoped to continue in that role, I respect the Safety Director’s decision, and the community’s need to go in a different direction. We accomplished a lot in my time as Chief. We implemented dozens of reforms geared toward accountability, transparency, and strengthening public trust. Someone else will now carry those priorities forward, and I will help and support them in any way I can. In my three decades of service to Columbus, my commitment has never been to any title or position. It has been to this Division and this community I love. That will not change.”

Full statement from Shannon Hardin:
"I support Mayor Ginther's decision to move forward with a search for a new Chief of Police as a way for our community to continue to heal. I appreciate Chief Quinlan's genuine efforts to push reform from inside the Division. Council remains focused on reform and a reimagined vision for public safety. I look forward to working with the next Chief of Police."