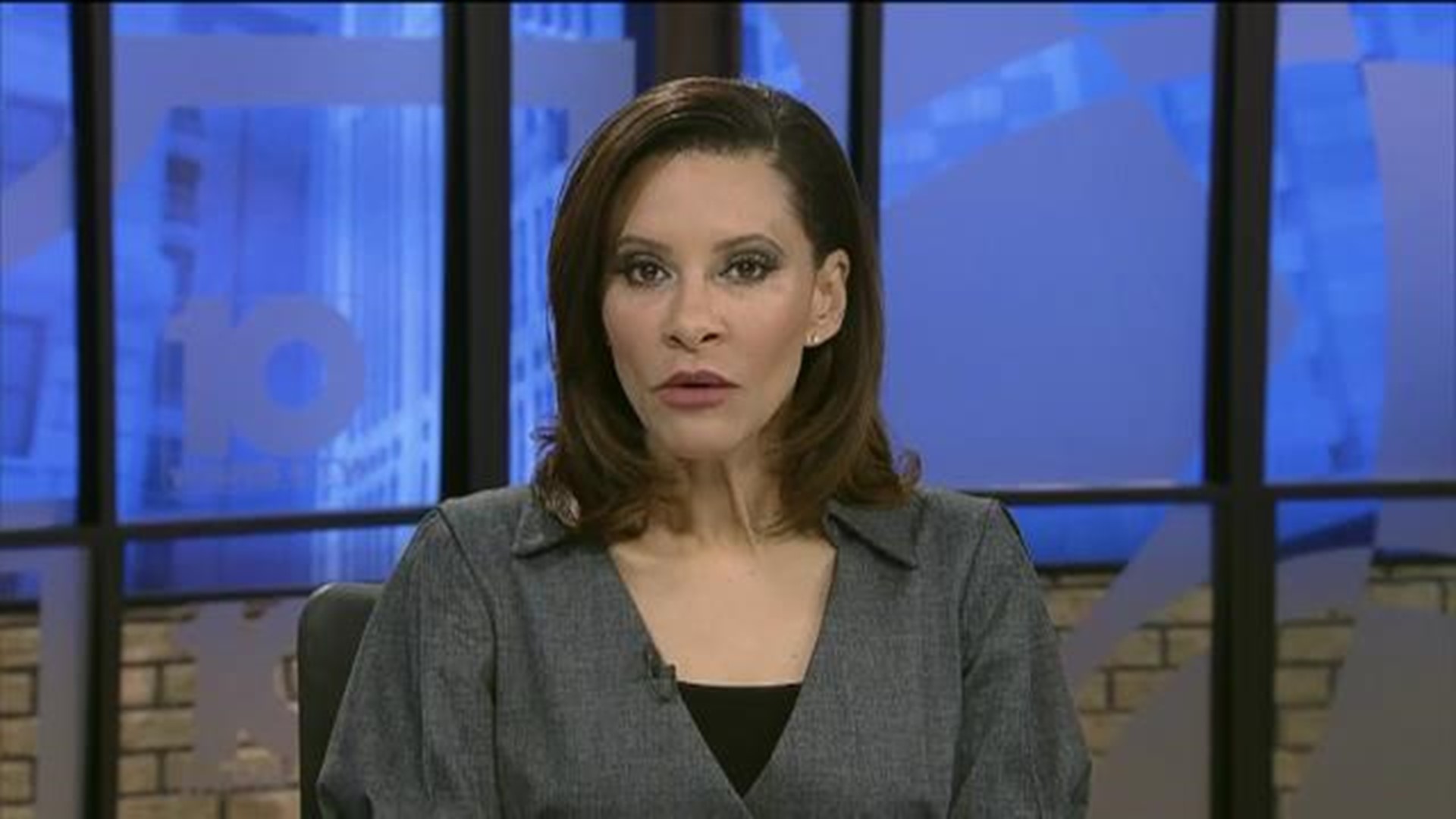 COLUMBUS, Ohio — Day two of the aggravated murder trial of Anthony Pardon included a show and tell for jurors about the evidence found inside the apartment of 24-year old Rachael Anderson.

Anderson was killed on January 28, 2018 and police later charged 55-year-old Anthony Pardon with her murder, rape and kidnapping.

During Wednesday's testimony, a detective from the state's crime lab talked about the photographs and evidence that were collected.

It was the first time the jury had seen any of the items up close.

Dozens of pieces of evidence were taken from brown evidence bags including the shirt Anderson was wearing the day of her death.

"This is the steak knife that we found on her dresser," said Detective Joshua Durst.

The jury was also shown the curling iron cord and hair-dryer cord that prosecutors say were used to hog-tie Anderson.

"This is the cord that was wrapped around her ankle and wrist and used as a hog tie," said Detective Durst.

Anderson was found stuffed her in apartment closet.

It was revealed the knife wasn't discovered by police, but by Rachael's mother. The judge told the jury she found it in a box inside Rachael's apartment, two weeks after the crime.

"We do a very exhaustive search. It's not like TV, we did our best twice to make sure we didn't leave anything behind, but unfortunately, we did," said Durst.

The defense team called it a "big mistake."

Earlier in the day, Rachael Anderson's brother, John Anderson, said in a testimony that he suspected others may have killed his sister.

He testified that he suspected one of Rachael's friends, John Kennedy, of the murder because he found the body and had a key to her apartment.

Kennedy testified Tuesday about how worried he was that Rachael had not shown up for work.

John Anderson was questioned by Padon's attorney, Isabella Dixon, as to why he suspected Kennedy.

"She was afraid of John Kennedy?" said Dixon.

"They had a falling out?" said Dixon.

"According to your sister, he had sexual vibe for her?" said Dixon.

"Yes, he felt she was an attractive woman," said Anderson.

While the defense attempts to point the finger at other possible suspects, none of whom have been charged in the case, the prosecution says it has DNA evidence that places Pardon at the crime scene.

Prosecutors say his DNA was found on Rachael Anderson's body and inside her.

They also told the jury Pardon's DNA was found on the cords used to tie her up, and there is video surveillance of him using her credit cards hours after the murder.

O’Brien said there would be no need for a lie detector test because Pardon’s DNA was found on Anderson and forensic data from his cellphone placed him within 28 feet of the crime scene, around the time prosecutors allege the murder occurred.

Pardon has an extensive criminal history — including being convicted as a juvenile for the rape of a 9-month old boy, court records show. And in 1982, Pardon was convicted of attempted murder and rape involving the mother of a high school classmate.

He would spend nearly 25 years in an Ohio prison for that case. When he got out and moved to Georgia, Pardon was later convicted of forgery and failing to register as a sex offender. He spent another nine years in a Georgia prison before returning to Ohio in the spring of 2017 — where he was under probation in Ohio as part of the interstate compact — a relocation agreement between states that involves the transfer of former inmates to various states.

Despite a judge’s order from Georgia that Pardon wear an ankle monitor and pay for all expenses, the state of Ohio’s Adult Parole Authority chose not to place Pardon on ankle monitor because of the length of monitoring and “the expense issue.”

At the time of Pardon’s arrest, police said that Anderson had been “tortured.” Her cause of death was listed on the autopsy report as stab wounds to the head and neck but there were also notations about ligature strangulation.

Shortly after his arrest, Columbus police held a news conference to announce that they were confident they had the right person because of DNA evidence.