This year, all four districts in the county, along with Ohio Christian University and the sheriff’s office, partnered together to purchase a bomb and search K9. 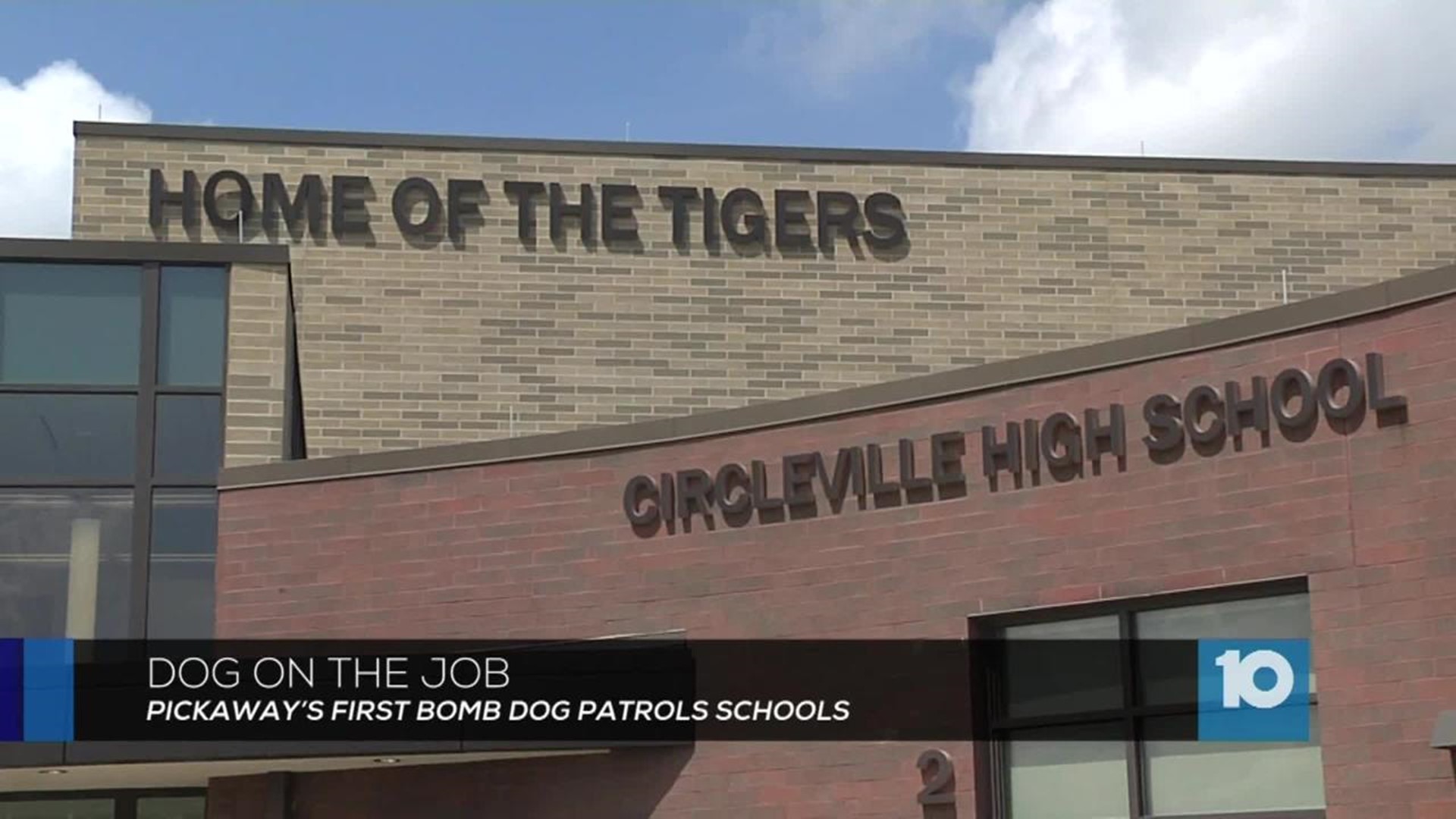 A new school year means a fresh start for students and for another a new face in Pickaway County schools.

This year, all four districts in the county, along with Ohio Christian University and the sheriff’s office, partnered together to purchase a bomb and search K9.

The idea came to Sheriff Robert B. Radcliff after the county was forced to use resources from Franklin and Ross Counties during previous incidents.

Radcliff reached out to the superintendents with the suggestion of creating a partnership alongside the D.A.R.E program that is already implemented county-wide.

“We all had the same goal,” Radcliff said. “We want to make sure our students are safe in the environment we’re in today and whatever tools we can put in our arsenal, we’re going to.”

It cost roughly $11,000 to add K9 deputy Mike to the team but with the price split between all six entities, it was attainable, Radcliff said.

“To have that added piece and know that they're right here whenever we need them, yeah, it is comforting,” said Jonathan Davis, Circleville City Schools superintendent.

The county already has three other dogs used for narcotics detection. What makes Mike different, is that he is used to search out threats, like explosives.

“We live in an environment right now that's somewhat volatile and rhetoric and whatnot can escalate quickly, so the more resources we can put into safety in the county, especially for our students, we're all onboard for that,” Davis said.

It’s a rare circumstance, but one the county needs to be prepared for, Sheriff Radcliff said.

“One thing we do is we aggressively investigate those incidents and even if we believe that it’s not, that it’s a 99.9 percent chance it’s just a student writing a note on a wall, or leaving a note, we still investigate it as if it’s real until we determine it’s not,” he said.