Curtis Cunningham was a fixture at the corner of North High Street and West 18th Avenue, just outside Buckeye Donuts, for years. He died this past weekend. 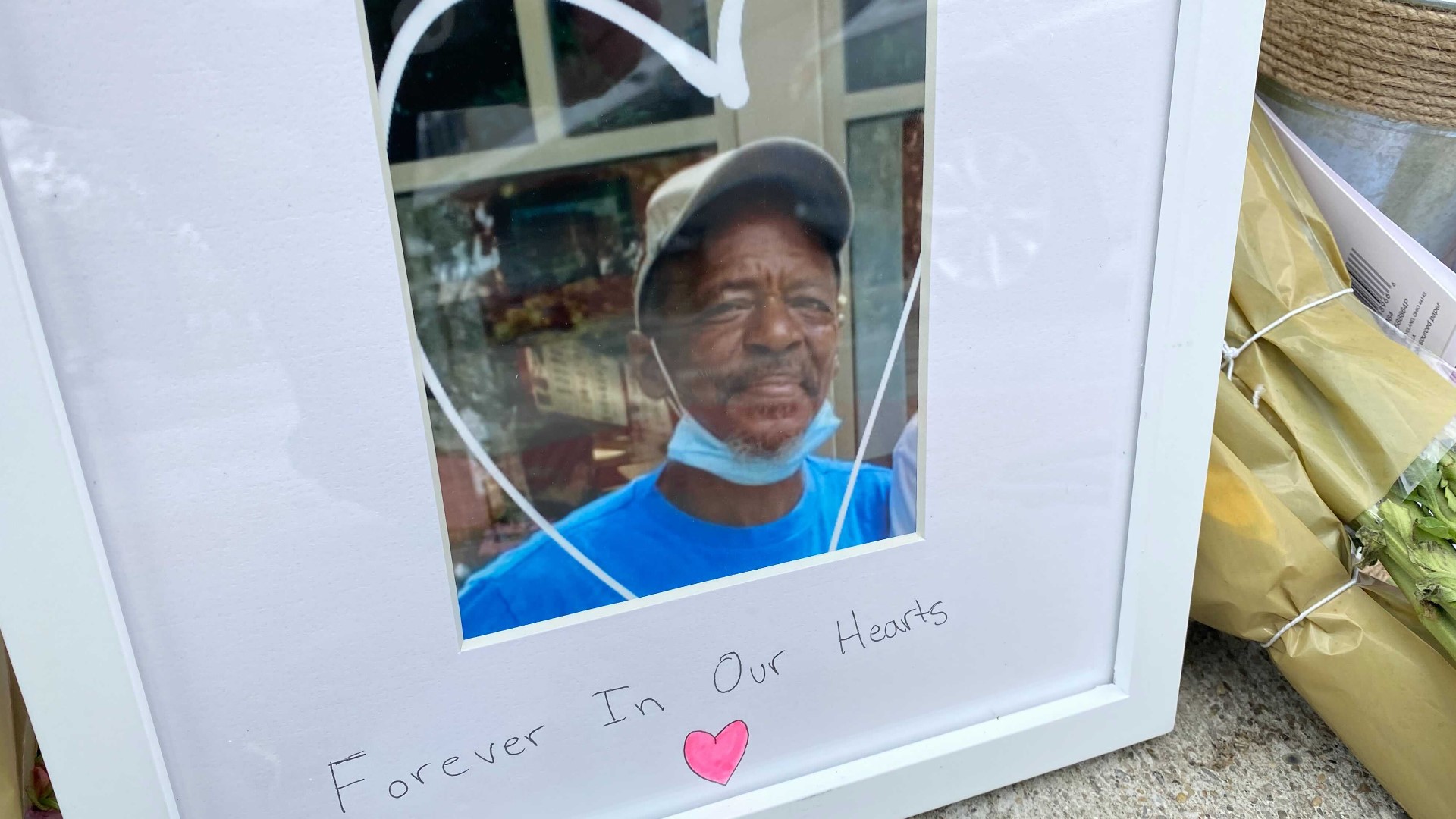 It was a phrase Curtis Cunningham uttered countless times.

He was a fixture on the corner of North High Street and West 18th Avenue, just outside Buckeye Donuts in the OSU campus area, for years.

“First thing in the morning, around 7 a.m., he would come get a cup from me to get change in, and then he would go out there, and as people walk by, he would talk to the girls, talk to the guys, then he always said his famous slogan – have a great day,” said Dalton Perkins, who’s been a baker and cook at Buckeye Donuts for nearly four years.

Perkins said the team at Buckeye Donuts heard Cunningham died in his sleep this past weekend. By Wednesday, the shop had posted a tribute on social media, and a memorial of flowers, candles, stuffed animals and more had popped on the corner.

“Every day, does not matter what the weather was, if it was pouring down rain, puddles, High Street flooded, he was always out here,” Perkins said.

Those who passed by the are would see Cunningham with his signature coin cup, often wearing a shirt with his own name and slogan on it.

“I don’t think I’ve ever met someone as energetic, as bright as him,” said Asif Uddin, an OSU teaching assistant. “Every single person that walked by, he would have a hello, just greeted everyone that he knew, and so, his energy was unmatched. He’s definitely going to be missed a lot.”

Uddin said he first met Cunningham back in 2017, when he was a student at the university. And he’s seen him countless times since. He took time to stop at the memorial on Thursday.

Andre Bitmayl also stopped by the memorial, bringing with him a bouquet of flowers to leave for his friend.

Bitmayl owns Royal Factory, just down the block, and said Cunningham worked for him a few times.

Many who saw Cunningham on a regular basis felt like they knew him, but apparently the man with the famous slogan still had a few secrets up his sleeve.

It turns out, he was not homeless, as many thought he was.

“He’s not homeless,” Perkins said. “He’s a military veteran, and he (panhandles), I’m not sure, he might have done something else, but he was always out here every day, so I don’t know what else he did. But, yes, he had a car, he has a girlfriend, and he has a house.

Perkins tells 10TV there may be plans in the works to raise funds to help pay for Cunningham’s funeral, perhaps by selling t-shirts.