He shared an article about a former CDC Director telling CNN he believes the coronavirus originated in a lab in Wuhan, China, despite having no evidence. 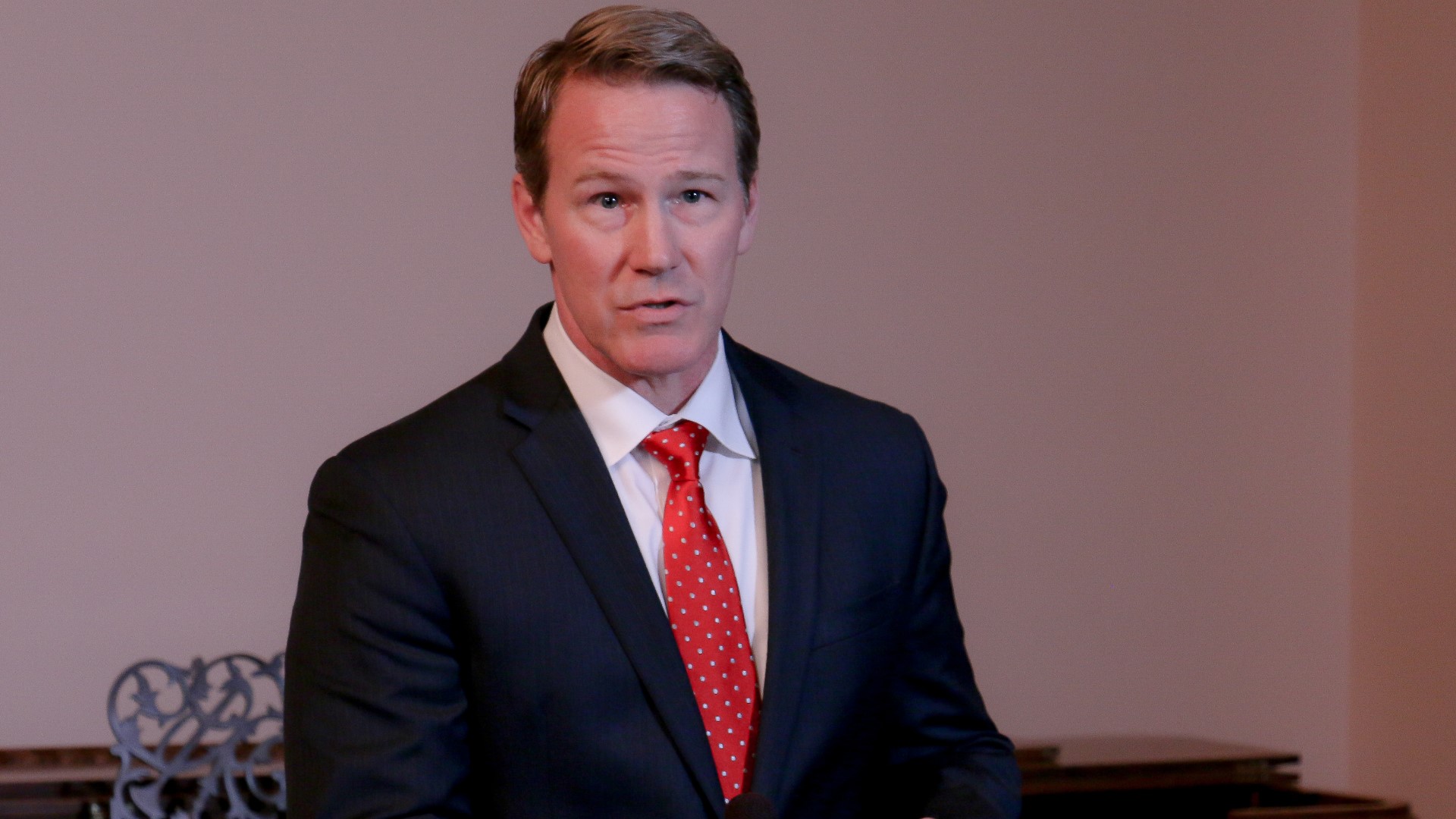 He shared an article about former Centers for Disease Control and Prevention Director Robert Redfield telling CNN he believes the coronavirus originated in a lab in Wuhan, China, despite having no evidence.

In the tweet from his personal, verified account, Husted wrote, "So it appears it was the Wuhan Virus after all?"

So it appears it was the Wuhan Virus after all?https://t.co/zmimtlZ9Ev

Do better @JonHusted. The article clearly says this is an opinion not supported by any evidence, and your tweet is incredibly tone deaf to the hate and violence our fellow AAPI Ohioans have faced because of this kind of rhetoric.#StopAsianHate https://t.co/MU112stGpZ

Redfield has stressed that his belief about the origin of the virus is just his opinion.

However, experts from the World Health Organization, virology experts and Dr. Anthony Fauci, the chief medical advisor to the president, said there is no evidence to support his claim.

During a COVID-19 response briefing on Friday, Fauci addressed Redfield's claims saying, "The issue that would have someone think it's possible to have escaped from the lab would mean that it essentially entered the outside human population already well-adapted to humans, suggesting that it was adapted in the lab. However, the alternative explanation which most public health individuals go by, is that this virus was actually circulating in China, likely in Wuhan, for a month or more before they were clinically recognized at the end of December of 2019.

"If that were the case, the virus clearly could have adapted itself to a greater efficiency of transmissibility over that period of time up to and at the time it was recognized. So Dr. Redfield was mentioning that he was giving an opinion as to a possibility, but again there are other alternatives -- others that most people hold by,” Fauci said.

The Asian community has been the target of a startling rise in violence and harassment throughout the pandemic.

On Saturday, Husted replied to his tweet saying, "To be clear, the tweet above referred only to the Chinese GOVERNMENT. A government of oppression that imprisons people of faith, silences dissenters and the media, manipulates its currency and steals our technology. "

Would anyone be shocked to learn they also lied about a communicable disease that caused a pandemic?

"The Lt. Governor was highlighting an article in which the former CDC director questioned the Chinese government’s account of its origin of COVID-19 and if it had actually escaped from a Wuhan lab. The Chinese government has not been cooperative as journalists and the Trump and Biden administrations have sought more facts. Recently, an international group of scientists and researchers issued an open letter calling for an independent investigation, separate from the WHO effort, which they say has lacked the independence, expertise, and access needed to adequately investigate the source of the pandemic, including the potential for a lab accident. “Efforts to date do not constitute a thorough, credible, and transparent investigation,” the letter, published by The Wall Street Journal, said. This virus has killed 2.7 million people worldwide, and the Lt. Governor believes the public deserves the facts and an independent investigation."

When asked by 10TV about the decision by Husted to use the phrase "Wuhan Virus" instead of avoiding the phrase, which is not the official name for COVID-19 according to WHO and can lead to stigmatization, a spokesperson for his office replied:
"It has nothing to do with ethnicity, it has to do with geography. Just as others refer to the Midwest variant, the UK variant, the South African variant, the Brazilian variant, or throughout history, the Spanish flu, German measles, Lyme disease, and West Nile virus are all connected to a location have nothing to do with ones ethnicity.

More responses from Ohio leaders to Husted's tweet are below:

Worst. Take. Ever. These pathetic attempts to be Trumpier than thou are so disheartening. I actually kinda respected Jon. https://t.co/LHo6F22vZh