The man drove through Joe's Pub & Grill on East Dublin-Granville Road just after 6 p.m., according to the bar's owner Amanda Huffman. 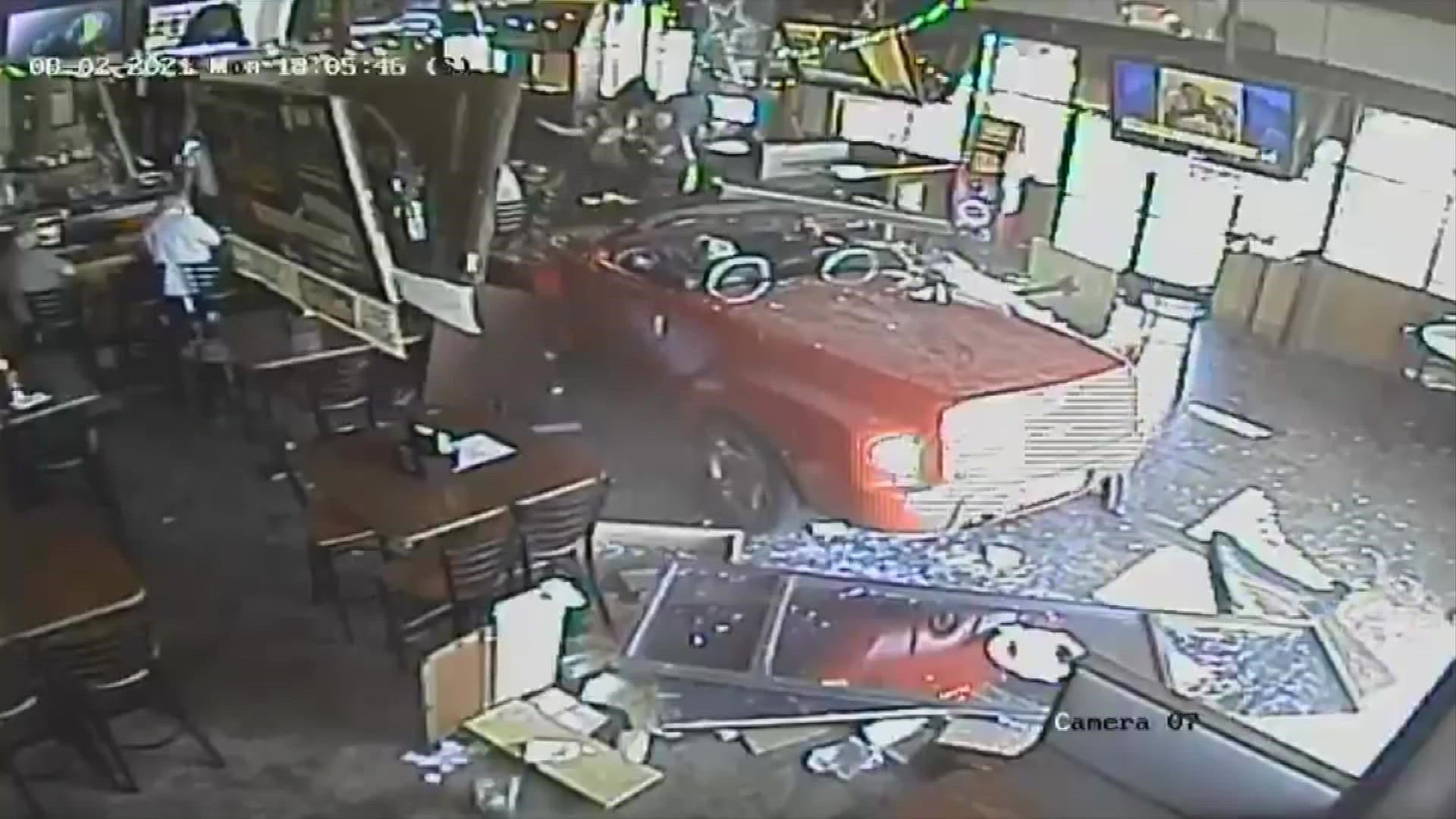 WESTERVILLE, Ohio — A man drove his truck through a restaurant in Westerville Monday evening.

The man drove through Joe's Pub & Grill on East Dublin-Granville Road just after 6 p.m., according to the bar's owner Amanda Huffman.

Security cameras within the bar, formerly known as Average Joe's Pub & Grill, show the red Chevrolet SSR drive through the glass doors and into the restaurant where patrons were sitting at the bar.

Nobody was injured in the incident, according to police.

Huffman said the man had just left the restaurant.

She said the man did pass a field sobriety test. According to police, the man suffered a medical incident that caused him to lose feeling in his legs and drive into the restaurant.

He refused to go with medics to go to the hospital.

The man was ticketed with failure to control.

Huffman said the restaurant will be back open on Tuesday at 11 a.m.