Protesters nationwide are looking for a resolution to police brutality and racial injustice. 10TV talked with a local faith leader to understand his unique perspective on the response to George Floyd’s death and the protests taking place in Columbus. 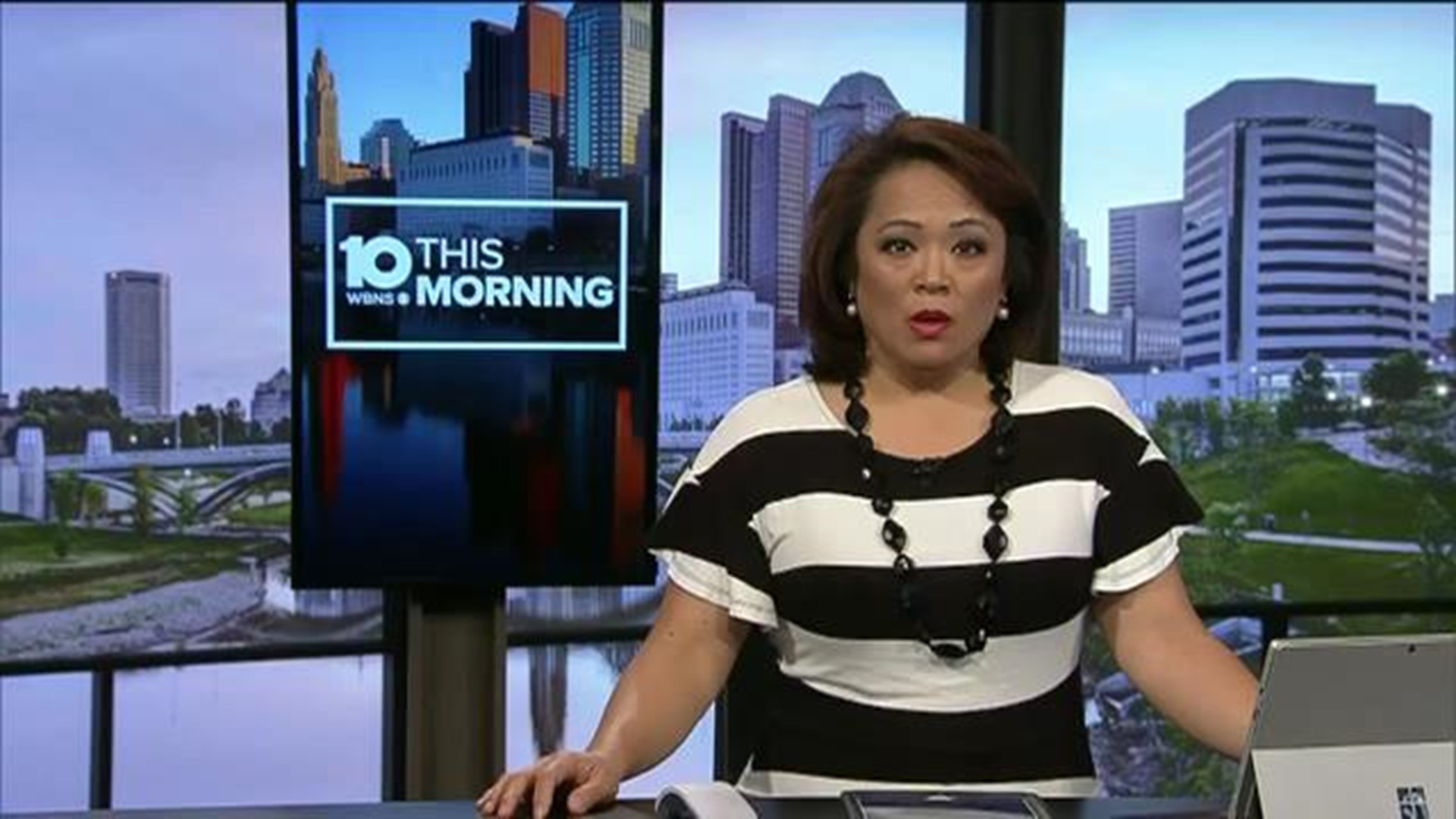 COLUMBUS – Protesters nationwide are looking for a resolution to police brutality and racial injustice.

10TV talked with a local faith leader to understand his unique perspective on the response to George Floyd’s death and the protests taking place in Columbus.

On Saturday, May 30, Minister Art Davis was at the Statehouse protest, megaphone in hand, urging for peace.

“I am saddened that we're here, that we have to be here. But I am also encouraged that there are so many people who are listening and paying attention and a lot of people for the very first time getting involved in this fight - you know, of the fair treatment, you know the right to basic rights that black people should have in this country and in our city that we live in,” Davis said.

Davis, who is an associate minister at Mt. Nebo Baptist Church in North Linden, makes sure he is present as much as possible wherever people are meeting, to act as a kind of crowd control.

“I try to tell the police any time I encounter them at the events, ‘Control your people. We’ll control our people,’ trying to make sure that we can be that buffer between people who are very angry,” Davis said. “I think that’s very important as our faith leaders because we do want to see peace.”

Davis works to explain to his congregation why people are tired and angry and their role in being active and helping those that feel oppressed, he said.

“That is what Jesus did. He came as a minority in a country where his people were not from and felt oppressed and were under someone else's government and it's much like what we endure today. And it is our job to give that message of peace, hope and love but also, you know, treat people fairly,” Davis said. “And laws that are not correct, change those. I want my congregation to be on the front lines and on the right side of history when our children or grandchildren look back on 2020.”

Davis also told 10TV that he has a personal family connection the unrest in Columbus this week.

“I have been following policing issues for quite a few years here in Columbus,” Davis said. “I actually had a cousin who was killed by Columbus Police a few years ago.”

In the early morning hours of June 19, 2009, James Anthony Hill Jr. was killed by police after robbing a person outside a gas station and firing a shot in east Columbus, according to investigators.

A police review board found that the two Columbus officers were within policy when they opened fire. However, Davis told 10TV his family disputes the case today.

“We dispute facts stated by CPD and unfortunately, with them investigating themselves, we have come to accept that we will never know the truth,” he said. “If their account is true, which would be well outside of Jay’s character, we have no trust in them to accept it.”

One of the changes Davis would like to see within the police department is to adopt the use of an outside investigator to come in to investigate the use of force, especially deadly force, and share the findings before a citizen’s review board.

Davis explained he also wants to see changes to the Fraternal Order of Police (FOP) contract with the City of Columbus, which allows someone who was fired for excessive force to return and fight the city for their job back.

Davis referenced the case of Columbus Police officer Zachary Rosen, who was reinstated by an arbitrator after he was shown in a cellphone video stomping on a suspect in North Linden.

“That’s a slap in the face to our community when we have repeatedly said this person is a problem,” Davis said. “Finally someone at City Hall listens and then the union gets his job back.”

Another policy Davis told 10TV he would like to see adjusted surrounds the use of force and how crowd control is approached in Columbus.

“We need to change that; the police showing up in riot gear, tear gas and mace. That has to stop,” he said.

Davis told 10TV there have also been a number of items sent up to the mayor’s office over the years, including access to resources and programs for youth.

On Tuesday Mayor Anthony Ginther and Police Chief Thomas Quinlan addressed the community on the protests and the calls for change in Columbus.

“The people who want change, we will walk with them, and we will implement the changes the mayor lays out. We're committed to that.,” Quinlan said.

Mayor Ginther added to the message, saying, “We know the expectations of the community will change over time. Our job is not to police based on minimal standards but meeting and exceeding community standards. So this will be ongoing work so that everybody in our community feels served and protected, as opposed to policed.”

As for the protests, Davis explained he is for peaceful protesting but that he is also realistic and realizes that people have a reaction to actions that are done to them.

“I think if our policing would change, we would see less of the breaking things and that sort of thing,” he said. “I think that is a cry of, ‘We’re here to be heard and we still aren’t being heard.’”

In that address to the city Tuesday, Chief Quinlan addressed the vandalism committed by some people following protests in Columbus.

Mayor Ginther noted that this is the first time the city has experienced a situation of this magnitude.

“This is the first time we have seen, as a community and with this division of police, the type of protest over an extended period of time where these criminal groups have attempted to hide and hijack peaceful protests,” Ginther said. “It’s challenging to know there are criminals among these peaceful protesters. We’re doing our very best. When we make mistakes we will acknowledge them. The ability to peacefully protest is at the heart and core of our country and values.”

When asked how Davis feels about the current state of the city and if any change has been made, he said he is “prayerful.”

“To be completely honest, as someone who is new to this fight, it may look like change. To me, who has been in this fight for quite a few years, it looks like what I have seen in years past,”

Davis said. “The police act like they’re listening to us, the mayor acts like he’s listening to us and then when it’s time to come to the table nothing changes so I’m prayerful as a man of faith that this time, because it has so much attention, it will actually change.”