A service will be held next to the church on Sunday. 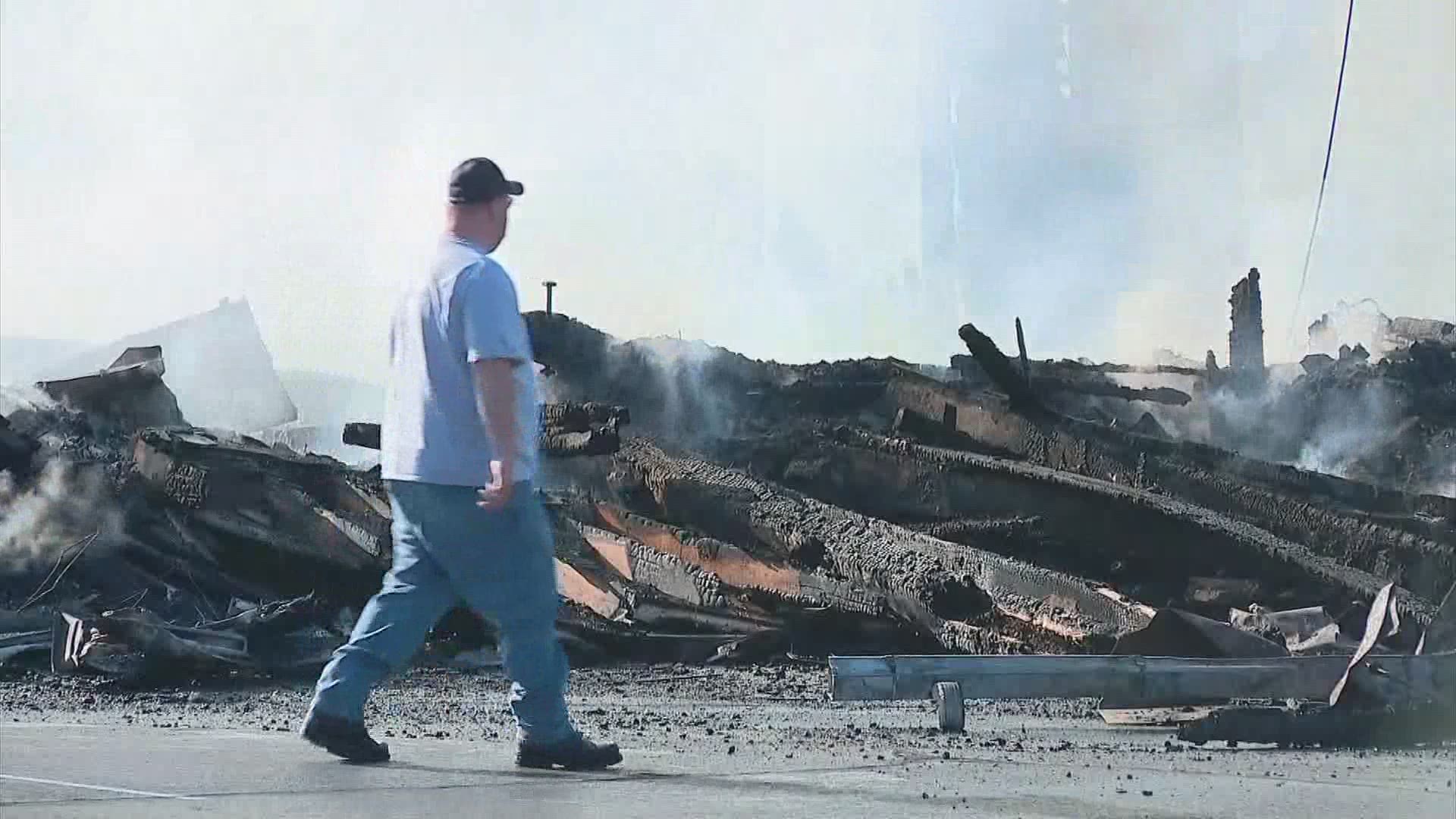 MADISON COUNTY, Ohio - A church in Madison County was destroyed in a fire early Thursday.

The Madison County 911 center received a call from a passerby at 4:38 a.m.

Firefighters from Union, Champaign and Franklin counties were called in to assist battling the fire.

No one was in the church at the time of the fire and no injuries were reported.

Emmit Green, who was only serving his second day as lead pastor of the church, told 10TV the church still plans to have service on Sunday around 10:15 a.m.

“Buildings can be replaced,” the pastor said.

“There are some emotional memories here for a lot of people and I understand that but nobody’s hurt.”

The church group's first service was in 1810, according to the Plain City Historical Society.

Back then, people met in homes, barns, or schoolhouses.

The society said the church building was built in 1861.

The cause of the fire remains under investigation.