Even as Ohio reopens economy, some small business owners closing for good 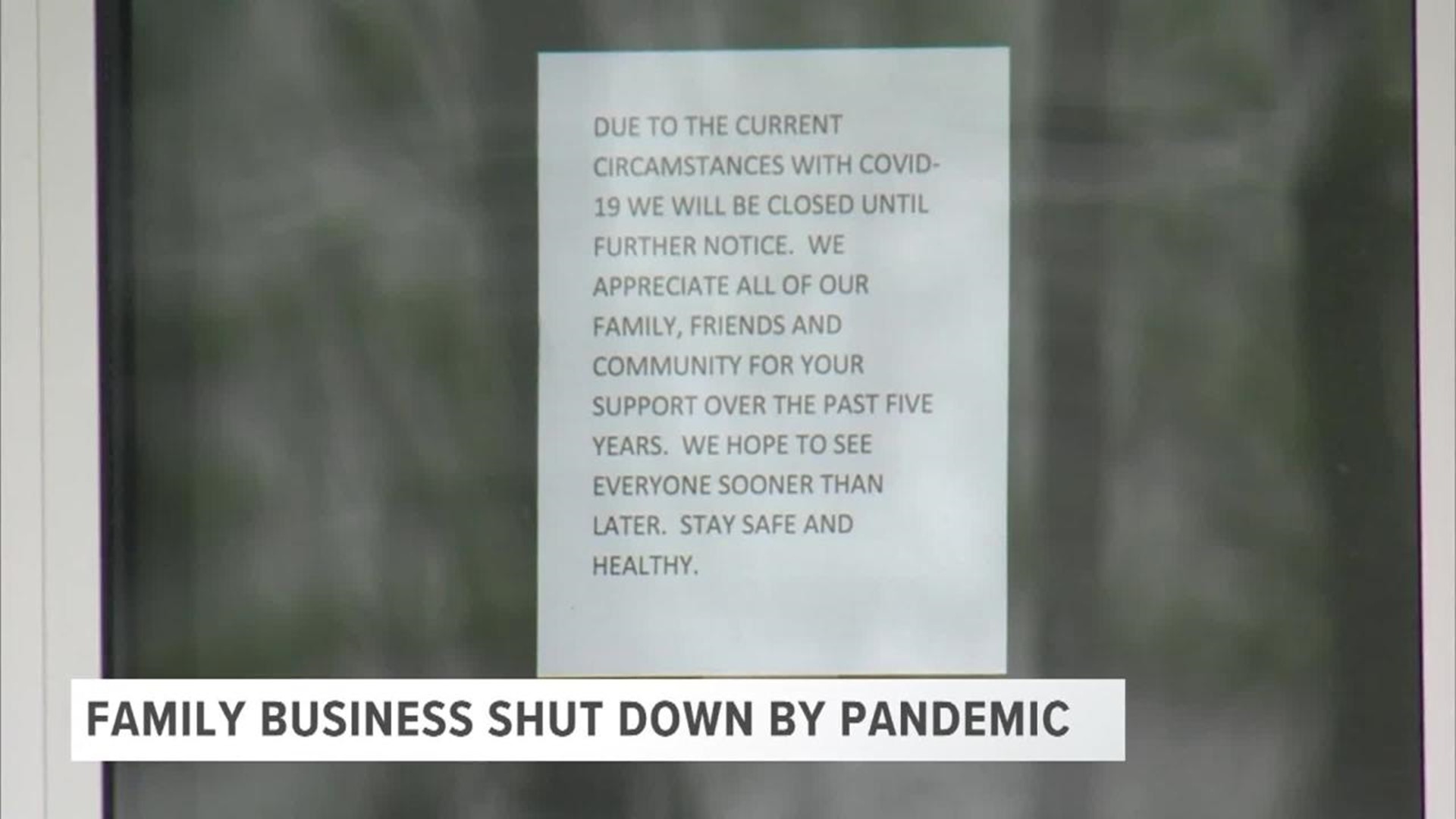 Though Ohio has started the process of re-opening its economy, some small business owners are making the tough decision to close their doors for good.

Firefly American Bistro in New Albany was the vision of Chef Jason Baehr.

"Anybody can come in, wearing anything they want. It's supposed to be family-friendly and comfortable, but great food, great service," Baehr said.

But it took his entire family to make that vision a reality.

"It's been a wonderful experience and priceless to spend the last five years with my son creating this," said his mother, Kathleen Perrine.

The restaurant was named for a favorite memory from summer times spent at the lake.

"I'd chase fireflies by the bonfire," Baehr said. "And as I grew up and had my own kids, they would go to the same area and did the same thing. And when we were trying to figure out what we were going to do about the restaurant, my mom, dad and I were sitting around the bonfire like 'Hmm, Firefly. Why not?'"

"It didn't catch on until year three," he said of the restaurant. "Once year three hit, it just blew up. It was great. We had a constant slew of regulars that would sit at the bar, it was like 'Cheers.'"

Then the virus hit.

"When we started looking at the future part of this with the restrictions, it made it more challenging because of the numbers," Perrine said. "You're looking at probably 25 to 40, 45 percent revenue. And you can't survive as a restaurant like that."

Friday, Kathleen and Jason called each of their 42 employees, and told them individually, that Firefly was closing for good.

"She was the mom of this restaurant," Baehr said of his mother.

"It was not just doing their work," Perrine said. "We took great pride and care about learning about them, about knowing their families and if they had any issues, anything like that. They could come to us. That was important. I feel that same way about my kids and my grandchildren. I want them to know we would always be here for them."

"Even to have a family dinner with everyone, one last time would be great," said Baehr. "But we technically can't do that yet."

"It's heartbreaking," said Perrine. "It's a huge loss. It's like a death almost. We worked very hard to create this. We're very thankful for having this time with the community. And we do have faith that eventually something good will come out of this. Don't know what that is yet, but you have be positive and look for the good."