Columbus State to remove statue of Christopher Columbus; is City Hall next?

Columbus State Community College announced it will remove a 40-foot, 20-ton statue of Columbus from its campus. 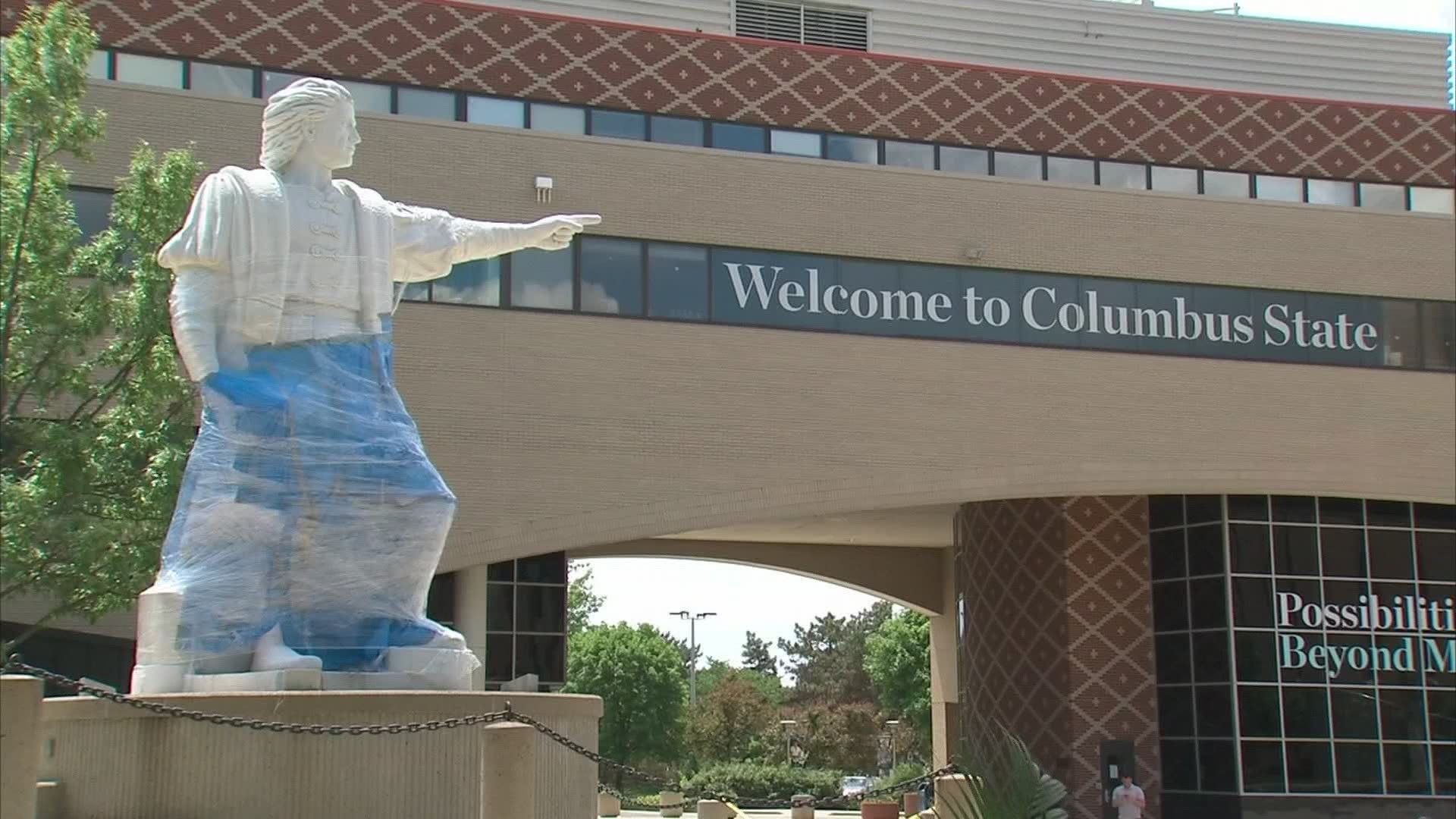 COLUMBUS, Ohio — The City of Columbus is named for Christopher Columbus.

But at least one prominent tribute to the Italian explorer is coming down.

Tuesday Columbus State Community College announced it will remove a 40-foot, 20-ton statue of Columbus from its campus.

And one city leader is calling for the Columbus statue at City Hall to also be removed.

The massive statue at Columbus State is partially covered after it was defaced over the weekend.

Tuesday in a statement to students and faculty, Columbus State's President said the statue's removal "is a symbolic gesture of our commitment...to continue and accelerate the fight against systemic racism. Recent events, including the senseless deaths of African-Americans and the resulting anguish across the nation, compelled us to act on a years-long internal dialogue about the statue and the message it sends in our community."

The School's Board of Trustees Chair said, "We do not seek to erase history, but to make an intentional shift in what we visibly honor and celebrate as an institution."

Christopher Columbus participated in slavery and violence against the indigenous people of what became America.

At least one local Italian club says it understands not honoring Columbus in public spaces but hopes this statue can be donated and displayed on private property somewhere.

"I am not at all protesting them taking it down,” said Columbus Italian Club member Bill DeMora. “I understand why they're doing it, I understand it's offensive and means things to people that it doesn't mean to Italians, and I'm not disputing that at all. My biggest complaint is, if they're going to take it down, instead of destroying it, the Italian community would welcome these things with open arms. It would go on private property and we would maintain it, and it would be something for the Italian community to still look upon with pride, over a native son who the city is named after."

So what about the Columbus statue outside of City Hall?

Tuesday City Councilmember Elizabeth Brown tweeted "Christopher Columbus led the brutalizing and murder of indigenous people in this hemisphere. It's (past) time for his statue at City Hall to go!"

Mayor Andrew Ginther’s Office tells 10TV it is "evaluating the best way to acknowledge the pain that symbols like this evoke."

City Council President Shannon Hardin says, while it isn’t critical to the daily lives of residents, he is open to moving the statue from City Hall.