Urban Meyer acknowledges suspension could be a part of his legacy

Meyer told reporters it was a “cumulative” series of events – including his health, the current strength of the football program and this summer’s scandal that Meyer said all played a role in his decision to step away. 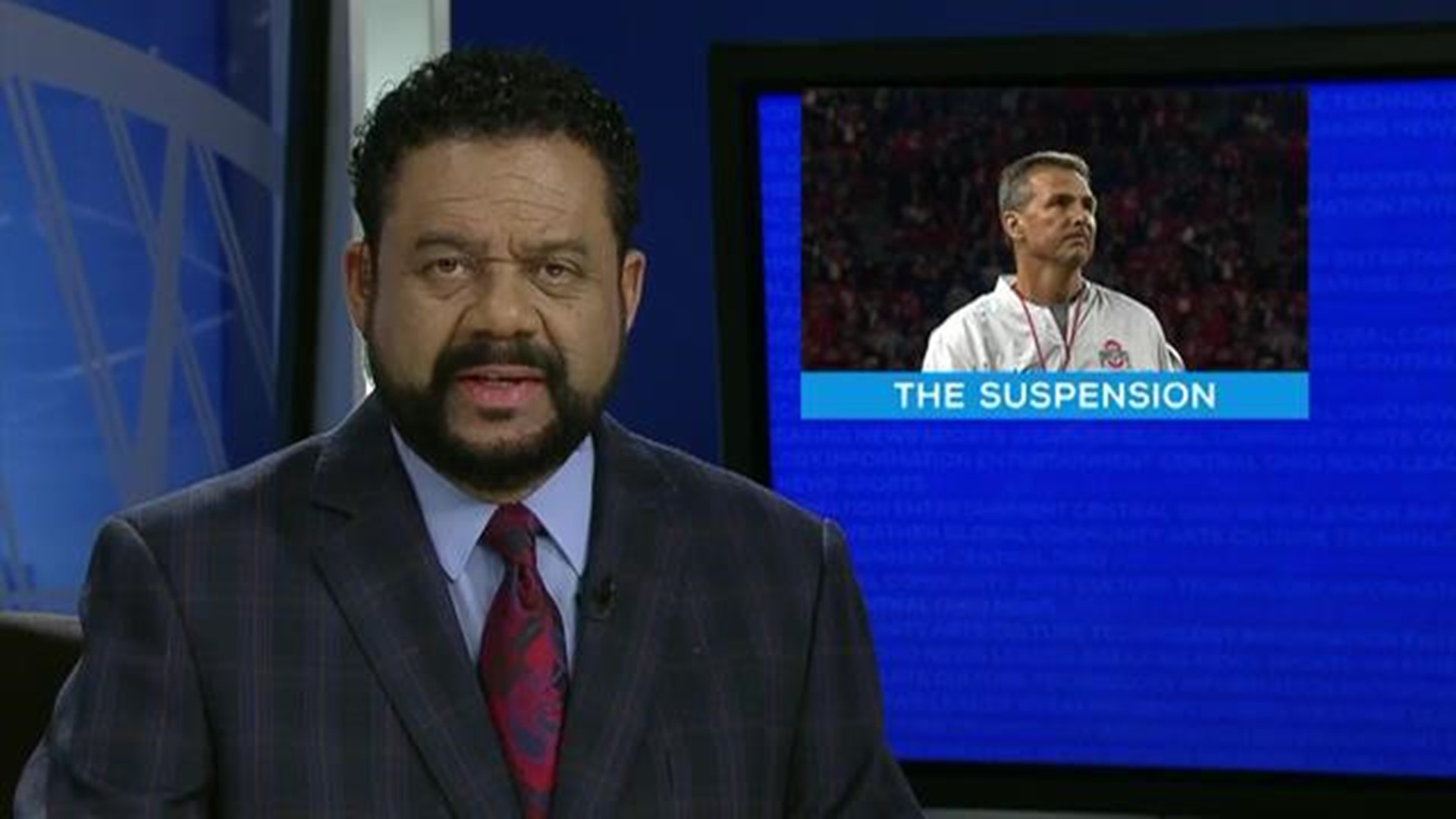 COLUMBUS – Calling the events of this summer “difficult” and “disappointing,” Urban Meyer acknowledged that his three-game suspension earlier this year could impact his legacy.

“I'm sure it will it. I haven't really thought that through. It was a disappointing time obviously. But I think today, this is about celebrating a new football coach. This is about a very strong program and a group of players that just won back-to-back championships. The legacy you can only control so much. I can lie to you and say that's not important to me. Any human, that's important to you. People have their opinions… and just do the best to do things the right way, ” Meyer told reporters during a Tuesday afternoon news conference.

He was responding to a series of questions about his legacy and how the events of this summer may have swayed his decision to walk away from a successful Ohio State Buckeyes football program.

Meyer told reporters it was a “cumulative” series of events – including his health (a brain cyst has caused Meyer repeated and painful headaches), the current strength of the football program and this summer’s scandal that Meyer said all played a role in his decision to step away.

Asked directly if the suspension was one of those factors in his decision, he said: “Sure.”

Both Meyer and athletic director Gene Smith were suspended earlier this season for their handling of a domestic abuse allegations involving now-former wide receivers coach Zach Smith, who was fired by Meyer and OSU this summer.

Both Gene Smith and Meyer learned of a 2015 domestic dispute call to Powell Police involving Zach Smith and his ex-wife Courtney. Courtney alleged that she had been abused but no charges were filed. Powell’s police chief has previously told 10 Investigates that they did not think they could win the case in court.

An investigation conducted by a New York law firm hired by the university found that while Meyer and Gene Smith “neither condoned or covered up the alleged a domestic abuse by Zach Smith, they failed to take sufficient management action relating to Zach Smith’s misconduct…”

Specifically, the law firm of Debevoise & Plimpton found that both Gene Smith and Urban Meyer failed to adhere to the precise requirements of their contracts when they “concluded that they needed to await a law enforcement determination to file charges before they reported the otherwise disputed claims of spousal abuse against Zach Smith.”

Zach Smith was fired by the Meyer and OSU in July after Meyer learned of a protection order that had been filed against Zach by his ex-wife Courtney Smith. Zach Smith was also charged with trespassing in May of this year. Smith has since resolved the matters in court, pleading to a lesser charge of disorderly conduct in October. He did not reply to a message seeking comment Tuesday. Neither did Courtney Smith or her representatives.

Meyer caught criticism this summer for initially telling reporters that he lacked specific knowledge about the 2015 incident. In a statement, Meyer later said he misspoke.

10 Investigates is also still waiting on a number of public records requests to be fulfilled by the university. It’s been four months since 10 Investigates made those requests. A university spokesman says they’re working on them.