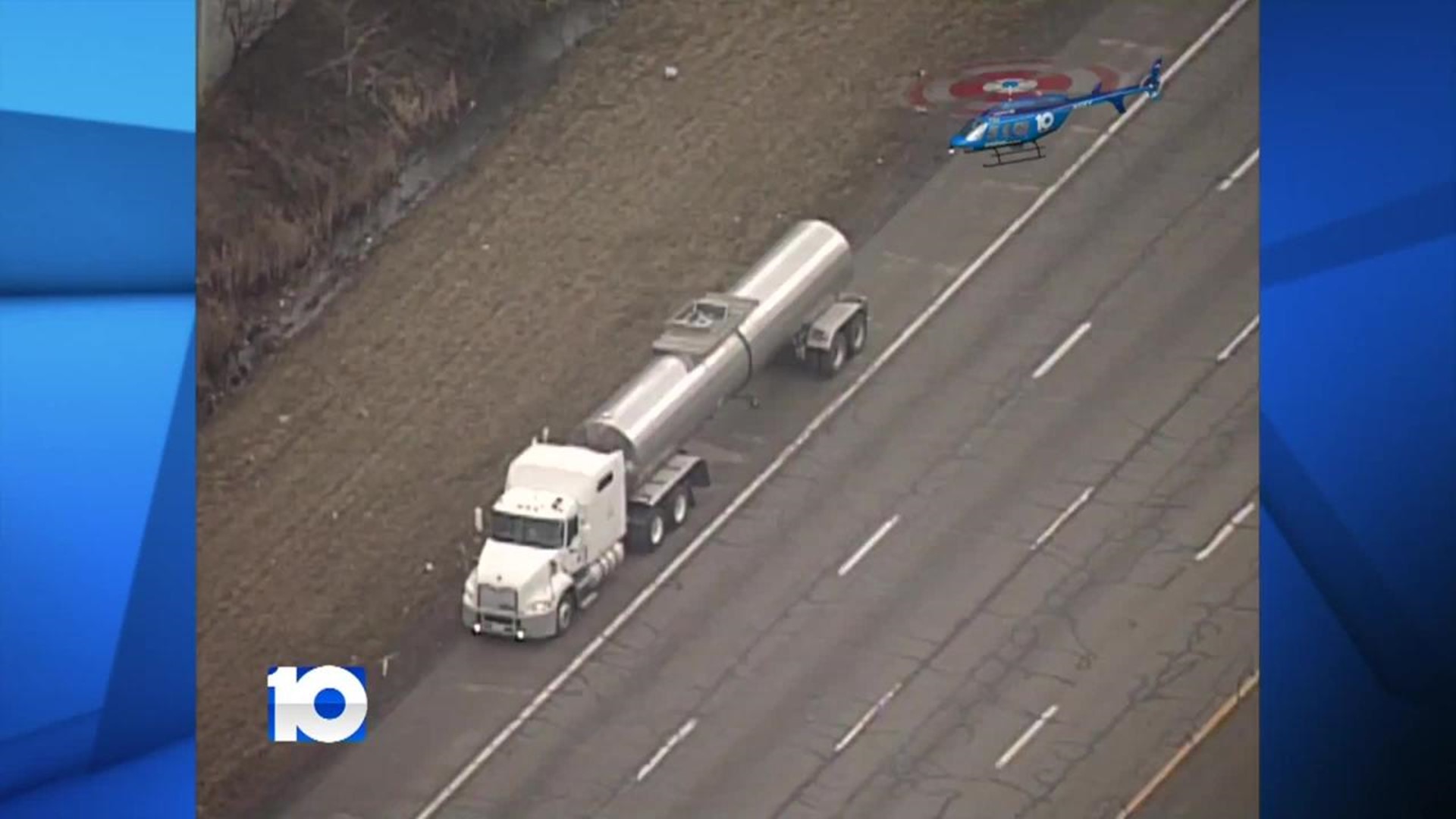 The driver of the leaking hazmat truck that shut down I-71 on Thursday is now facing criminal charges.  Police say that driver was taking illegally taking hazardous materials through the city

Columbus Police charged truck driver Richard Holloway - who was traveling from Canton to Texas - with two misdemeanor charges.  Holloway is accused of ignoring multiple signs outside the I-270 beltway warning drivers not to take their hazardous chemicals towards downtown Columbus.

The semi-truck caused a neighborhood evacuation and shut down parts of interstate I-71 for hours - keeping people from getting home during rush hour.

A police officer pulled over the truck after noticing it was carrying a hazardous load illegally inside the Beltway.   The officer's throat was irritated by coughing after seeing something leak from the trucks valves.  Columbus Police  tell 10 Investigates the driver also removed the truck's safety valve.

The truck was carrying potentially deadly sodium hydroxide inside, but the leak turned out only to be a watery substance.

Columbus City leaders made driving a toxic load through the city one of the most serious crimes - setting fines up to a thousand dollars and allowing possible jail time.

New signs gave a message for hazmat truckers: Go around Columbus and take the 270. Avoid coming close to downtown.  But many truckers still ignore the signs.  10 Investigates pulled every 2013 traffic ticket written by Columbus Police.  They cited 147 chemical loads filled with explosives and chemical compounds.

10 Investigates also pulled all the toxic truck court appearance and discovered almost all offenders plead guilty and received no more than a $250 fine.

Considering Columbus Police say the driver tampered with his trucks safety valve and caused the hours-long shutdown of an interstate, he may face a greater punishment from Franklin County Environmental Court.