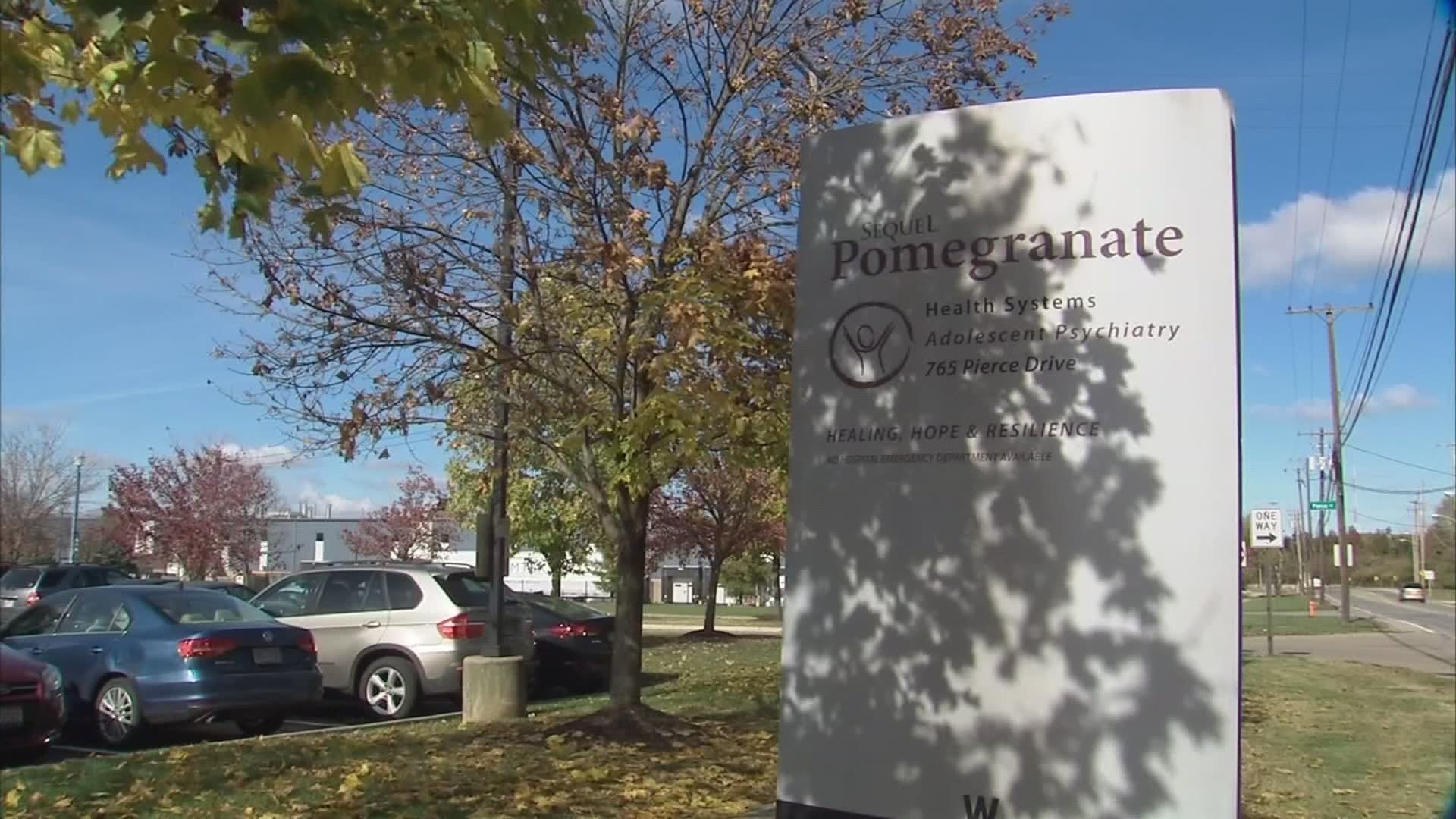 A state agency is threatening to suspend admissions and revoke the license of a troubled psychiatric treatment facility for teens following a spate of recent assaults, incidents and COVID-19 infections that have left both staff members and youth sick or injured.

The Ohio Department of Mental Health and Addiction Services, which licenses Sequel Pomegranate, provided 10 Investigates with a copy of the letter it sent to the facility.

The letter, dated June 12, was released Monday through an open records request.

In it, OHMAS Director Lori Criss lays out several incidents – dating back to March – that detail why the state is seeking to revoke the license of the troubled youth psychiatric treatment facility.

There have also been recent incidents in which staffers have been hurt by the teens who reside there - most of them between the ages of 12 to 17.

In March, the Columbus Division of Police were called to Sequel Pomegranate on the report of a riot. On that day, a staff member suffered a laceration and a broken thumb after an altercation with a teen.

In addressing the incidents of March, Criss wrote: “The failure of staff to respond to events on March 19 and 21, 2020, created an environment in which clients were being violent towards each other and staff, resulting in physical abuse and neglect.”

In April and May, there 16 reports submitted to the state of children who had harmed themselves at the psychiatric treatment facility – many of whom required hospital visits or stitches through either cutting themselves with things like pieces of broken toilets or swallowing foreign objects including batteries.

There were also reports that the facility had failed to keep the state abreast of current COVID-19 infections among youth and staff.

The letter from OHMAS to Sequel Pomegranate’s CEO Jeff Rice includes a notation that there was no nurse on-site at the facility during the weekend of May 9 and 10, 2020, “despite 13 youth having tested positive for COVID-19 and Sequel reporting that each youth would receive a daily nursing assessment.”

The letter went on to state that Sequel also failed to submit timely plans to address the infections and that “Sequel has demonstrated a lack of overall urgency and responsiveness related to the COVID -19 issues and Department requests.”

Sequel Pomegranate is entitled to a hearing on the matter and needs to notify the state within 30 days.

In response to a request for comment, Sequel Pomegranate issued the following statement:

“We have been in contact with the Ohio Department of Mental Health and Addiction Services regarding our license. We have several options that we are reviewing with our team and outside legal counsel, and will continue to work directly with the state and our partners to address any deficiencies. In the meantime, we continue to make improvements at the program to ensure we fulfill our responsibility to the youth we serve.

Sequel's commitment to providing informed behavioral health treatment and ongoing, compassionate care to at-risk youth nationwide, including the Columbus community and throughout Ohio, remains unchanged, and we continue to be unrelenting advocates for those we serve.”

News of the state’s threat to revoke the facility’s license came on the same day that an advocacy group released the findings of its nine-month investigation.

“These children are being hurt. There's no doubt they are being abused and neglected. And we want to see that change,” said Kerstin Sjoberg with Disability Rights Ohio.

Between July of 2019 and February of 2020, Disability Rights Ohio visited the facility five times, interviewed more than 40 children and found what it called “pervasive and disturbing problems” including children who alleged that they were hurt through painful restraint holds. The facility had been cited by the state last fall for improper holds.

The state has previously threatened to revoke the license of Sequel Pomegranate’s acute hospital. But the facility entered into a settlement agreement with the state in which it promised to correct its issues.

This latest threat by the state to revoke the residential treatment license follows the settlement agreement previously made with the state.