The state nursing board has suspended the licenses of two former Mount Carmel nurses tied to the patient dosing scandal. 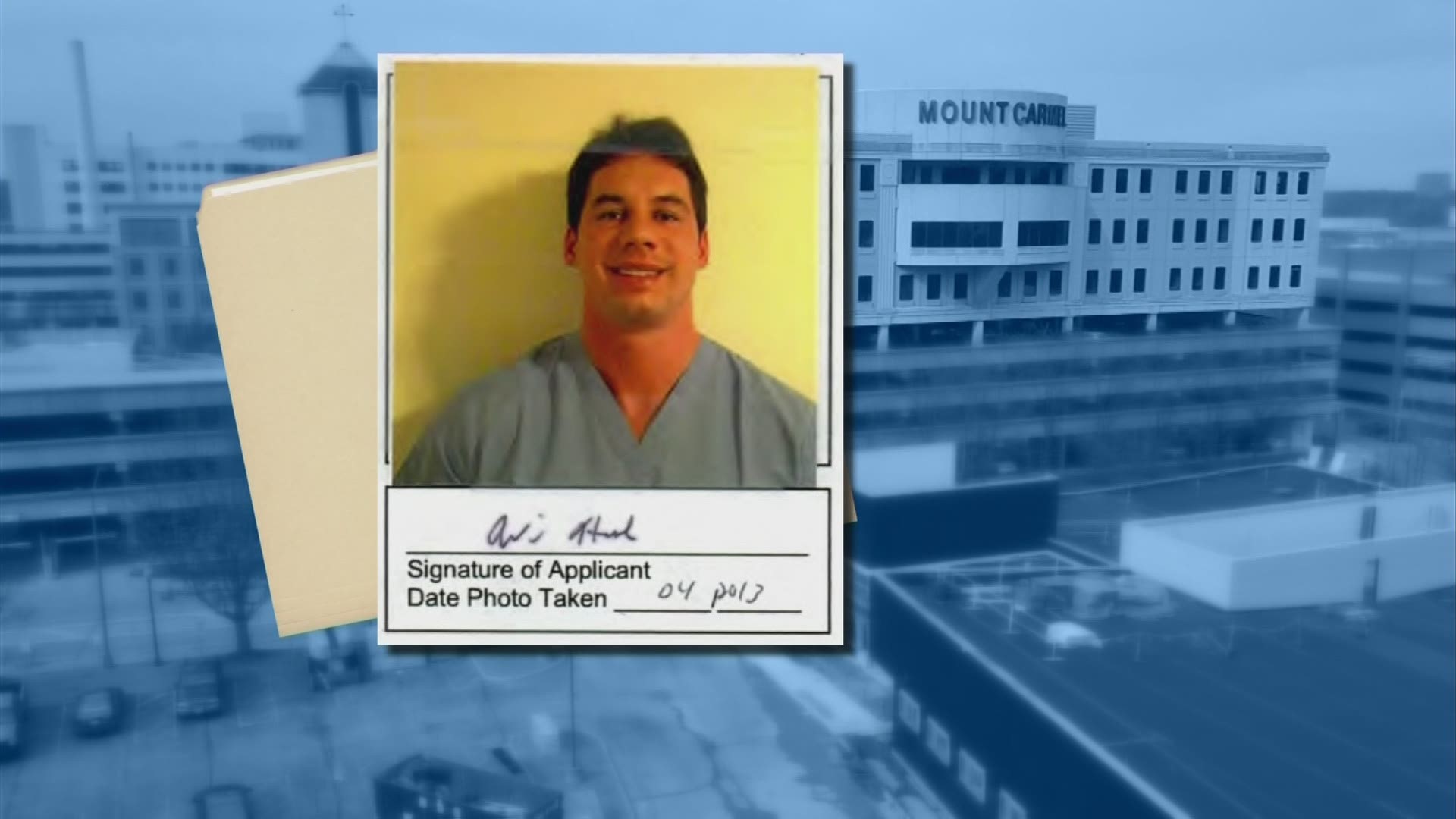 The state nursing board has suspended the licenses of two former Mount Carmel nurses tied to the patient dosing scandal.

Nurses Wesley Black and Jordan Blair will have their nursing license suspended for one year, according to records provided by the state’s nursing board.

Neither has worked as a nurse in the past year.

Records associated with the civil lawsuits and those provided by the nursing board show that Penix died on November 20, 2018.

Her medical records provided by her family’s attorneys show she received 2,000 micrograms of fentanyl and 10 milligrams of Versed.

She was the last of 35 patients identified by the hospital to die while under Dr. William Husel’s care between 2014 and 2018.

Husel has pleaded not guilty to murder charges related to 25 of those patients.

His trial initially set for June has been delayed until 2021.

His attorneys have said that he was providing comfort care to dying patients.

Black and nurse Jordan Blair also cared for patient Rebecca Walls, records show, who died the day before Melissa Penix after receiving 1,000 mcg of fentanyl and 10 milligrams of Versed.

Blair is also tied to patient Donald McClung, who unlike most other patients tied to the scandal, was not on a ventilator and records show McClung said “he wanted to be done, he wanted to die,” according to nursing board records.

McClung and the other patients are not identified by name in the nursing board documents, but their dates of death and dosages line up with the original lawsuits and documents previously reported by 10 Investigates.

McClung’s medical records show he was given 4 milligrams and later 6 milligrams of Dilaudid.

Husel is the only person facing criminal charges, but pharmacists and nurses have received disciplinary measures from their respective licensing agencies. Mount Carmel was also fined $400,000 by the state board of pharmacy and has paid out more than $13 million to settle lawsuits filed in wake of the scandal.

During their appearances Wednesday before the state board of nursing, both Blair and Black addressed the nursing board. Both gave praise to Dr. Husel, characterizing him as a doctor many nurses trusted because of his training and expertise in anesthesia and time spent working in Mount Carmel’s intensive care unit.

Jordan Blair said that at Mount Carmel, nurses were “taught to follow the attending physician’s orders.”

Black said that after being fired for Mount Carmel in July of last year he suffers from post-traumatic stress because of the situation and was forced to move across the country. In explanation himself to the board of nursing, Black said: “I watched Dr. Husel go above and beyond to try and heal patients, and we fought for their lives," Black said. "I watched him perform miracles when other doctors couldn't or wouldn't try, and for these reasons, to hear and learn that he may have not been doing things within the standard of care has been very challenging to accept.”

Attorneys for both nurses argued they should be protected by the comfort care immunity law, records provided by the nursing board show.

But the nursing board raised concerns that both failed to question the high doses.

A hearing officer, who recommend each by suspended, noted that “It does not take a rocket scientist to realize, however, even from this limited information, that the dosages ordered by Dr. Husel were extraordinary and potentially hazardous under the conditions they were being given.”

The nursing board also confirmed that Former Mount Carmel nurse Sharon Surber turned in her nursing license – after being accused of failing to question a dose of 500 mcg of fentanyl given to patient Thomas Matthews Jr.

10 Investigates reached out to the nurses and their attorneys Thursday.

This story will be updated if we hear back.