The Ohio Attorney General’s Office considers the materials to be hazardous because of the way they were mishandled. 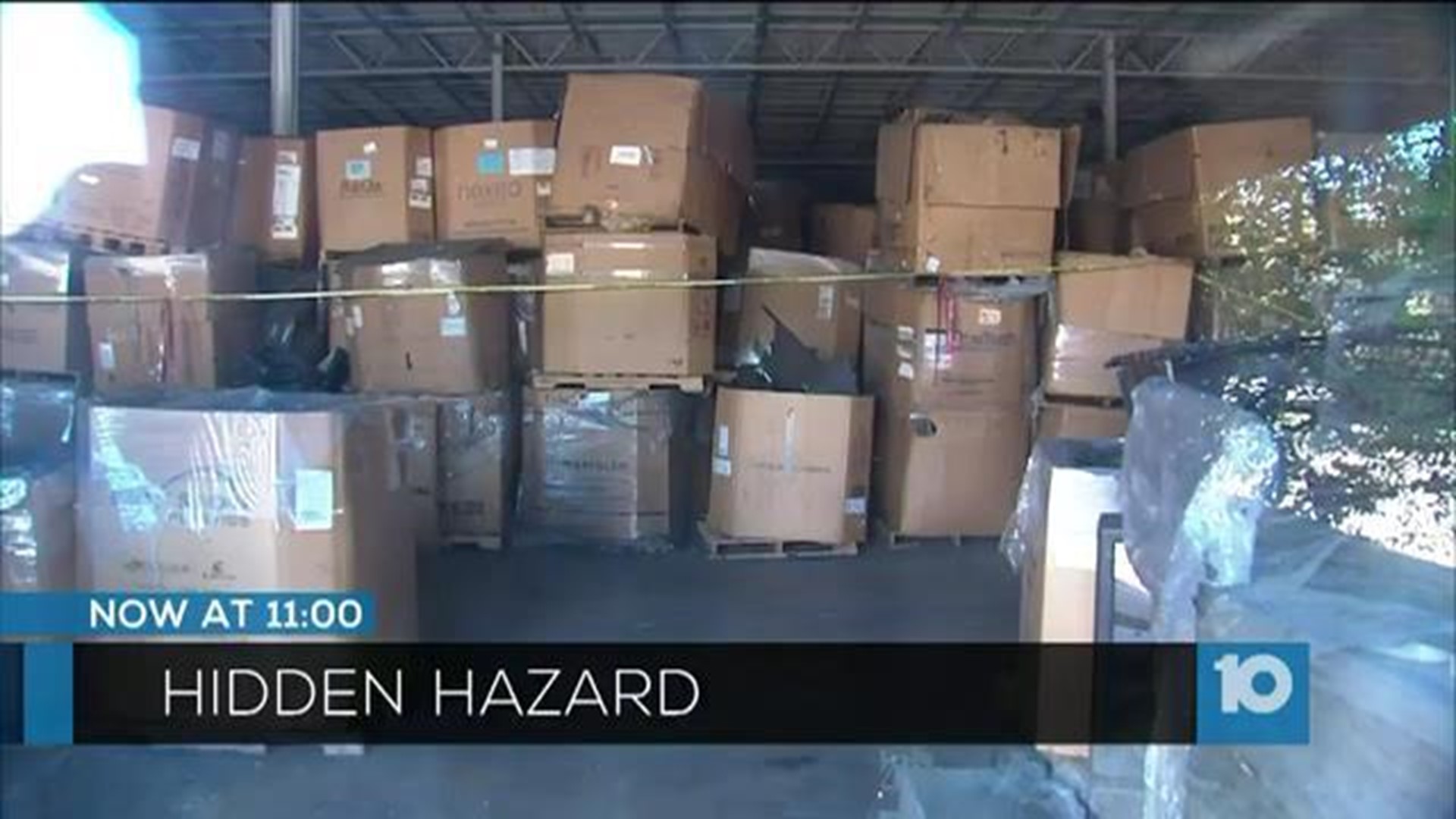 COLUMBUS (WBNS) – It is hidden in plain sight – 160 million pounds of electronic waste left abandoned in massive warehouses on Columbus’ south side.

The Ohio Attorney General’s Office considers the materials to be hazardous because of the way they were mishandled. So what is it?

Old tube televisions and monitors containing cathode ray tubes. The CRTs, as they are called, are considered hazardous because they contain lead, which has been known to cause developmental problems in children and have adverse health effects for adults.

The materials have remained untouched for years and ongoing litigation has delayed the clean-up – which is estimated to cost $18 million.

The companies that planned to recycle the materials, Closed Loop Refining and Recovery and Closed Loop Glass Solutions, closed up shop in 2016.

According to lawsuits filed in federal court, Closed Loop is being sued by the owners of two separate warehouses – one on Watkins Road the other on Fairwood Ave. – accusing Closed Loop of running an elaborate sham recycling scheme that extended across the country.”

The lawsuit goes on to allege that “Closed Loop collected millions in illegal revenue while its arranger/transporter defendants saved millions of dollars in waste disposal fees… leaving the building’s owner to shoulder the “costs of removing nearly 10 acres of hazardous e-waste.”

One of Closed Loop’s former executives, David Cauchi, denied the accusation that his company was running a scheme but declined to be interviewed. Two other former Closed Loop executives could not be reached for comment.

Ohio EPA records show that Closed Loop applied to build a glass furnace as a means to recycle the leaded glass, but the lawsuit filed against Closed Loop alleges that the company “never had the capacity to install or operate a furnace.”

The Ohio EPA later issued a notice of violation against Closed Loop in 2016 after state regulators learned the company was moving materials to its another warehouse it was leasing on Fairwood Ave. and was not recycling the material.

“Honestly, it kind of blows my mind. I figured that they would've had somebody come in – demo all that stuff – take all of that out and clean it all up,” said Jeremy DeMoss, who says he used to work at Closed Loop.

He told 10 Investigates that he and other employees were caught off guard when the company announced it was closing in 2016.

“The end of the day came and they said ‘make sure your lockers are cleaned out because we don’t need anybody back on Monday.’ That’s when the red flags went out – like what exactly is going on,” DeMoss said.

The Ohio attorney general’s office declined 10 Investigates’ request for an interview but issued this statement:

Closed Loop Refining and Recovery, Inc. and Closed Loop Glass Solutions accumulated about 160 million pounds of CRT e-waste at multiple industrial properties in Columbus before abandoning their operations in 2016. CRT e-waste is largely composed of computer monitors and televisions which contain lead. If handled properly, this can be a universal waste, and subject to less stringent rules than hazardous waste. However, because Closed Loop failed to handle the waste properly, it is subject to hazardous waste laws.

Ohio EPA referred the case to the Attorney General’s Office. Because Closed Loop proved incapable of funding the cleanup, our office is actively negotiating with the property owners (who are also legally responsible for the environmental violations at their properties). As a result of our office’s efforts and the property owners’ cooperation, a pilot project has already removed over 150,000 pounds of e-waste. Our office is currently finalizing an agreement for a full cleanup of the properties, to be followed by a formal legal complaint and consent order in state common pleas court resolving the case.