The Ohio Department of Job and Family Services says it is working to combat the issue -- flagging 100,000 suspected fraudulent claims in December. 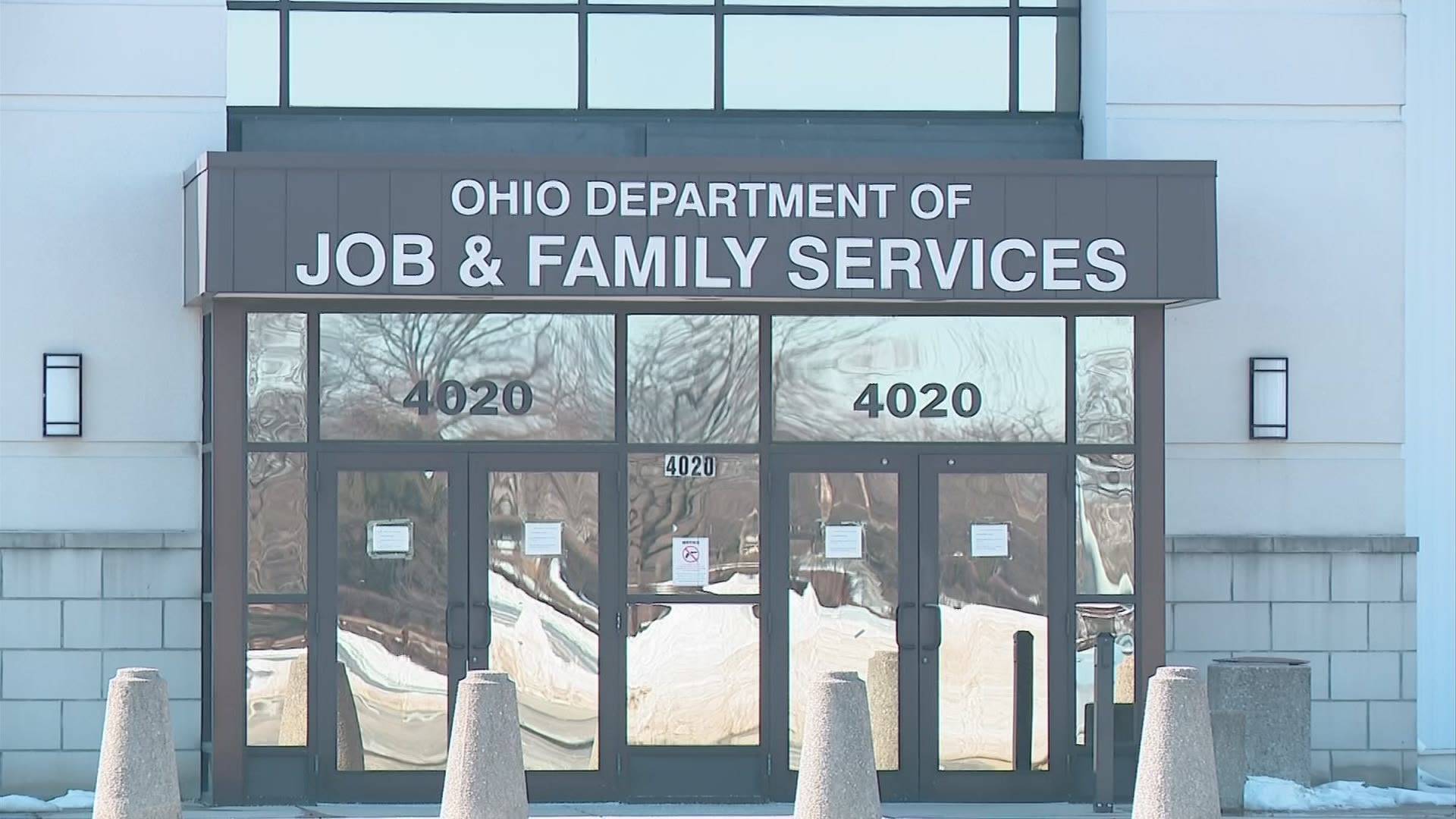 When the novel coronavirus struck last March, it shuttered businesses, forced layoffs and led to increasing fears of an economic downturn.

That’s when Doe Carter was worried.

What was going on was the worst pandemic in generations.

Carter – who goes by “Miss Doe” - is the owner of Shrimp Lips restaurant on South Parsons Ave.

During an interview with 10 Investigates last week, she talked about how unemployment initially impacted – and is still impacting – her business.

When COVID first struck, Carter says she had five employees quit – seeking unemployment benefits. She still hasn’t been able to operate her food truck and has relied on carry-out orders and family members to help work shifts.

But now well into 2021, Carter is dealing with a new issue: notifications she’s receiving from the Ohio Department of Job and Family Services asking her to verify that she has laid off more employees.

She hasn’t. Carter says these are fraudulent unemployment claims.

“Like 25 to 30 of them. And I’m like ‘Oh my God, what is this?’ And come to find out it was unemployment claims by people who were claiming that they worked here."

The same issue is happening down the street at J’s Sweet Treats and Wedding Cakes.

“So now we are getting four to time claims per week. Some are coming from the same people,” said owner, Juana Williams.

Williams says she has written to the Ohio Department of Job and Family Services, letting them know the notifications of separation are fraudulent.

10 investigates found the same thing happening to CCI Engineering Services, a Columbus-based engineering consulting firm, which received more than 750 of these notifications from ODJFS.

Individuals like Jan Sells from the Cleveland area are receiving them too.

She filed a complaint with the Ohio Attorney General’s Office. While the office does not investigate or handle unemployment claims, the agency has received 261 complaints related to unemployment issues in the two weeks between February 5 and February 19, a 10 Investigates’ analysis showed.

“If people are getting away with our hard-earned money that pisses me off,” she told 10 Investigates.

The Ohio Department of Job and Family Services says it is working to combat the issue -- flagging 100,000 suspected fraudulent claims in December alone before they went out, according to spokesman Tom Betti.

In the last week of February, another 120,000 jobless claims were filed with the state. ODJFS flagged another 21,000 as potentially fraudulent.

But the department has already paid out at least $330 million in bogus jobless claims. Ohio isn’t alone.

The report went on to spell out that between March 2020 and October 2020, the OIG found “individuals used a total of 226,829 social security numbers to receive (unemployment insurance) benefits totaling more than $3.5 billion. In one instance, a claimant used a social security number to file a claim in 40 states and received a total of $222,532 in UI benefits from 29 states.”

Blake Hall, the CEO of the cybersecurity company ID.me, says it’s hard to stay ahead of online scammers.

“And, and it really is a game of cat and mouse where we're just going back and forth where we put in new controls they adapt, we put in new controls they adapt, they switch from like one program to another - that program has different identity and eligibility rules and, and it's just on and on and just shows no signs of stopping as long as you know COVID is raging across our economy and the stimulus continues,” Hall told 10 Investigates during a recent interview.

Hall’s business, ID.me, has been hired by 21 states – not including Ohio – to help states verify identities when paying for benefits.

Last spring, when the state was overwhelmed with claims, state lawmakers grilled the director of ODJFS on its antiquated computer system.

Director Kim Henderson announced March 1 she is stepping down. After recently getting married, Henderson is relocating to North Carolina but will play an advisory role while the state searches for her permanent replacement at ODJFS.

During a March 1 press conference hosted by Gov. Mike DeWine, Henderson said it had been an honor to serve in that role.