Kelly Gleine is approaching day 365. She’s hopeful by then she’ll be cleared to go back to work. She’s also hopeful for the tiniest of victories. 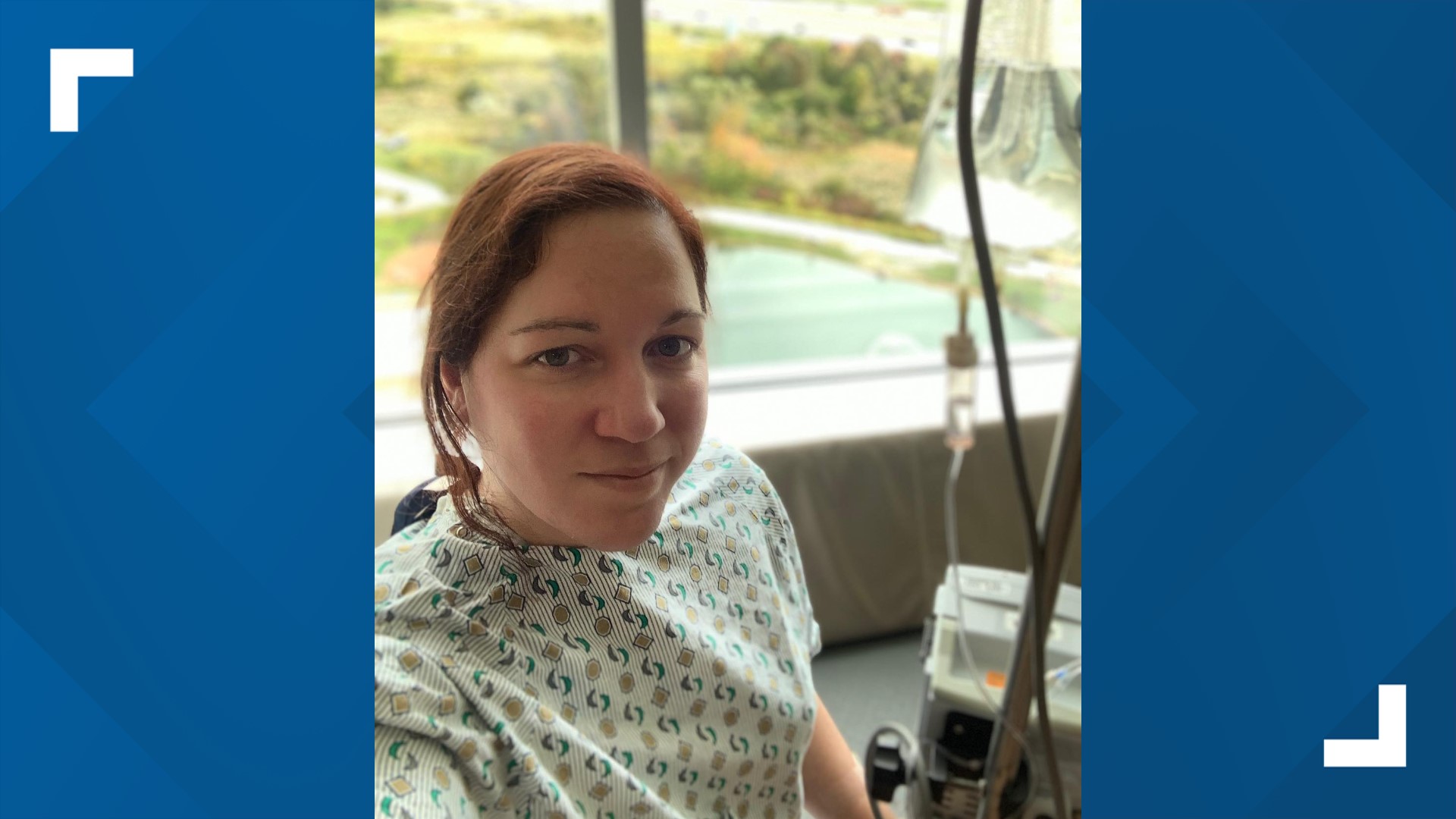 All she wanted was to be heard and understood. Three months ago, Kelly Gleine was heard.

Now closing in on one year her symptoms are still there.

“It’s been hard,” she said. “Let’s just say I talk to my therapist a whole lot more than I used to.”

Her symptoms, for what is now being referred to as Covid long haulers, are having a heart rate that skyrockets, fatigue, weakness in her hands, shortness of breath and tightness in her chest and lungs. She’s had 15 Covid tests. Only three were positive at the beginning.

“They’re giving me a whole lot of ‘Well, you could be fine, you could not be fine, but you’re not dead’,” she said.

She visits a pulmonologist, a cardiologist and a disease specialist among other doctors. Still, she says her future is in question.

“Are we closer now than we were two months ago to finding answers about long haulers,” 10TV Reporter Bryant Somerville asked.

Dr. Gastaldo, who is the medical director with Infectious Diseases at OhioHealth, says the cases of long haulers continue to grow both because it’s so new and because the shame people might feel not knowing what’s wrong. Those cases that have been reported, he says, have produced both good and bad news.

“The discussion basically boils down to symptoms exist,” he said. “People are having symptoms and we really don’t have good answers for them.”

The good news is that more people are talking about it. The National Institutes of Health now recognizes it. Gastaldo says discussion will lead to research and answers. Until then, he says what’s important is breaking the shame that some patients feel.

That shame is something Gleine says she experienced early on.

Another win for her, she says, is whereas at the beginning when doctors didn’t have a term for her ongoing ailments, now it’s on her medical chart, which serves as a reference for healthcare providers moving forward.

“Now that I have confirmation it’s taken off a little bit of the burden of fighting to get somebody to listen to you,” she said.

She still posts daily to Facebook showcasing how she feels. For a long time she struggled with knowing whether to get the Covid vaccine. Her doctors, she says, told her there wasn’t enough information to know for sure how it might affect her. Last week, on day 332, she received her first dose of vaccine.

Dr. Gastaldo says long haulers should get any vaccine available to them.

She still posts daily to Facebook showcasing how she feels. A question now, given the increase in vaccinations, is “should she get one?” She says her doctors say there’s not enough information to know for sure. Dr. Gastaldo says yes.

“The recommendation is for people who are post Covid to still get vaccinated and anecdotally there have been some long haulers who have had subjective improvement on their symptoms after getting vaccinated,” he said.

Gleine is approaching day 365. She’s hopeful by then she’ll be cleared to go back to work. She’s also hopeful for the tiniest of victories.

“If I made one person aware [of long haulers], if I helped one person find a path to get help…that’s all I wanted,” she said.