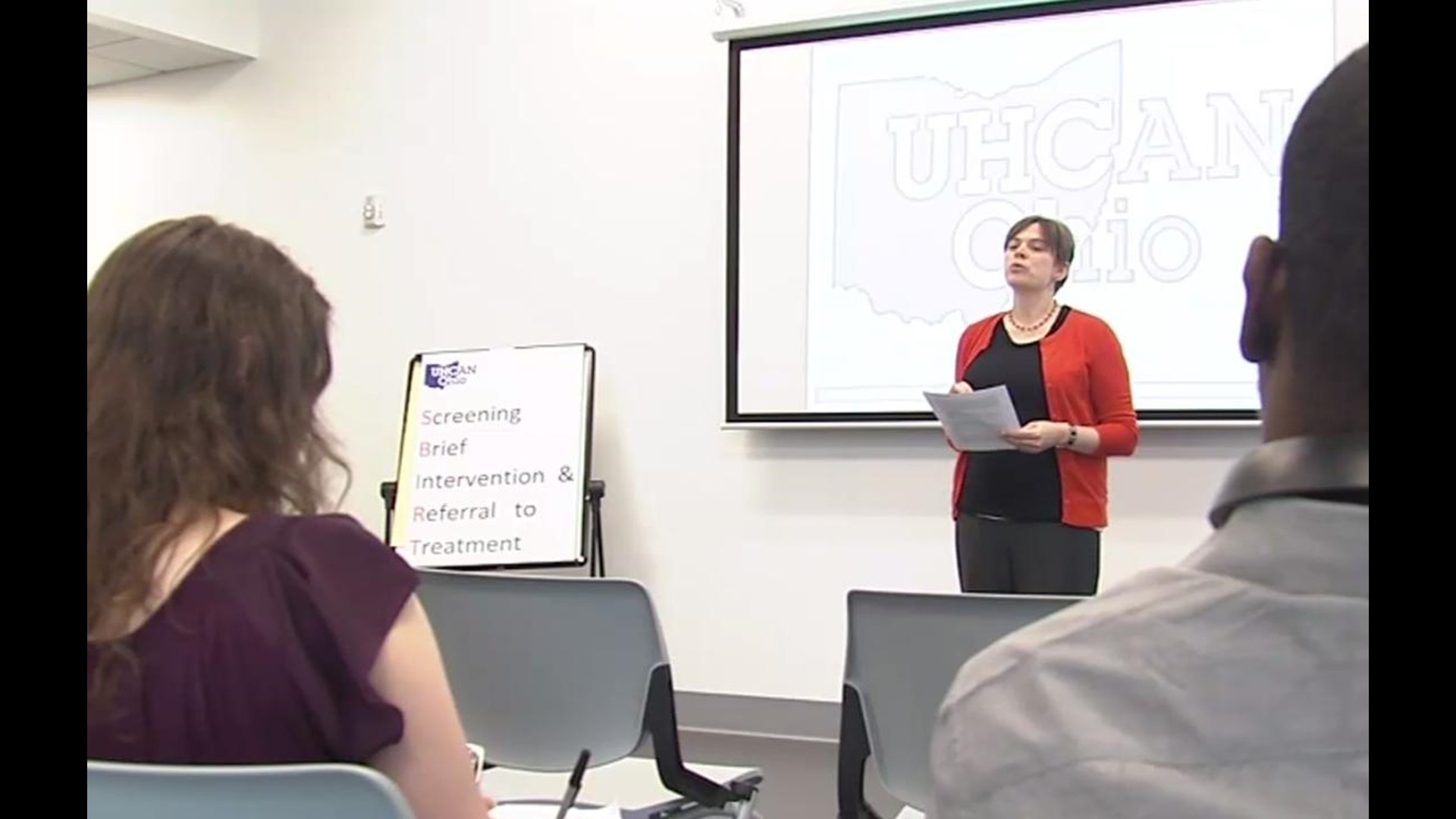 But not all students are convinced it will work.

"You see histories of drug use across all kinds of races and incomes," said Lainie Rini.  "The good and bad question about whether we should be doing more drug screening depends on the ramifications."

Rini and her friend Henry Peller have worked with at risk youth at The Ohio State University.

Both are concerned about increasing drug screenings through guidance counselors or other adult school officials.

"I see having to sit with the counselor and talk about hard decisions," said Peller.  "It just depends on what the consequences are of screening."

The consequences of not trying to intervene is what Ohio health experts say they're trying to avoid.

"We're looking to identifying kids who are at high risk," said Sarah Bielhl of the Children's Defense Fund Ohio.

Biehl says screening isn't about making accusations - if the questions are asked properly.

"Rather than ask do you use marijuana it could be something as simple as have you ever been to a party where marijuana is used," said Biehl.

"There's no magic bullet there's no magic peel," said Langford.  "We're looking at historical factors and the present.  We put those things together and come up with a plan of action."

Rini says the experts should focus less on the individual during screening and more on their circumstances.

"Their family, their school pressure, what other activities are there to do in their communities besides just engage in drugs," said Rini.

Consumer health groups say this will be a three year effort - all of it aimed at preventing addiction through early intervention.