Columbus police went to the Linden neighborhood on Wednesday to bring cheer to residents. 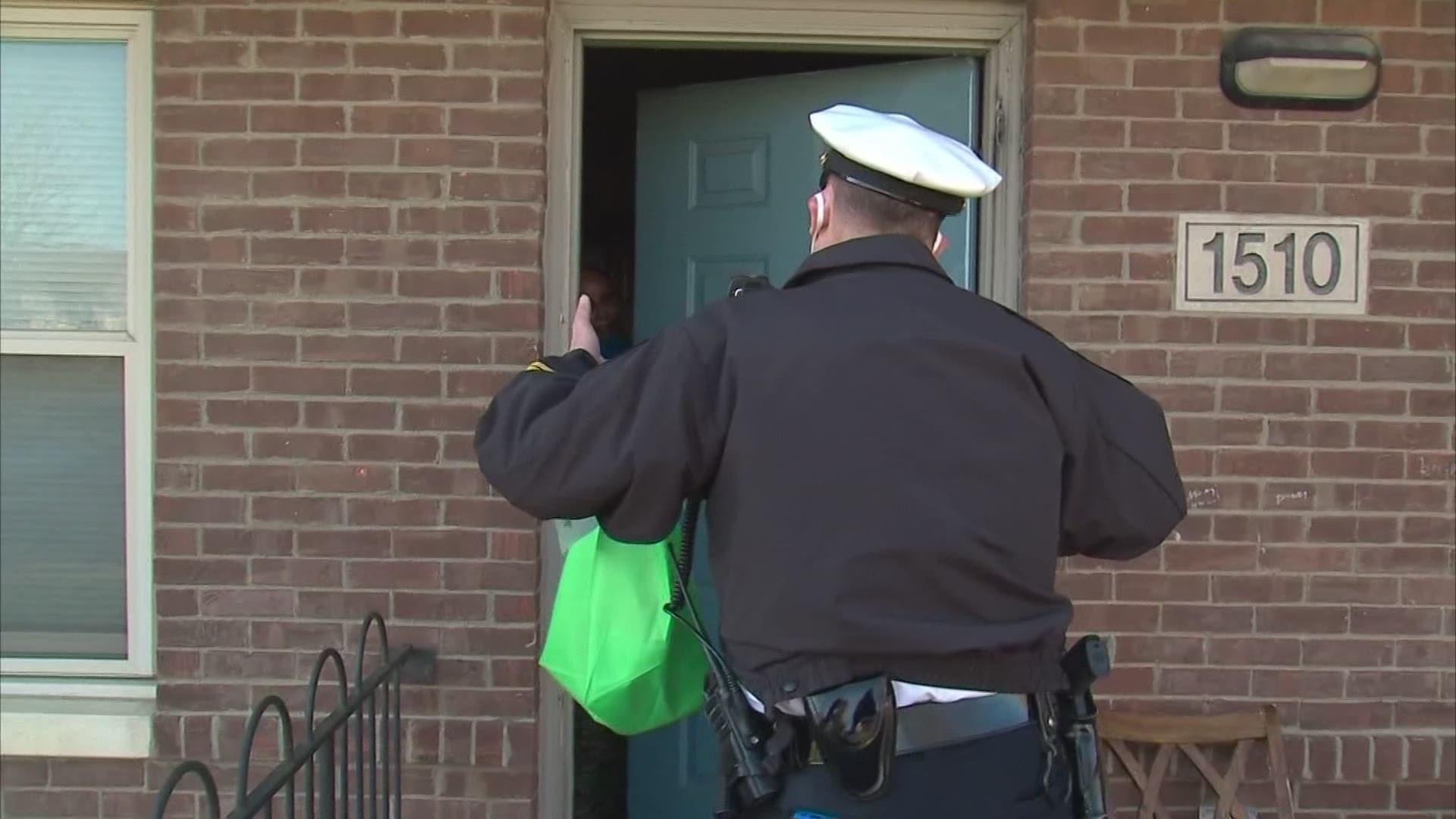 COLUMBUS, Ohio — Columbus police paid a visit to one neighborhood that's been shaken, but not broken, due to a string of violent crimes.

“There for a point if I was here in the house, I wouldn't even come out the door,” said Sheree.

Sheree lives on Vesta Avenue at the Rosewind Apartments in Linden.

Since this summer, there have been two homicides and another shooting on this block.

One of the homicides happened right in front of her house.

“It is very emotional for me,” Sheree said.

She received a knock on the door from Columbus police on Wednesday.

“It's definitely good to see them out here. They really did clean our neighborhood up,” she said.

Instead of flashing lights and crime scene tape, they arrived with a turkey and all the fixings.

“It's been a trying time. Now more than ever, just an opportunity we have to give back to the community is good,” said Columbus Police Officer Josh Bell.

Fifth Precinct officers Bell and Michael Daymut wanted to bring cheer to this neighborhood that has suffered so much heartache.

“Anything we can do to put a smile on people's faces, puts a shine on our day,” Daymut said.

They joined together with the Starfish Assignment, which received a donation from Kemba Financial to provide 150 families a Thanksgiving dinner.

“The premise of Starfish is if we can make a difference for just one person, then we will have done a good job,” said Starfish Assignment Founder, Nicole Banks.