There is much more to Jungle Jack Hanna than the man you see on David Letterman and his outspoken advocacy on animal conservation. Behind his trademark smile is a man whose family is in the midst of a very private battle. 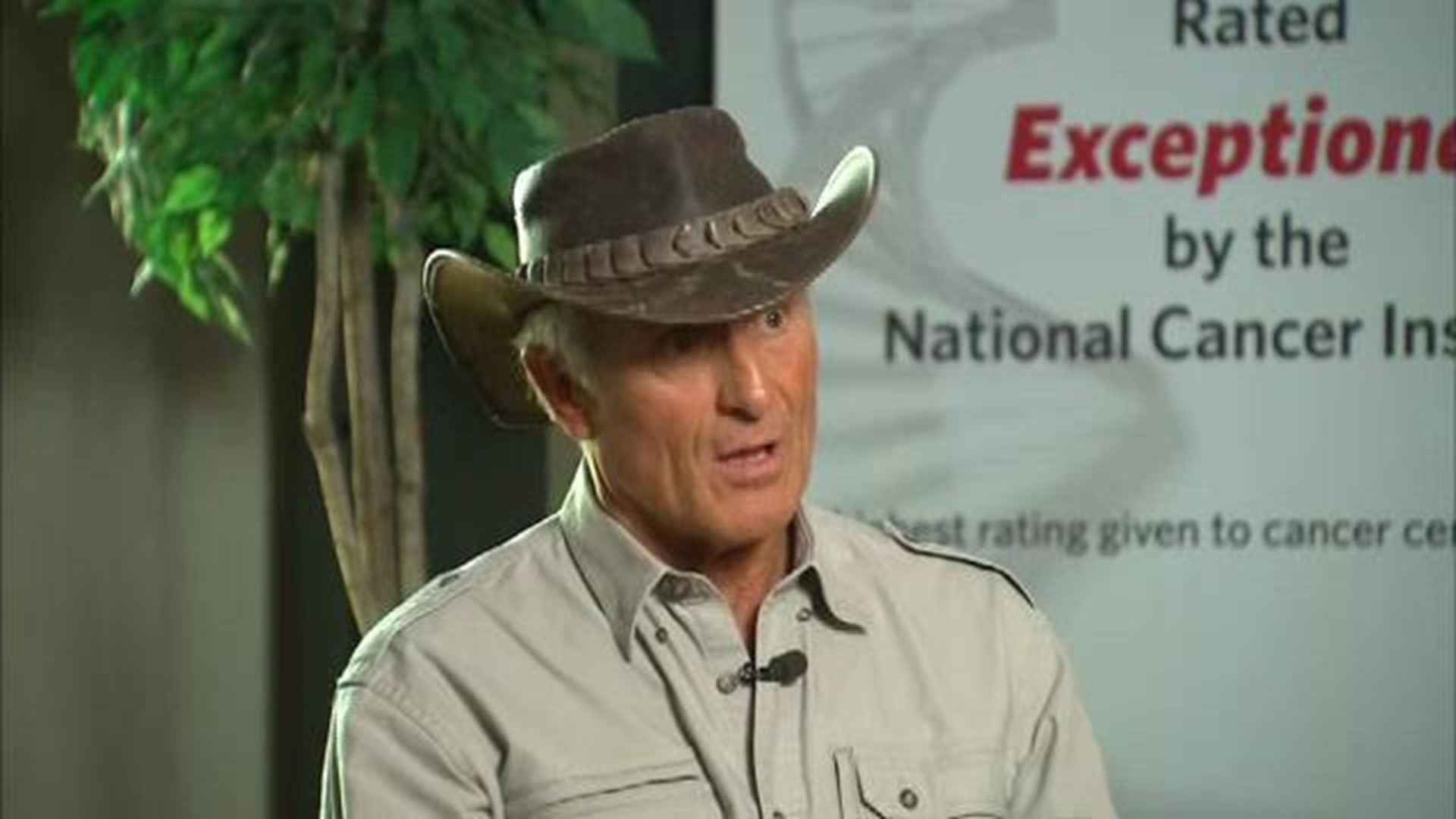 Thirty-four years after becoming the director of the Columbus Zoo, Jack Hanna recently spoke with 10TV's Andrea Cambern about his life away from wild animals.

In 1978, as his youngest daughter, Julie, battled leukemia in their hometown of Knoxville, Tenn., an opportunity arose that would change his fate forever.  A friend saw a help wanted ad for a zoo director in Columbus.  After discovering the care Julie could receive at Columbus Children's Hospital, Hanna was intrigued by the job and was undaunted by the state of the zoo's facility.

"It was getting ready to be closed," Hanna said.  (It was) ranked one of the worst zoos in the country.  But I never paid any attention to that.  I just saw that beautiful reservoir.  I saw a potential.  I said, 'This could be something else.  This is unbelievable.'”

Hanna, now 65, is credited with transforming the Columbus Zoo into the best in the U.S.  The zoo has become a destination and today brings in millions of dollars, but he admitted it came at a cost.

"I didn't get to see my daughters cheerlead -- maybe four times in four years," Hanna said.  "Their swimming, their tennis, my wife did all of that constantly.  (She) had the kids doing something, but I was constantly working, working, working, and I'm sorry to say that's what it took back then.  We didn't have time to save the Columbus Zoo."

Hanna said that if he had one wish left in his life, it would have been to spend more time with his wife and three daughters.

His family, including middle daughter, Suzanne Southerland, said he should feel no remorse.  Southerland calls her childhood, magical.

"I know he thinks we didn't get to spend a whole lot of time together, but the time we did get to spend was such quality time," Southerland said.

She shared a story about her sixth-grade science fair project when her father brought an elephant to class.

"They had to have this special ramp to bring him down to my classroom," Southerland said.  "I (will) never forget my friend walking down hallway, and all of a sudden, there was an elephant."

As Jack Hanna had hoped, she got an A.

In the early years, Hanna admitted not being around the family much and there were no vacations.  The family spent all of their free time at the zoo.

"The biggest Sundays the Hannas had, we'd go to church, pick up KFC and go there and pick up trash from a used golf cart," Hanna said.  "(The) girls would get off and see how much trash they could collect, and we had a ball doing it."

Kathaleen Stephenson, Hanna’s oldest daughter, said that the children developed a great work ethic.  She laughed as she reminisced about growing up following her dad's example.

"One of the first times we went to Busch Gardens or Cedar Point and we thought when you went to a place like that you were supposed to pick up trash," Stephenson said.  "I was 12 and Suzanne was nine and we were walking around picking up trash.  To this day, I can't go anywhere without picking up trash!!!!!"

The pair hosted "Hanna's Ark," which aired on WBNS-10TV in the early 1980s.  It was his first foray into a medium that would make him a household name and put the Columbus Zoo on the map.

Stephenson remembers her mom putting her hair in pigtails every morning before heading off to school because taping of the show would come after class, which was fine until she turned 13.

"It just wasn't cool and I chopped it all off," Stephenson said with a smile in her voice.  "My father was furious."

Jack's wife, Suzi, said that her husband's easygoing, magnetic personality is no act. What you see on TV, is what you get.

"He's just fun to be around, but more important than that, he's a man of character and I admire that so much," Suzi Hanna said.  "He is so who he is.  He really cares about people.  I could never be married to somebody who didn't care about people."

The couple started out as friends at Muskingum College and was married even before they graduated.  This year marks 44 years of what they call wedded bliss.

Their love for each other is matched only by their love of animals, Cambern reported.

"When we got married, the song that we danced to was 'Born Free,' and, to this day, (I) never heard of another bride and groom that danced to 'Born Free,' Suzi Hanna said.  When I say that, I get chills.  (We had) no idea where our life was going to go."

Julie Hanna, now 37, still has complications from her childhood illness.   The Hannas recently allowed 10TV News cameras inside the James Cancer Hospital at Ohio State where doctors removed a benign brain tumor.  They believe the complication came from radiation she endured as a child to kill her cancer.

"Back then, that's how they treated leukemia," Jack Hanna said.  "That's no longer done whatsoever, but we have our daughter.  Out of 12 kids on her floor at St. Jude (Children's Research Hospital), only two survived."

Jack Hanna said that when crisis strikes like his daughter recovering from brain surgery in intensive care, it is hard to put on a happy face.

"Sometimes it can wear on you," he said.  "I want to be happy all the time.  I don't know how to be any other way.  I try to keep it in a lot but you do cry, like when they took her from us before her surgery.  (It is) hard being that way all the time when something does go wrong."

Cancer has a way of stirring emotions.  The crisis encourages people to speak from the heart, Cambern reported.   That's what Hanna's daughters did while they waited downstairs in the hospital while Julie slept.

"It's so nice to have an example in a mother and father," Stephenson said.  "I would not change one thing about our childhood and everything they've instilled in us and I just pray that I can do the same for my children."

"We're so lucky," Southerland said. "I know that my husband says that my father is the greatest example of Christ because of his love for others."

Jack Hanna told Cambern that he believes in fate, but that there was a much higher power that brought him to Columbus.

"I also think the Good Lord was there with us and brought us here for certain reasons; to help the zoo, and obviously to save my daughter and that's what happened," Jack Hanna said.